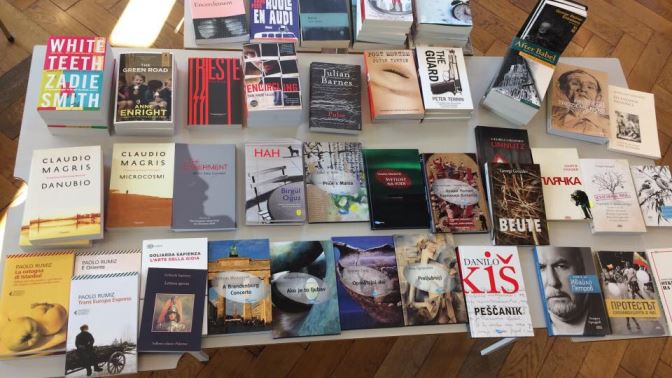 On 17th March, at Librebook – Bruxelles, a literary cafe in Brussels, two well-known and prize-winning authors will appear in an event set up by the National Book Council on occasion of Malta’s EU presidency. The event starts at 18:00 hours with Loranne Vella, who will read excerpts from her soon-to-be-released publication, Rokit. Rokit will be published one week before the event, on the 10th of March. In addition, Loranne will also be reading excerpts from the English translation of one of her works, These Four Rooms of Mine. In 2016 Loranne was awarded the Terramaxka Prize for her translation of ‘Violeta’ by Abril Calero (Vjoletta, Merlin Publishers, 2015).

Following Loranne, Alex Vella Gera will treat the audience to excerpts from his novel Trojan, which won him the 2016 National Book Prize for prose. Trojan centers on an individual, Ġanni Muscat, a man with a very particular view of the world and what he perceives as a deeply flawed and materialistic society. One phrase sums up everything for Ġanni – ‘id-dinja spiċċat’ (the end of the world is upon us). Alex will also we reading English language passages from his much-appraised novel L-Antipodi. 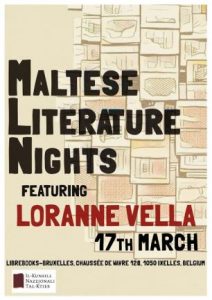 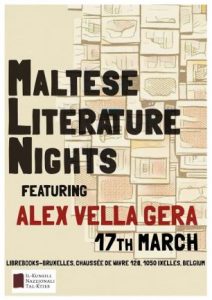