All you need to know about the Malta Book Festival 2018: events, guests, free shuttle service and more 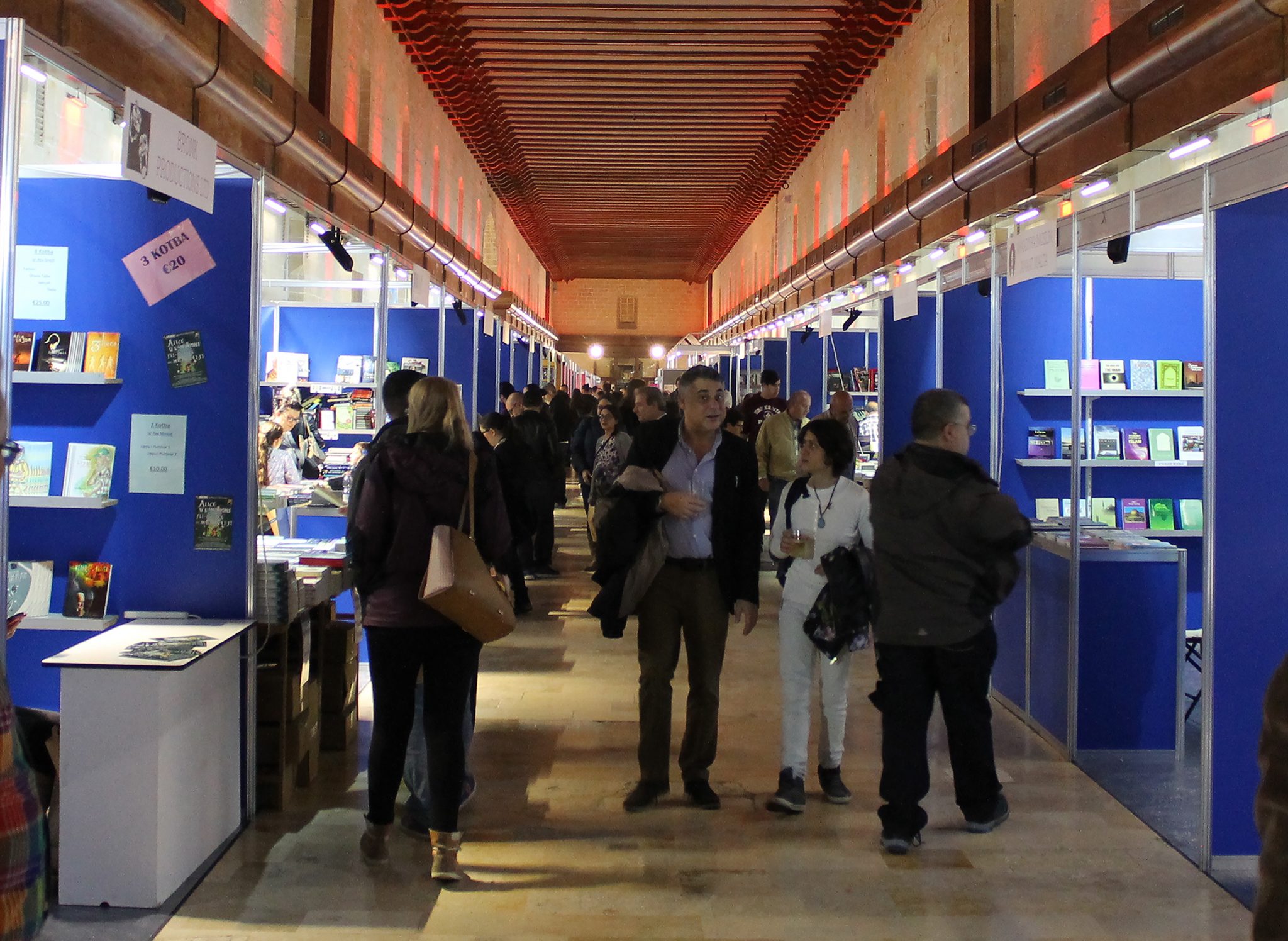 The Malta Book Festival, the most prominent and prestigious book celebration of the year, will open its doors at the Mediterranean Conference Centre, Valletta, on Wednesday 7 November and will be going on until Sunday 11 November. The programme of events for the 2018 Malta Book Festival is packed with well over eighty events that include book launches and presentations featuring local and international authors, conferences, talks and fun activities for children. The events are set up either by the National Book Council or by the participants in the Festival, which include Malta’s and international publishers, booksellers and NGOs. New to this year’s edition, the Malta Book Festival will double its space. There will be two exhibition halls – La Sacra Infermeria (ground floor) will host publishers, NGOs and libraries (both local and foreign), whereas book sellers and bookshops will be hosted in the La Vallette Hall (lower-ground floor).

The highlight of this year’s Malta Book Festival is the participation of world-renowned author and social activist Naomi Klein, who will be interviewed by local journalist Matthew Vella on Friday 9 November at 8 pm and on Saturday 10 November she will be having a book signing session at 4:30 pm. Naomi is the author of international bestseller The Shock Doctrine about disaster capitalism, which increased Klein’s prominence, with the New Yorker judging her ‘the most visible and influential figure on the American left’.

Another highlight is the conference, organised but the NBC, on ‘Literature in the Diaspora’ (Wednesday 7 November at 7 pm). Get to know how local and international writers Lou Drofenik (Malta/Australia), Nikola Petković (Croatia), Vera Duarte (Capo Verde) and Philip Ò Ceallaigh (Ireland), who, led by journalist and writer Teodor Reljić (Serbia/Malta), will discuss their own unique realities of displacement, and how their own social and political contexts shape their view of the literary diasporas. Lou, Nikola, Vera and Philip will also have author events dedicated to them. Other foreign guests of the Festival are British novelist, essayist and translator Tim Parks, and British writer Michael Amherst. Michael is the author of Go Where your Blood Beats, which questions the division of sexuality into straight and gay, in a timely exploration of the complex histories and psychologies of human desire. Michael will be interviewed by international activist and researcher Ruth Baldacchino and the event is co-organised by MGRM.

As a direct consequence of a bigger exhibition space, the Malta Book Festival is expecting to double the attendance rate of students visiting the Festival for the morning activities compared to last year’s edition, thus showing an increased popularity of the Festival with the younger audience – a direct result of the commitment that the National Book Council has taken to use the Malta Book Festival to promote a culture of reading and love of books among children and teenagers. At this year’s Festival, there will also be readings from Czech and Slovak literature, while the ‘Reading Champions’ ceremony will be awarding children who have excelled in reading or inspired others to read. New to this edition of the festival is the participation of the Malta Visual and Performing Arts School, that will be organising a performance based on Fittixni by Antoinette Borg, last year’s winner of the Terramaxka book prize.

Another main event not to be missed are the shows Books Come to Life by DANUSAN, who will be showing the importance of reading in their own hilarious way. The 1 hour and 30 minute shows are excellent for families with children, and will be held on Friday, Saturday and Sunday. For more information visit www.showshappening.com.

The NBC also organised events dedicated to Victor Fenech and Daphne Caruana Galizia, and the film premiere of Camilla by Shadeena. On Friday evening the Malta Book Festival will feature the celebration of Maltese poet Victor Fenech’s career and literary work. Victor, who has played a very important role in promoting Maltese literature and encouraging new authors, is the winner of last year’s National Book Prize Lifetime Achievement Award.

On Saturday evening, the National Book Council is dedicating an event to journalist and blogger Daphne Caruana Galizia’s legacy a year on her murder. Journalist James Debono will lead a discussion which will also focus on the controversies surrounding her character and writing. The popularity of Caruana Galizia’s news and commentary blog earned her the reputation of one of Malta’s most widely-read and influential writers. Also on Saturday is the film premiere of Camilla by Shadeena, directed by Stephanie Sant and adapted from Clare Azzopardi’s short story that goes by the same name. Camilla is the winner of the NBC Short-Film Literary Contest.

The public will be able to visit the Malta Book Festival hassle free: a shuttle will be available on Saturday 10 and Sunday 11 November all day to and from Publju Bus Stop, near the Independence Monument in Floriana, to the Mediterranean Conference Centre. This service is free of charge and will be running every hour. First trip from Floriana at 9:15 am on Saturday and 8:15 on Sunday. Last trip from MCC at at 22:30 am on Saturday and 21:30 on Sunday.

This year’s festival will take place at the Mediterranean Conference Centre, Valletta, starting from Wednesday 7 November until Sunday 11 November. The programme of events will be delivered in printed form to all households in Malta and Gozo in the next two weeks. You can download or view a digital copy of the programme @ http://ktieb.org.mt/national-book-festival. Find out more about the Festival @ https://www.facebook.com/events/2161321014103325/