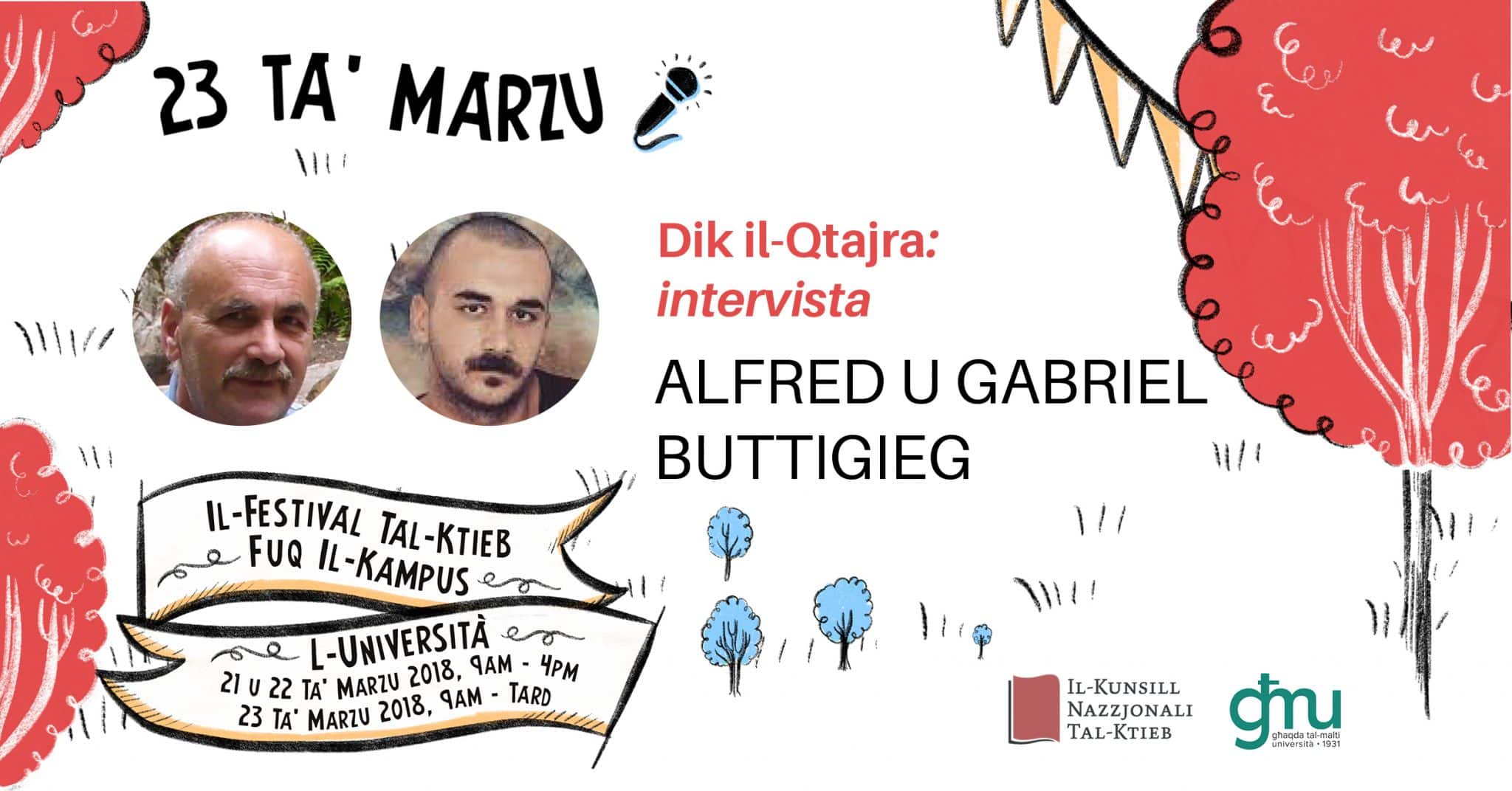 Artist Gabriel Buttigieg takes cue from his father Alfred’s controversial book Dik il-Qtajra (The Droplet) and uses it as inspiration for his latest series of works on paper, displayed to the public in an exhibition in Valletta last December. In this event, father and son discuss both the book and its visual representation, as part of the Campus Book Festival, on Friday 23 March at 4:30 pm at the University quadrangle. The event will take the form of an interview and will include readings accompanied by Gabriel’s art on screen.

Dik il-Qtajra was first published in 1983 and was back then censored for its language, and for being sexually explicit, subversive and irreverent. The 24-page book, handwritten, and illustrated with doodle-type drawings, was self-published, but never made it to public bookshelves because bookshops and local libraries refused to stock the book.

The book has been resurrected by Gabriel who has produced a series of drawings and paintings based on the book’s themes – anger, violence, sarcasm and egocentricity. He captures its spirit and expresses his own and his father’s pessimistic take on human nature via colour and monochrome pieces.

24-year old Gabriel Buttigieg’s latest work is a series called Babies. 2016 saw two of his solo exhibitions Paintings and Nudes and he has also taken part in a number of collective exhibitions prior to this.

In 1981 Alfred set up the theatre group Ateatru. Between 2003 and 2008 he was part of the Manoel Theatre management committee but he better known as a playwright. His most popular plays include Ir-Rewwixta tal-Qassisin, Ippermettili Nitlaq and Mela Hawn xi Manikomju?

For more information about Dik il-Qtajra and the Campus Book Festival, visit the National Book Council’s website www.ktieb.org and Facebook page. A detailed programme can be downloaded by following this link.