Book Donation on the Opening of the Summer Book Festival 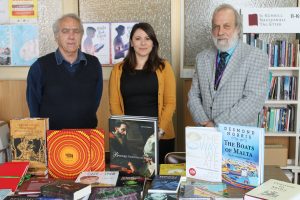 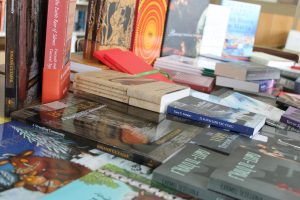 These donations are one of the many means employed by the Council in order to promote reading and boost literacy figures among the young. They also serve as a means to promote local literature and local authors. The donated books are handpicked by the NBC staff in order to ensure that they benefit the students of the target educational institution and, in case of local literature, to ensure that contemporary literature is well represented. 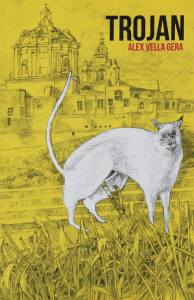 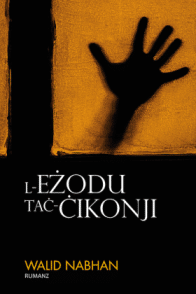 While donations to primary schools will always include Terramaxka Prize winners and short-listed titles, donations made to secondary or post-secondary schools will feature seminal works of contemporary adult fiction such as Walid Nahban’s L-Eżodu taċ-Ċikonji, which was awarded the European Prize for Literature 2017, Alex Vella Gera’s Trojan, winner of the National Book Prize 2016, collections of poems by Maria Grech Ganado, who was honoured with the Lifetime Achievement Award in 2015, and titles by other important modern authors such as Immanuel Mifsud, Clare Azzopardi, Mario Azzopardi, Alfred Sant and Trevor Żahra. It is hoped that the presence of such books in school libraries will enrich the reading life of the students who visit the library and kindle in them a lifelong passion for books, literature and local authors.

Another means of promoting a culture of reading is through book festivals. The National Book Council has been intenisfying its activity in this regard and one result of this effort is the upcoming Summer Book Festival, whose rich and varied programme of events was released on Friday last week. All members of the public are urged to pay a visit and experience the book culture first hand.