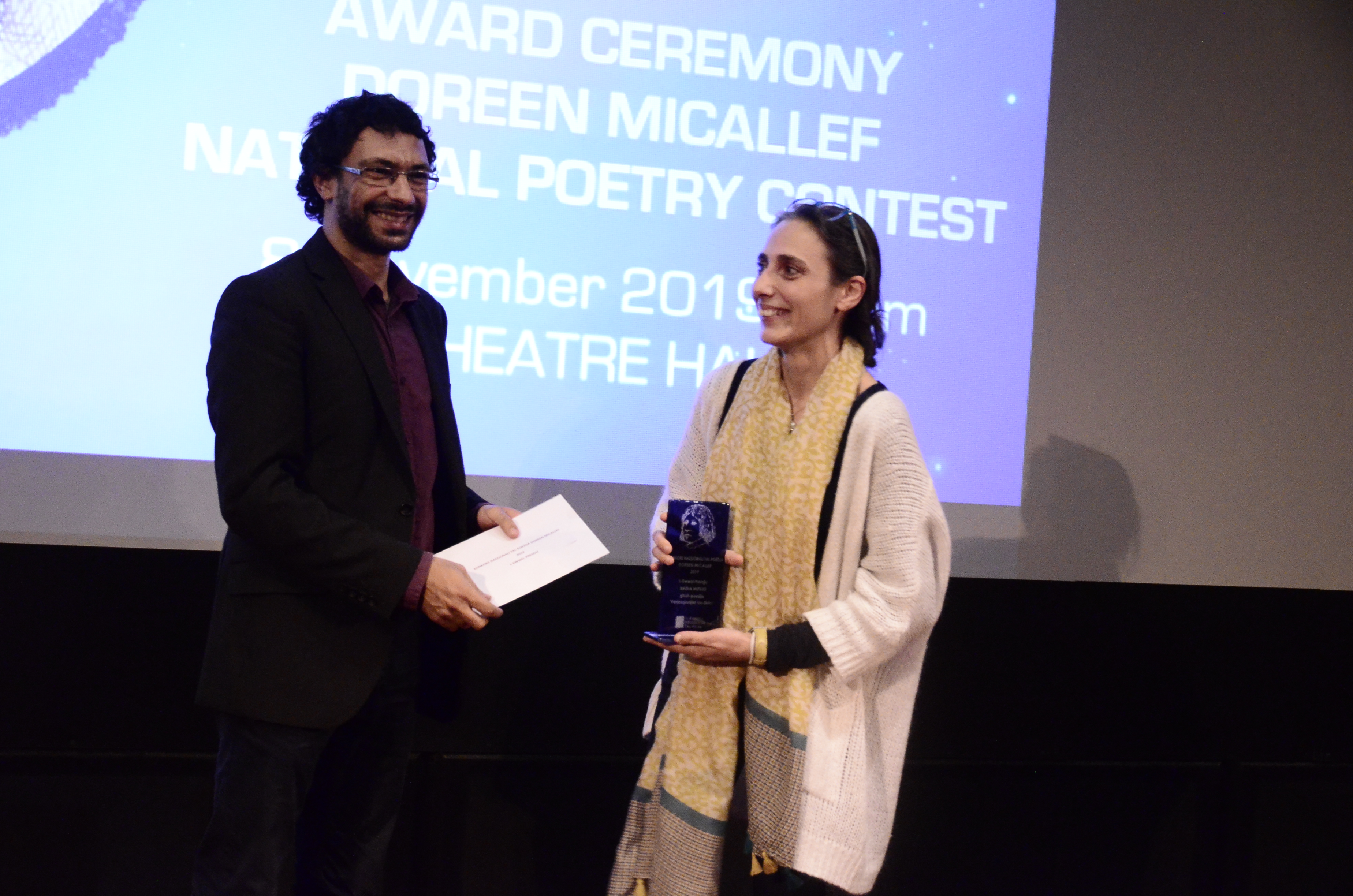 The award-giving ceremony of the 2019 Doreen Micallef National Poetry Contest was celebrated on Friday 8 November at the Mediterranean Conference Centre, during the Malta Book Festival 2019. The first edition of the Contest for poetry in the Maltese language was launched in June, earlier this year. Prof. Charles Briffa, Dr. Claudine Borg, and poet Antoine Cassar formed part of the jury.

In his address, National Book Council Chairman Mark Camilleri recalled the importance of the National Poetry Contest in celebrating the legacy of Doreen Micallef, and simultaneously recognising contemporary poetry in the Maltese language. The Contest provides a platform further raising the profile of Maltese poetry and an opportunity to reconnect with a pioneer of Maltese feminist writing who failed to receive due appreciation in her lifetime.  At the end of his speech Camilleri announced and congratulated the winning authors, before inviting Nadia Mifsud and Louis Briffa to read out their winning poems.

The first prize was awarded for the poem Varjazzjonijiet tas-Skiet by Nadia Mifsud. Louis Briffa won the second prize with the poem NES Qaqqari, and third prize went to Preludju mħarbat by Ritianne Frendo. The first prize carries an award of € 1,000; the two runners-up were awarded with book vouchers.

The NBC would like to thank all those who attended the event and the numerous poets who submitted poems for the Contest and the members of the jury.

The full results can be accessed here.