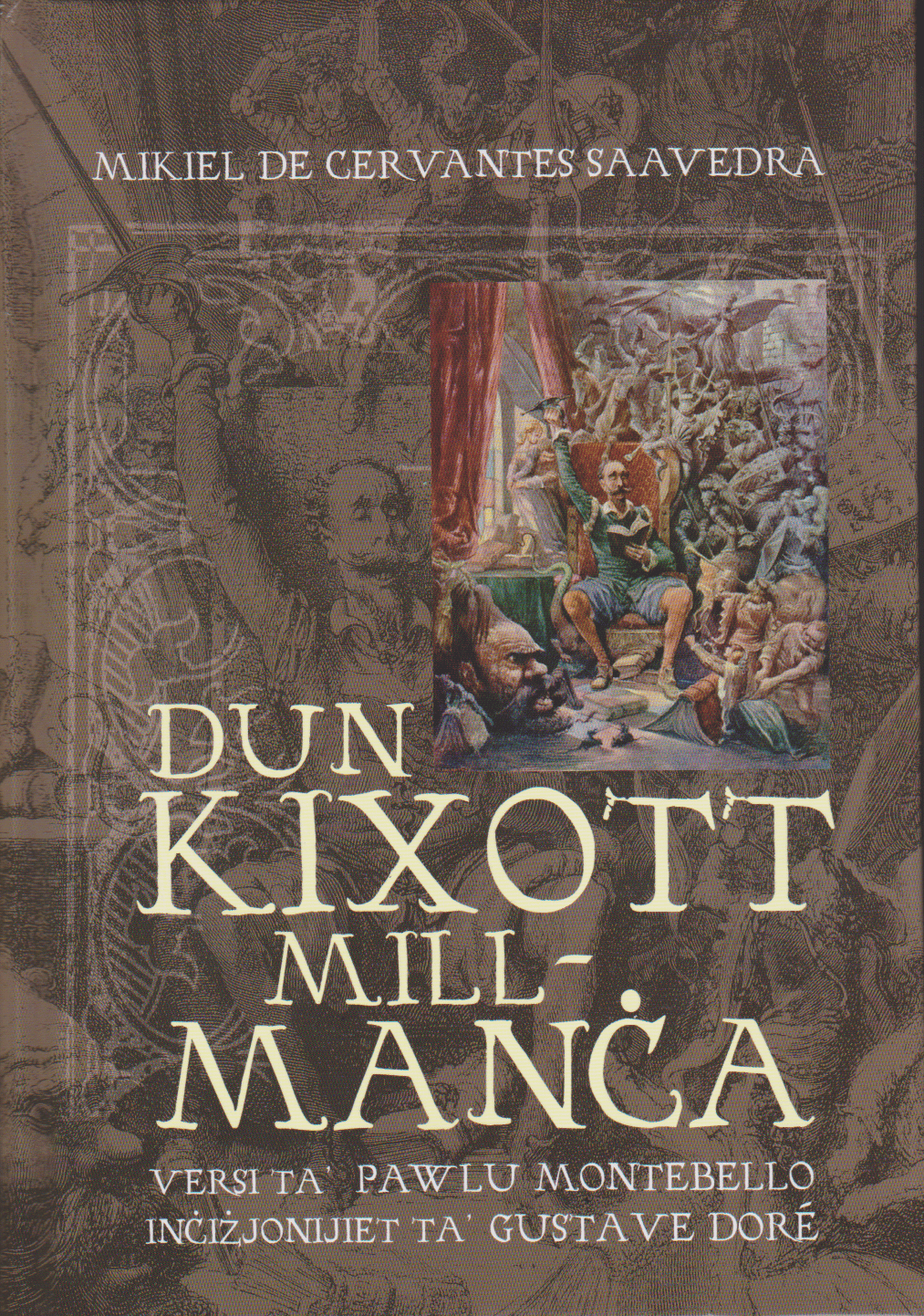 The publication of Dun Kixott mill-Manċa (SKS, 2016), a translation of Miguel de Cervantes’ masterpiece into Maltese unrhymed verse by the notable scholar and writer Pawlu Montebello, was made possible by funding from the 2015 edition of the Malta Book Fund. The book is a perfect example of the kind of projects the Fund aims to support.

Pawlu Montebello (1905 – 2004), a member of the clergy up to 1955, spent most of his life abroad and was an avid student of a good number of languages, including Latin, Greek and Hebrew. During the Second World War, he was stationed in India, where he served as an interpretor and liaison officer for Italian POWs. After the war, he moved to New Zealand, working as a teacher at St Cuthbert College. There he taught mainly languages – Latin, French and Spanish.

Montebello would return to Malta a number of times over the years before his sense of adventure would make him set off again. At some point, he settled in Wales. Yet, the more he distanced himself from Malta, the greater his interest and involvment in local culture seemed to grow. In particular, he showed a genuine concern to enrich the reading experience of Maltese readers by enabling them to read about ancient culture in their native Maltese. The books he published in the period ranging from 1972 to 1995 bears witness to this – Ġabra ta’ Ħrejjef (1972), Għemejjel Gilgamex (1974), Ħal Salfieni u l-Omm il-Kbira (1981) and the epic poem Ħagar Qim (1995).

The idea of translating Cervantes’ work into Maltese verse, however, came to Montebello much earlier. In 1962, at a market in Malaga, the author came across Don Quijote de la Mancha en Romance (1953), a Spanish rendition of Cervantes’ work in verse. He immediately realised that the Maltese version had to be modelled on traditional Maltese song, which typically relies more on meaning and cadence than on rhyme. By 1983, Montebello had finished the verse translation, which however remained unpublished at the time due to the fact that the publishers took exception to the idea that the first translation of Don Quijote into Maltese should be in verse. Instead, they commissioned  Montebello to produce a prose translation, which was published in 1995.

Pawlu Montebello entrusted his lifelong friend Anton Cassar with the original manuscript of the verse translation, asking him to treasure it and to have it published some day. This dream was realised in 2016, thanks to the work of Anton Cassar, who edited and corrected the text along with Josephine Vassallo, Dr Adrian Grima, Karl Scicluna and Prof. Manwel Mifsud. The funding was provided by the Malta Book Fund, whereby it fulfilled its stated purpose of supporting projects that are not commercially viable but, at the same time, of considerbale cultural value to local communities.

Authors and publishers are reminded that the closing date for applications for the 2017 edition of the Malta Book Fund is 29 September 2017. Applications, and regulations can be found by following this link.