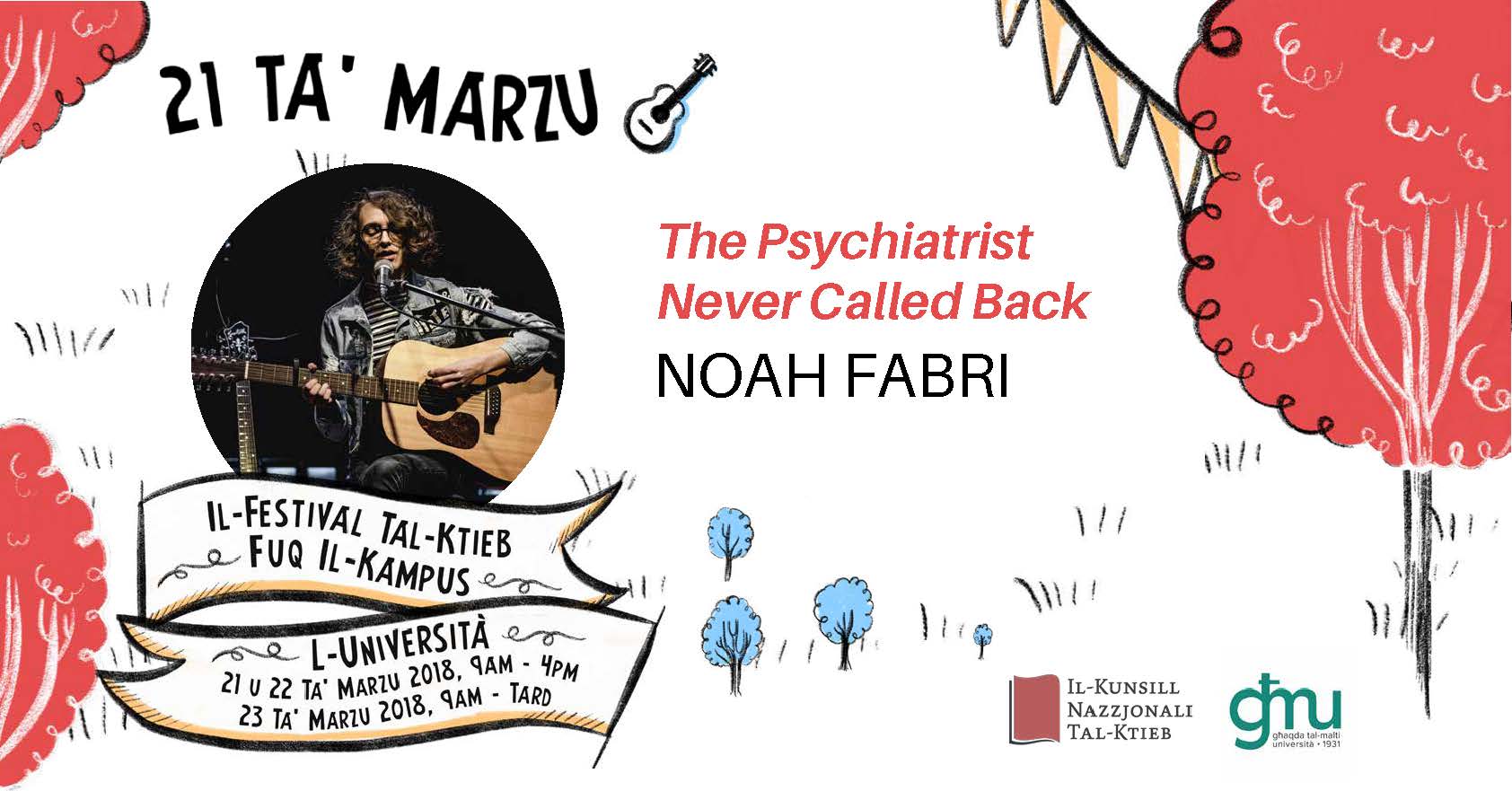 Up and coming young musician and song writer Noah Fabri will be playing during the Campus Book Festival on Monday 21st March at 2 pm on the University’s quadrangle. As alternative as they come, Noah will share with the audience songs from his home-recorded digital album The psychiatrist never called back, a collection of songs that experiment with sounds and ‘noise’ and explore adult themes through clever lyrics.

Noah Fabri is 18 years old. He plays guitar and studies anthropology. He loves The Beatles, David Bowie, and folk and jazz music. He loves reading. In his own words he’s a time waster. He could be an anarchist but he’s not sure yet. “I started living at seventeen and before that I made music. I learned something at some point. I like everything and everyone equally.” Noah’s bio is an indicator of what to expect during his gig.