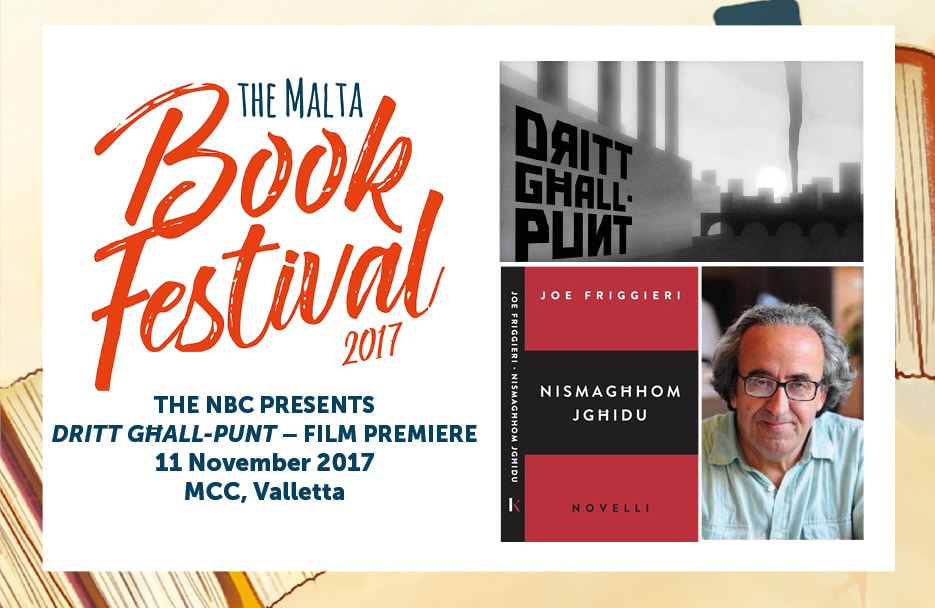 The winning project of this year’s edition of the NBC Literary Short Film Contest is a 15-minute film adaptation of a short story by Prof. Joe Friggieri, Dritt għall-Punt, from his collection of short stories Nismagħhom Jgħidu. The project was submitted by Charles Stroud and his film company Mitħolma. As the winning entry, the project was funded by the NBC and will have its premiere on Saturday 11 November.

Dritt għall-Punt is a dark tale about totalitarianism and artistic freedom. The protagonist, Mr Adamov, is a writer who has been summoned by the state’s security forces on account of some poems and stories that he has published, in which he seems to be criticising the state in different forms – through analogy and metaphor, or more generally, by depicting life in the country as being less than desirable.  Once he gets to the police centre, he is grilled by a sarcastic officer who leaves Adamov two options – either to correct those unfortunate passages or to admit his disdain of authority. The fact that the options are not necessarily mutually exclusive, in the sense that one can refuse to retract a word of what he has written while maintaining he has no seditionist ambitions, is blurred from sight (of both protagonist and reader) as the police officer increases the intensity and pace of the interrogation.

The dramatic action of the story is created entirely by the dialogue, a device we tend to associate with theatre – Manuel Puig’s Kiss of the Spider Woman, for instance. It is precisely this aspect that inspired Charles Stroud, together with his son Matthew, to attempt a film adaptation of Dritt għall-Punt – the dramatic structure of the story seems to lend itself easily to cinematic adaptation.

Members of the public should not miss this opportunity to watch the film in its premiere at 20:30 hours, Sir Temi Zammit Hall, MCC (Valletta) on Saturday 11 November. Following the premiere there will be a discussion on film adaptation with Charles and Matthew Stroud and a number of guest speakers, including film studies lecturer and film-maker, Kenneth Scicluna and Dr. Saviour Catania, senior lecturer in literature and film adaptation at Malta University. Members of the audience will be able to participate by asking questions or commenting on the film or any other issue relating to the discussion.