Jasmin B. Frelih at the Campus Book Festival 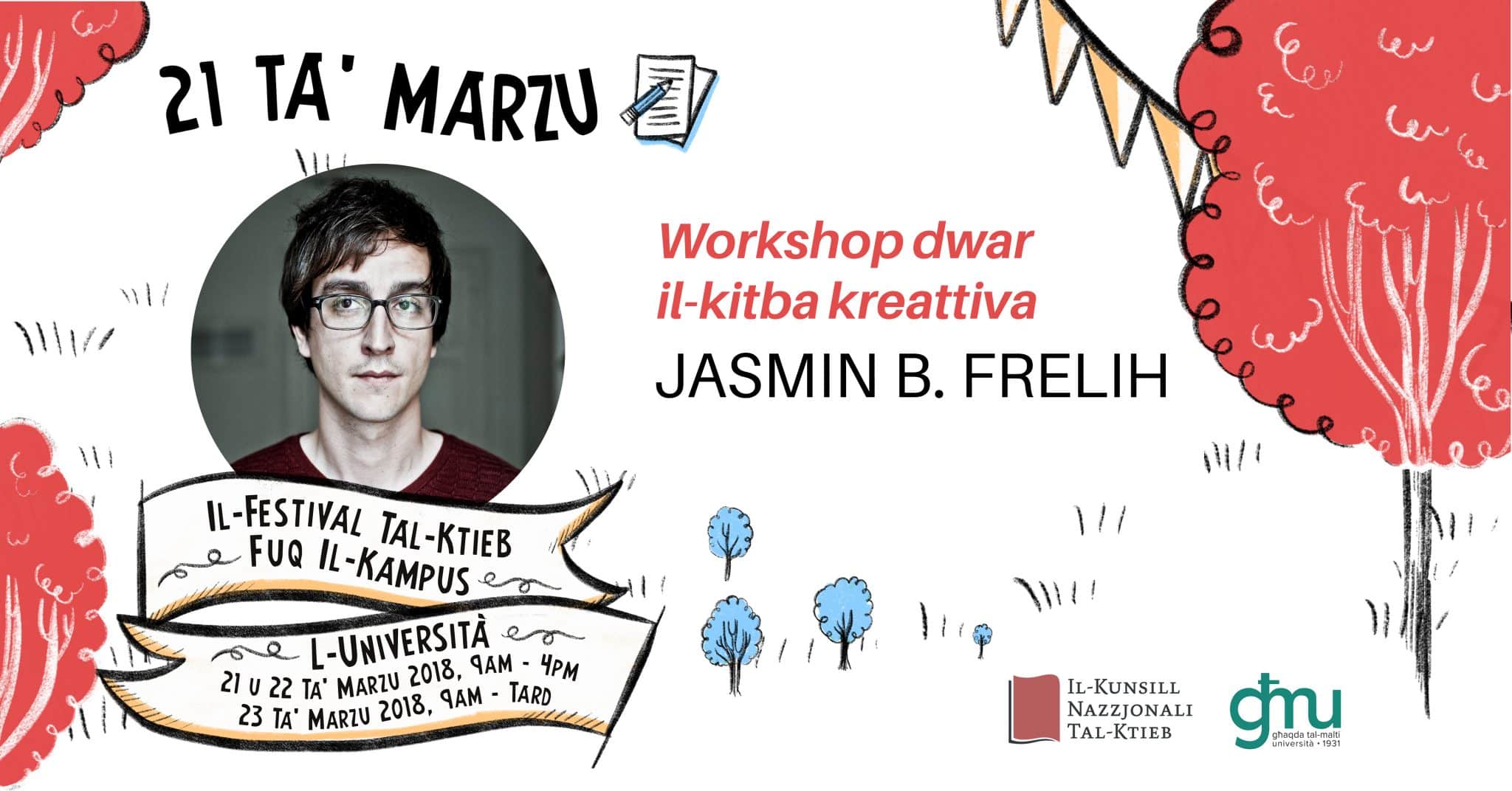 Award-winning Slovenian writer Jasmin B. Frelih is the special guest of this year’s Campus Book Festival, which will be held between March 21 and 23 at the University’s quadrangle. This is a unique opportunity for University students and the public to meet this exceptionally talented author in person, and to learn from him as he shares his writing experiences.

For those who would like to improve their writing skills, Frelih will direct a creative writing workshop on Wednesday 21 at 10.00 am. On Thursday at 3.00 pm, local writer and poet Immanuel Mifsud will interview Frelih about the literature of Yugoslavia. Frelih will be interviewed again on Friday 23 at 5.30 pm where he will talk about his writing, his experiences and his career. He will also be the special guest at Inizjamed’s open mic session.

Jasmin B. Frelih was born in Kranj, Slovenia, in 1986. He studied comparative literature and literary theory and history at the Faculty of Arts, University of Ljubljana. His first novel Na/pol (In/Half) was published in 2013 by Cankarjeva Založba to considerable media attention and critical acclaim. It received the Best Literary Debut Award at the annual Slovenian Book Fair and was shortlisted for the Novel of the Year and Book of the Year awards. It was subsequently awarded the European Union Prize for Literature in 2016.

His short story collection Ideoluzije (Tiny Ideologies) was published by LUD Literatura in 2015. In his five years as a prose fiction editor for the literary review I.D.I.O.T., he worked with some of the best writers and poets of the new Slovenian literary generation. His short fiction, essays and translations of American authors appear in the leading Slovenian literary reviews Sodobnost, Literatura, and Dialogi. His translations of Slovenian poetry into English have been published in Banipal, Versopolis.

For more information about Frelih’s events and the Campus Book Festival, visit the National Book Council’s website www.ktieb.org and Facebook page. A detailed programme can be downloaded by following the link (link).