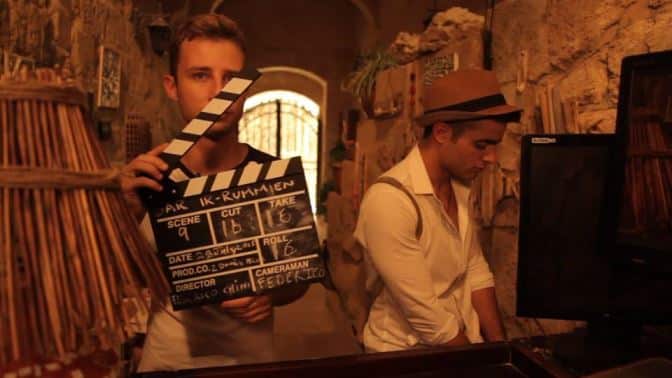 The National Book Council is pleased to announce that, following a lengthy evaluative process, the Adjudication Board for the Malta Literary Short Film Contest 2018 has unanimously decided to award this year’s fund to ‘Camilla’, a project presented by Mr. Martin Bonnici and his company Shadeena. ‘Camilla’ is a screen adaptation of a short story of the same name by Clare Azzopardi, taken from her collection of short stories titled  Kulħadd ħalla isem warajh (Merlin Publishers, 2014) and awarded the 2015 National Book Prize in the Short Stories in Maltese and English category. Azzopardi’s short story follows a mysterious woman from Italy who takes up residence in Naxxar where she is engaged  by the locals to write epitaphs for the dead.

The film, whose production will start in the coming weeks, should be ready for its first screening by November, when it will feature in a special event at the 2018 edition of the Malta Book Festival (MCC, Valletta, 10 November 2018). Visitors to the Festival will be able to watch the premier screening of the film free-of-charge and will have the opportunity to meet both the director of the film and the author.

The members of the Adjudication Board for this year were Andrei Vella Laurenti, Charles Calleja and Mario Cassar. Throughout the production period, the team must be in contact with the National Book Council and the Adjudication Board in order to ensure that the project is developing according to the proposal and in line with the application criteria and rules.