This is the programme of events for the Malta Book Festival 2017 (mobile version). The Festival will take place at the Mediterranean Conference Centre (MCC) from 8 to 12 November. This year the programme features well over 50 activities and events in book launches and presentations, conferences, talks, drama and other fun activities for children. The events are set up either by the National Book Council or by the participants in the Festival, which include Malta’s publishers, booksellers and NGOs and public agencies involved in the book industry. 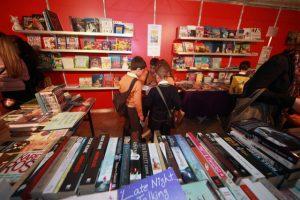 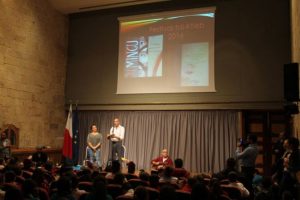 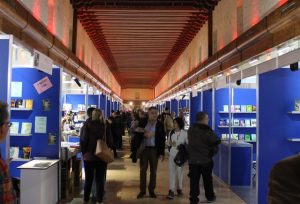 The highlights for this year include a conference on ‘Truth in Fiction and Non-fiction’, due on the first day of the Festival, in which most of the guest authors of this year’s Festival will take part. These are local writer Alex Vella Gera, Kuwaiti poet and writer Shahd Alshammari, French novelist Gilbert Sinoue’ and British writer Ros Barber. The discussion will be moderated by UK journalist Rosie Goldsmith, ex-BBC journalist and founder of the European Literature Network. The latter will also be leading an important feature of this year – a workshop on writing book reviews and promotional material for literature. The workshop, titled ‘A Riveting Workshop’ will be co-led by fellow journalist Max Easterman, and will take place on Thursday 9 November at M.A. Grima Hall (MCC).

A main event that is much anticipated by the public is the Friday evening event dedicated to the winner of previous year’s Lifetime Achievement Award, which in 2016 was awarded to Mario Azzopardi. Azzopardi was given the award for his extensive work in literature and drama, not just as an artist, writer and theatre director but also as a critic and a person who did much to encourage Maltese writers to abandon parochial and topical themes in order to explore themes that have more social and current relevance. In this event, which will be held at Sir Temi Zammit Hall starting 20:00 hours, there will be readings of excerpts of Azzopardi’s work, a panel discussion and a short film featuring an interview with the personality.

Another celebrity in the local literary scene will be the focus of an event set up by Merlin Publishers. Trevor Żahra, one of the most familiar names in the local scene, will be honoured with an event dedicated to his writing and his career on occasion of his 70th birthday. There will be discussions with the author, book signing and even a reception after the event where members of the public can meet the renowned author.

In addition to this all the special guests to the Festival, including local author Alex Vella Gera, will appear in events dedicated to their literary careers. Alex Vella Gera will be talking to Teodor Reljic about his various experiences as a writer and also as a film-maker and a musician, at the Activity Area on Thursday starting 20:00 hours.

For the first time ever the Festival will feature three foreign languages, in addition to Maltese and English: French, Italian and German. German will be represented by the German Maltese Circle and the University Department of German which will be appearing as participants for the first time ever.

Members of the public are advised to follow our FB page and our website for more updates on the Festival and its many events. This is certainly the biggest celebration of book culture in the entire cultural calendar of the country and should not be missed by all those who love books and reading. 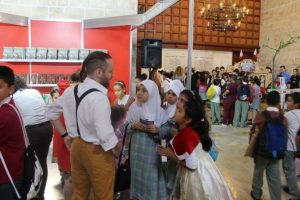 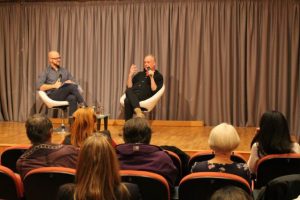 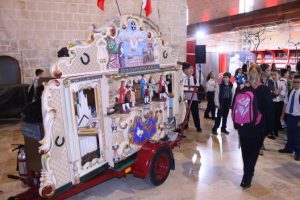 The programme of events: 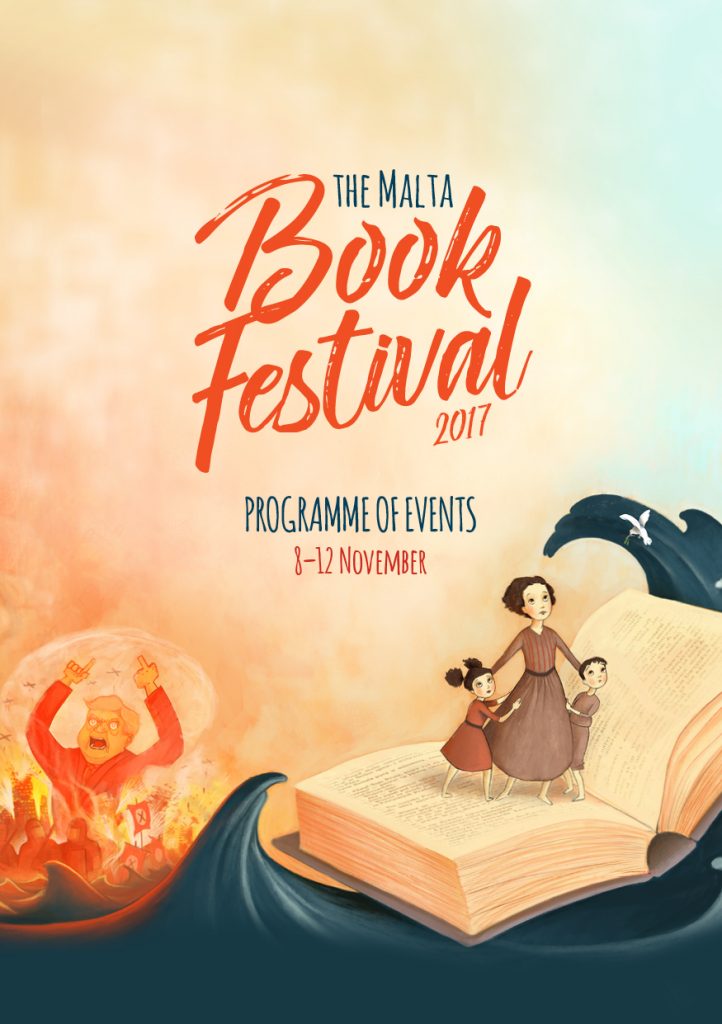 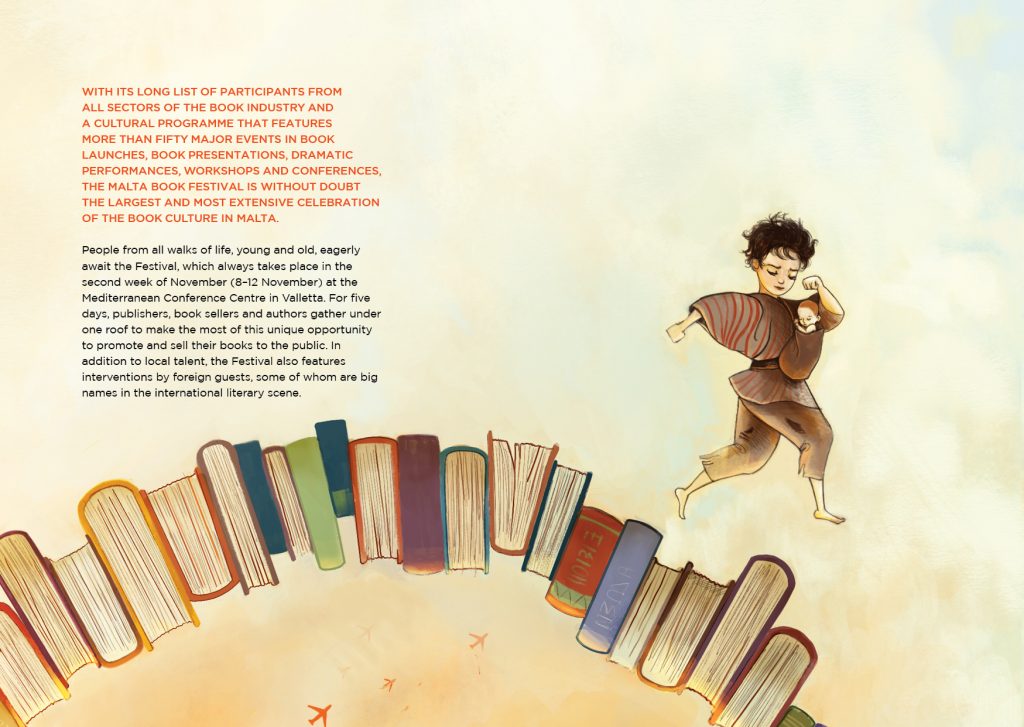 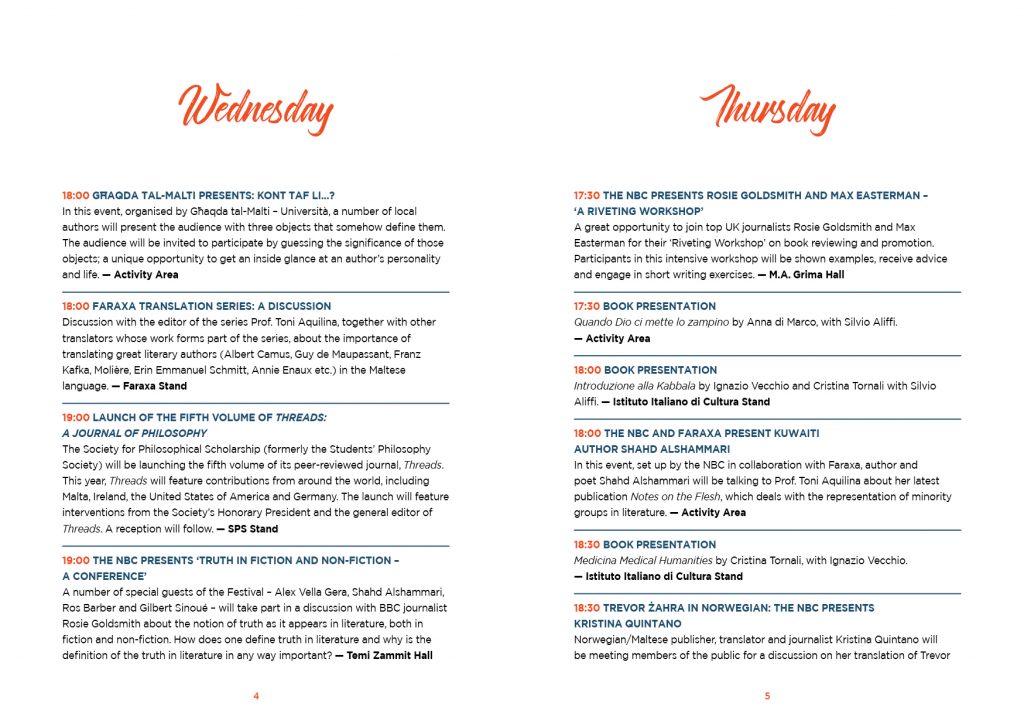 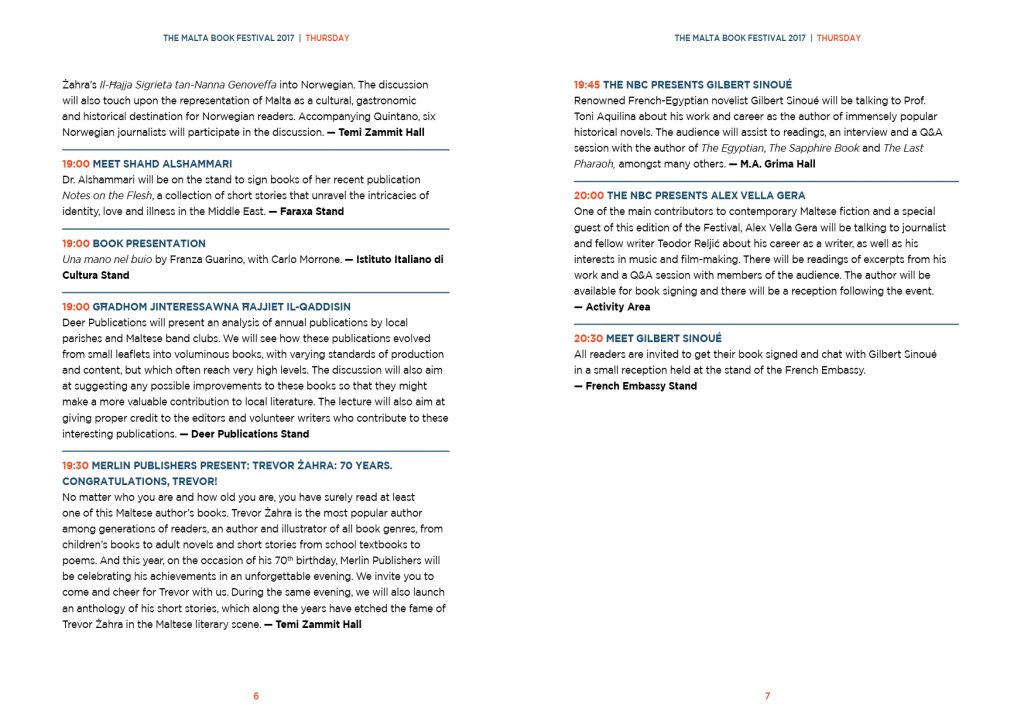 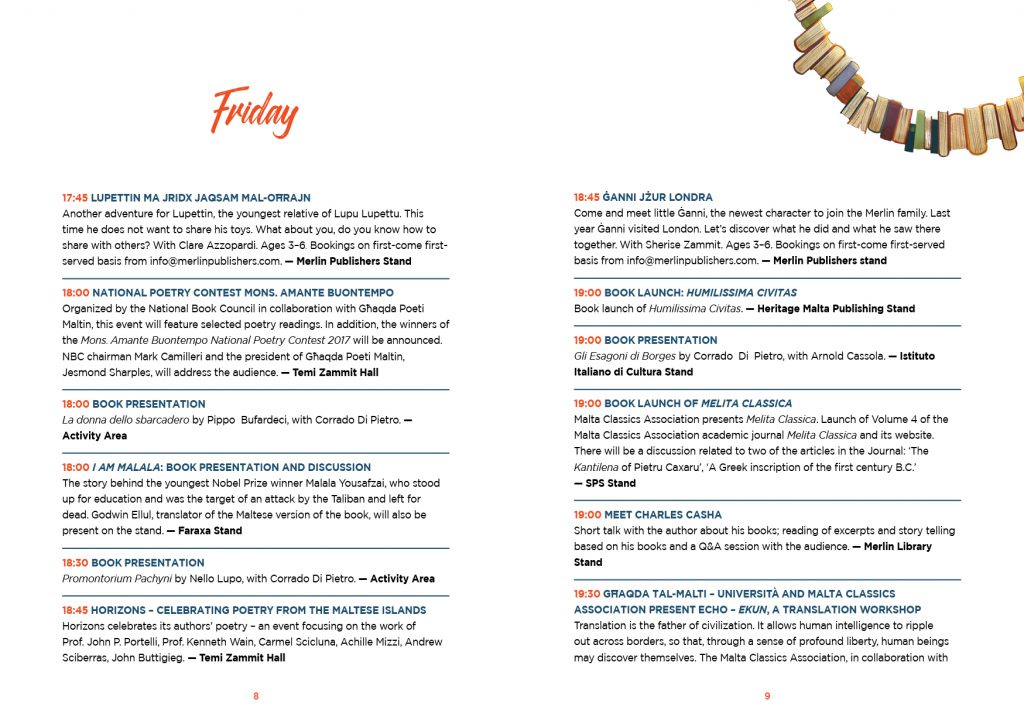 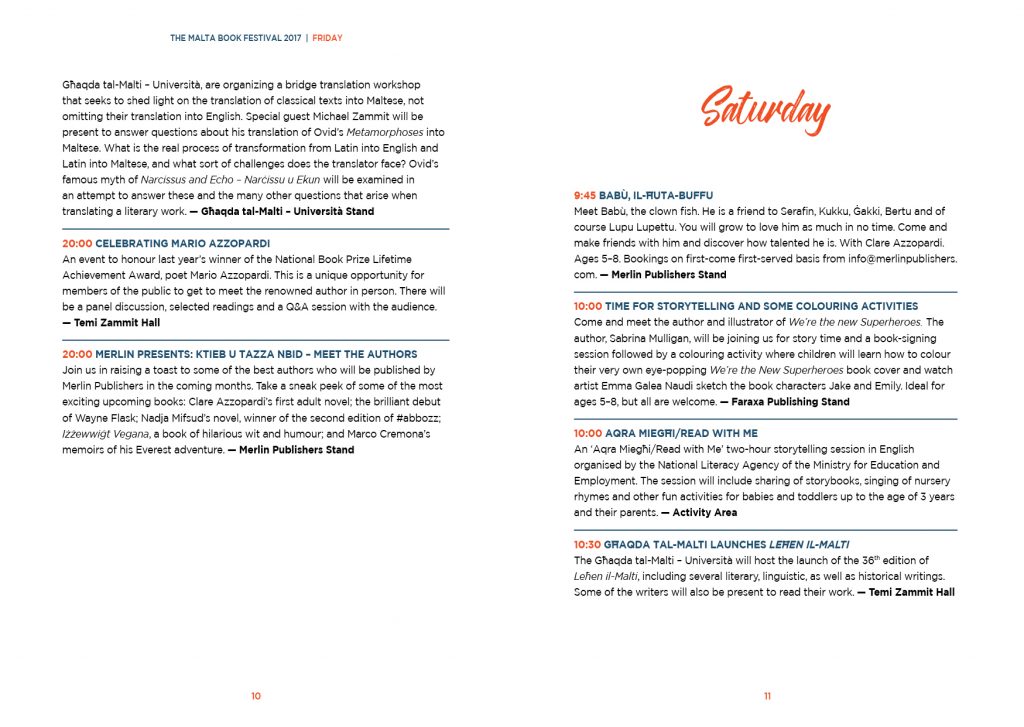 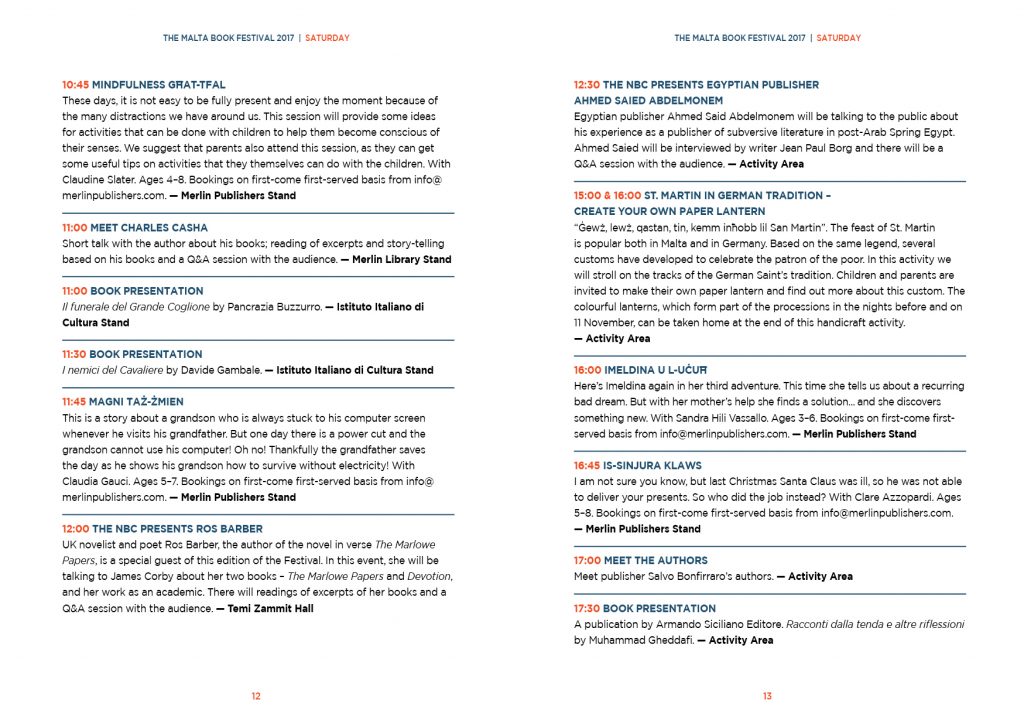 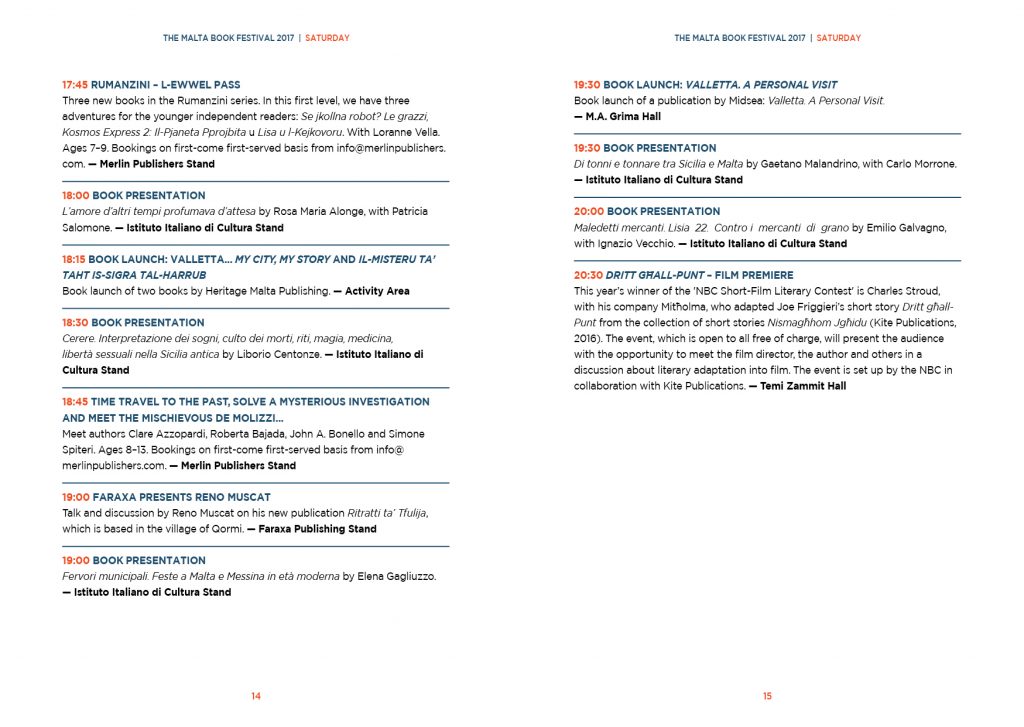 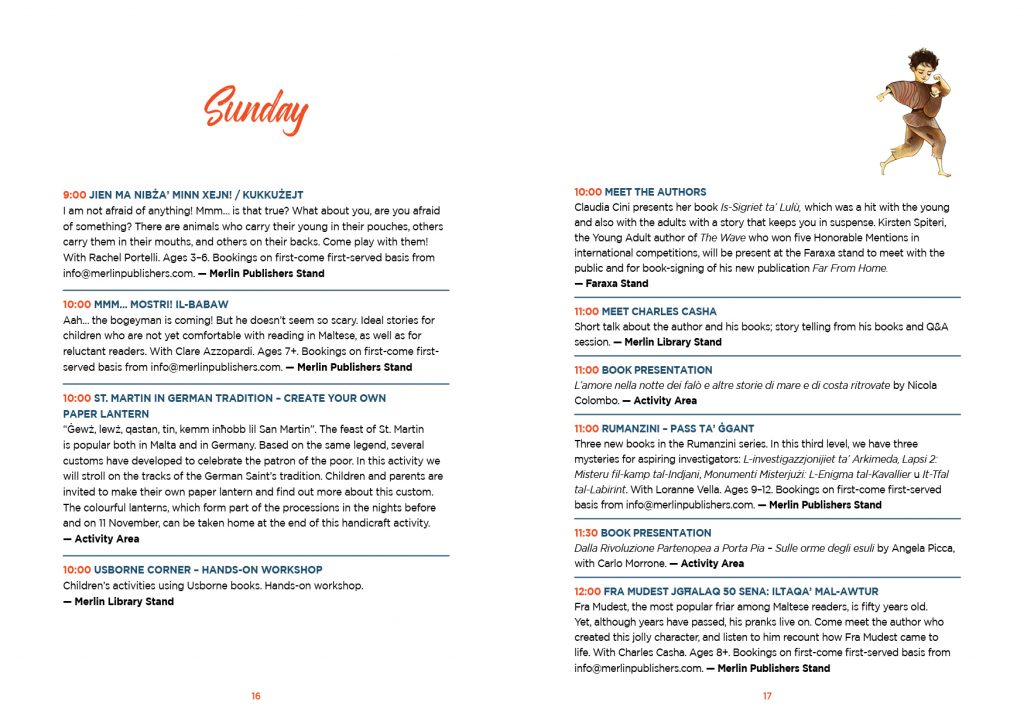 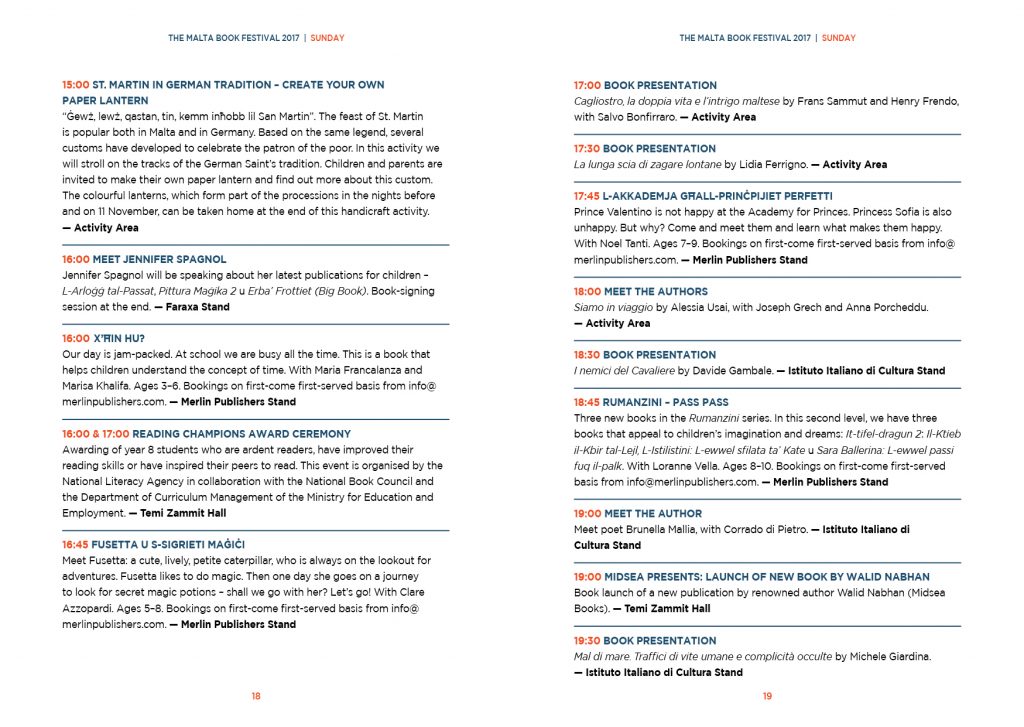 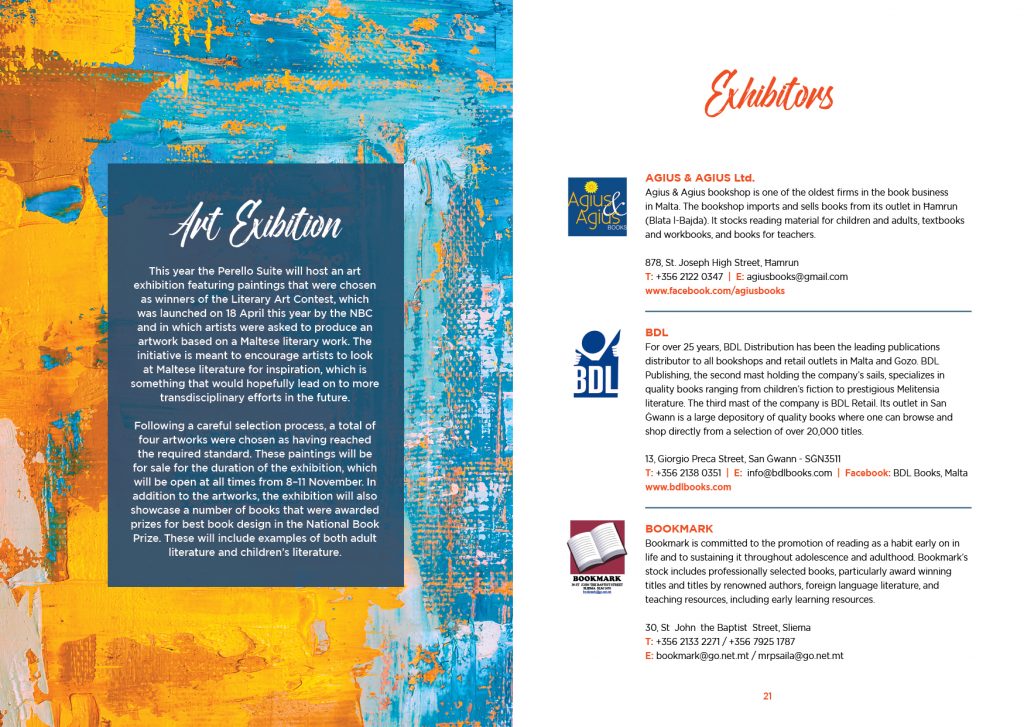 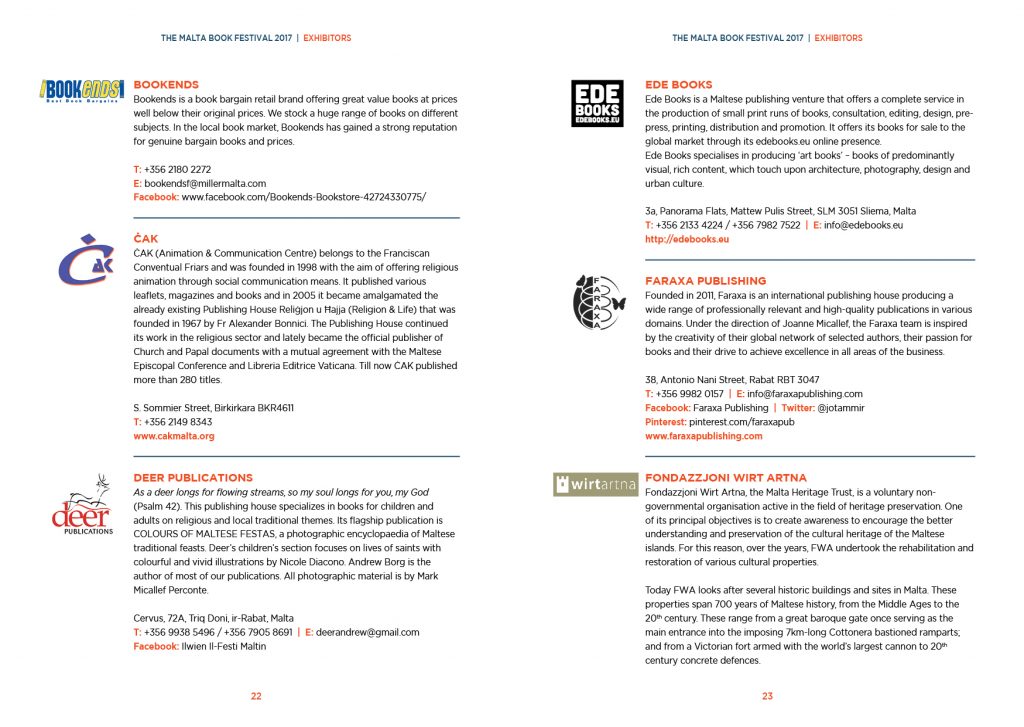 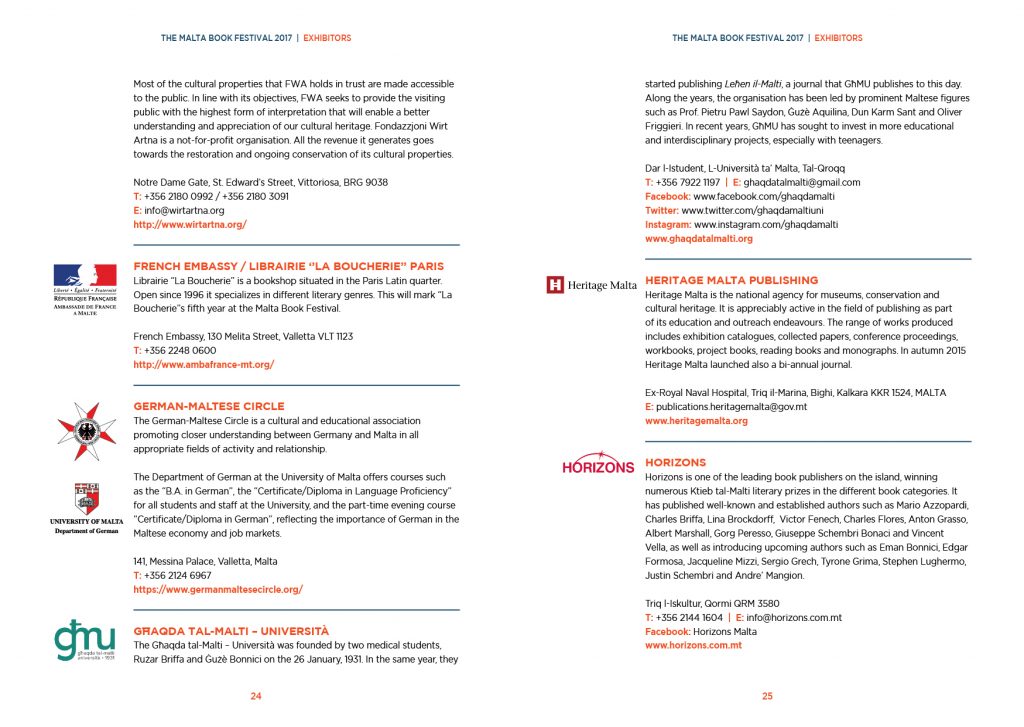 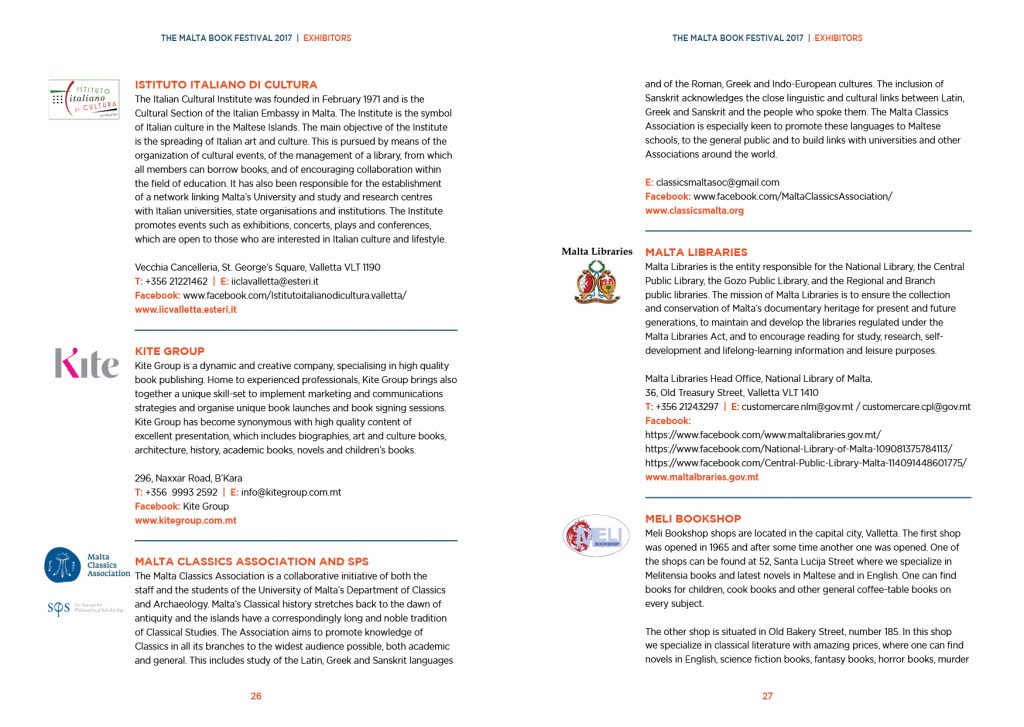 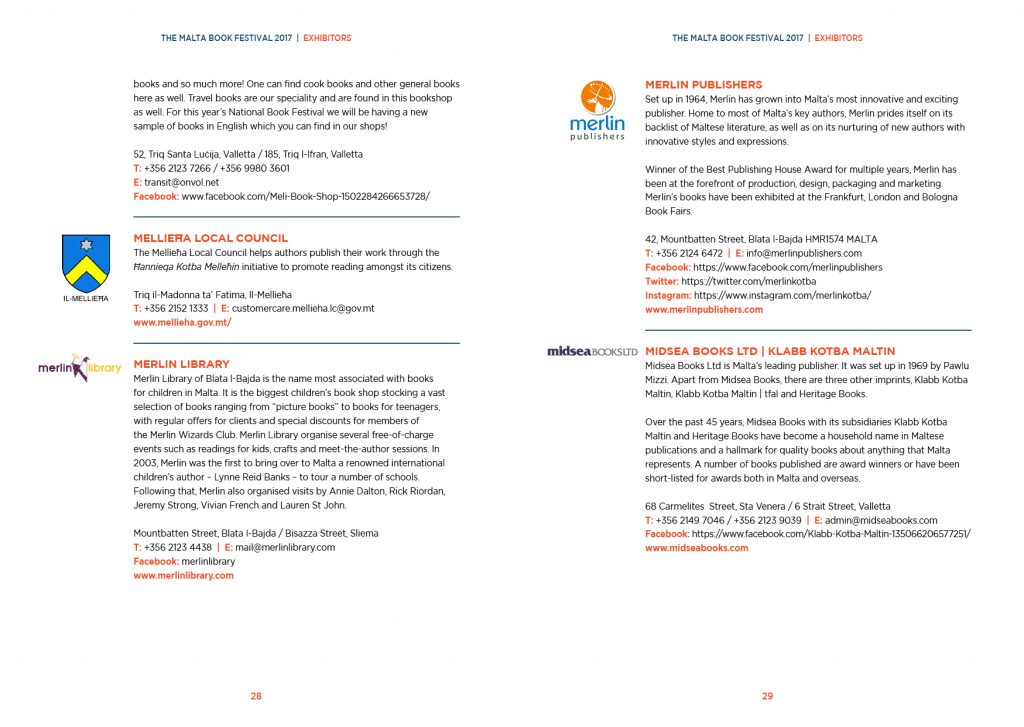 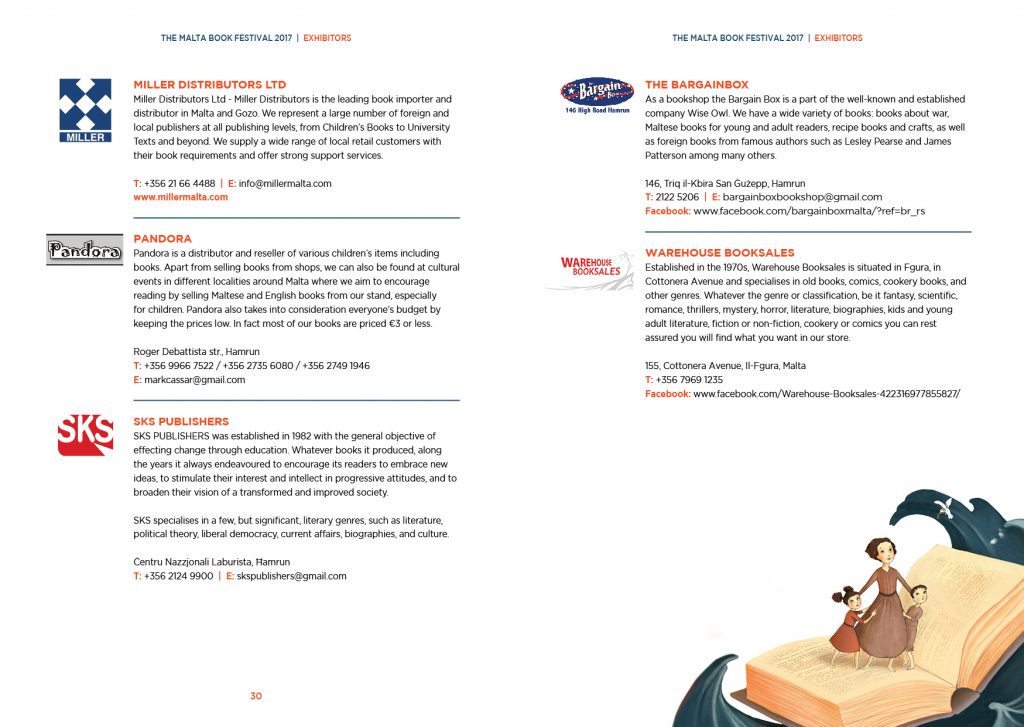 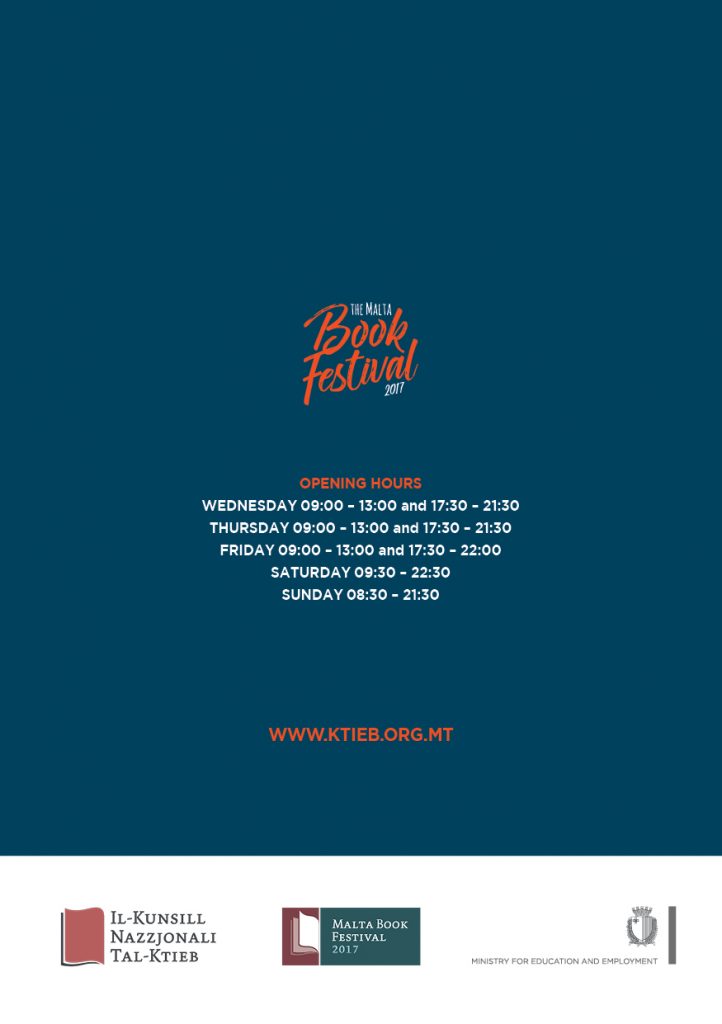