Terramaxka Prize 2015: the National Prize for Children and Adolescents’ Books 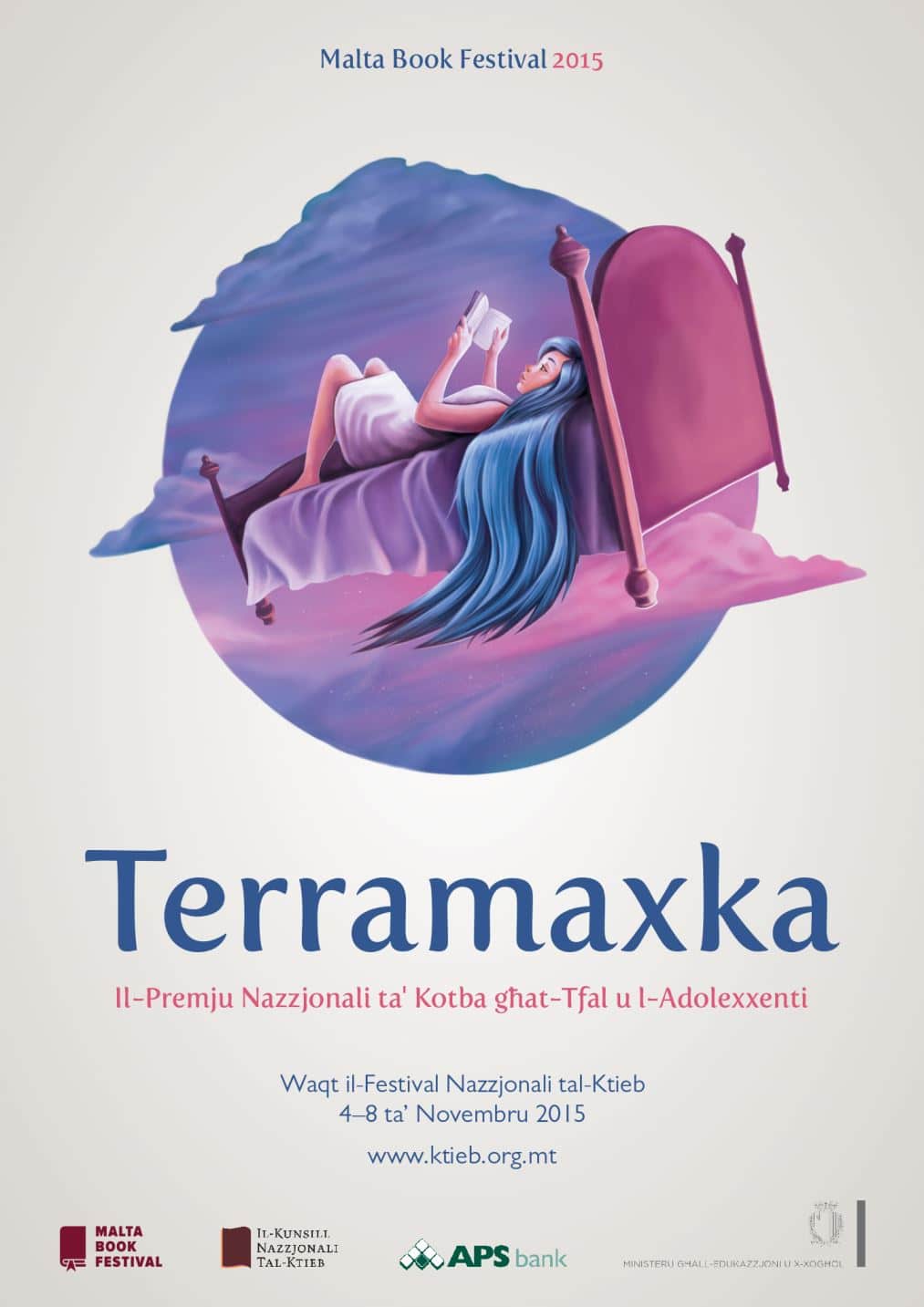 The National Book Council would like to announce that as of this year, the National Book Prize will be divided in two distinct sections: the Prize for books aimed for adults, the celebration of which will take place as per tradition at Auberge de Castille under the Prime Minister’s patronage; and the Prize for books aimed for children and adolescents entitled TERRAMAXKA PRIZE.

Why ‘Terramaxka’? The terramaxka exudes enchanting melodies, it has the power to transport one to a dreamworld of sorts. Likewise, children’s books can conjur up roads into a dreamworld where fantasy becomes reality.

The Terramaxka Prize will be launched during the National Book Festival (4-8 NOV, MCC) on weekday mornings during school visits. The Terramaxka Prize together with other related activities will transform the Festival into a magical space where the line between the real and the fantastic is blurred and children will become participants in a dreamworld alongside literary characters that have come to life.

Terramaxka Prize at the National Book Festival. Don’t miss out!