Under the direction of the National Book Council, the Malta Book Festival continues to provide a unique and important platform for events which celebrate the authors that have made, or are still making, significant contributions to Malta’s literary heritage. Among the local guests at this year’s Malta Book Festival, the National Book Council will be giving centre stage to award-winning authors Loranne Vella and Dr. Lillian Sciberras. As in previous editions, a number of events and activities will be providing the public with an opportunity to meet the renowned authors and discover their work. 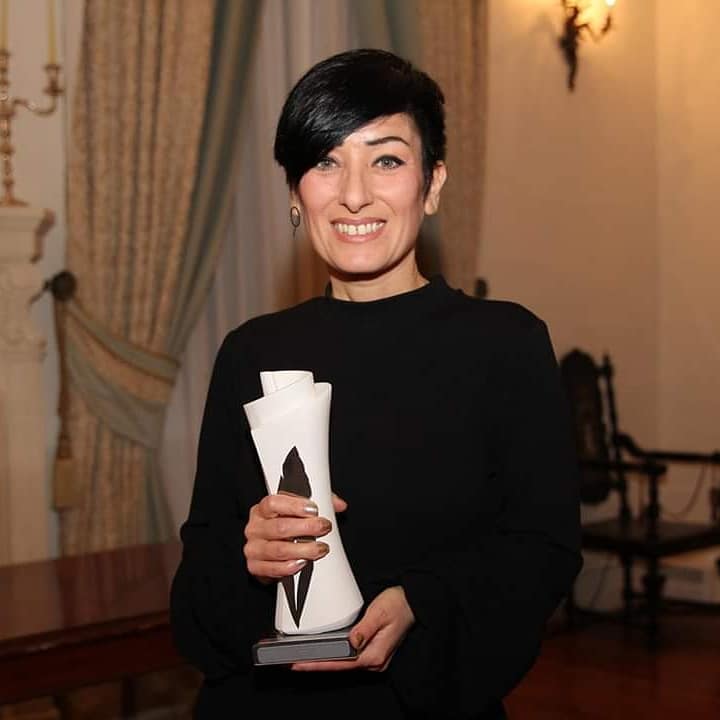 Loranne Vella is a Brussels-based Maltese writer, translator and performer. Her first foray into writing novels is marked by the publication of the trilogy Il-Fiddien (Merlin Publishers, 2007, 2009, 2009), a young-adult trilogy co-written with Simon Bartolo which steadily achieved a huge following and was twice awarded the National Book Prize. Loranne has also translated several books for children, two of which won the Terramaxka National Children’s Books Prize in 2015 and 2016.

Loranne’s fantasy novel Rokit (Merlin Publishers), a story about time, space, familial roots, revolution and ultimately hope, was also awarded 2018 National Book Prize. Rokit is a remarkable exercise of eco-fiction, exploring the fragmentation of Europe through the eyes of its young protagonist as he returns to a Malta under siege by the effects of global warming. On Friday 8 November at 7 pm Loranne will be interviewed by fellow author Walid Nabhan on her multidisciplinary creative career, including her upcoming collection of short stories mill-bieb ‘il ġewwa, due for publication in November 2019 and previously adapted into an interdisciplinary performance by the Barumbara Collective under Loranne’s own direction. Alongside international guest authors Dave Rudden, Jon Courtenay Grimwood and Kali Wallace, Loranne will also be discussing the role and perception of genre literature during the MBF opening conference about sci-fi and fantasy literature, ’Strange New Worlds’, on Wednesday 6 November at 7 pm. 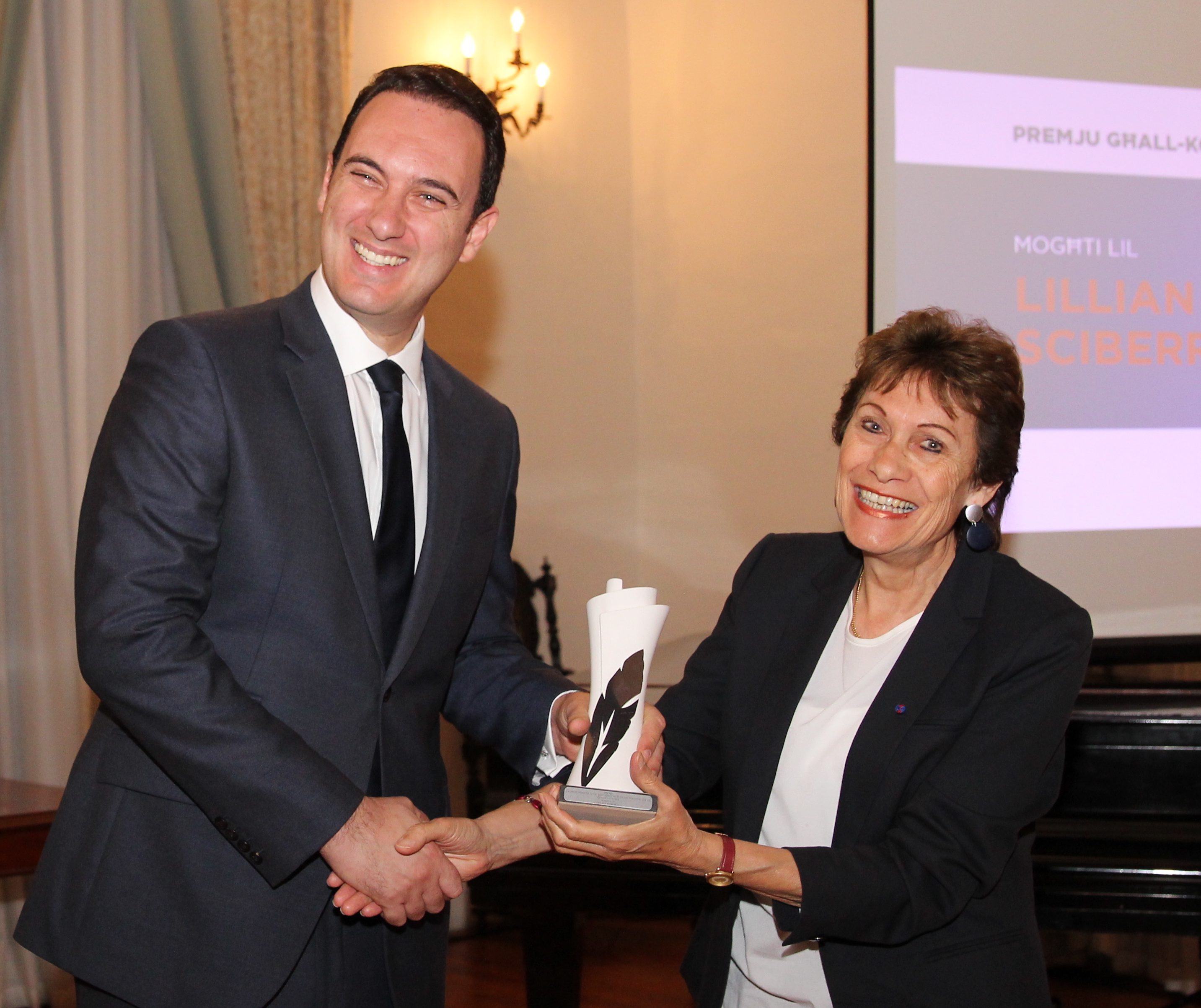 In collaboration with Malta Libraries, the NBC will be wrapping up the festival with an event dedicated to Dr. Lillian Sciberras on Sunday 10 November at 5 pm. Dr. Sciberras, whose contributions to Maltese literary culture have been recognised with the 2018 National Book Prize Lifetime Achievement Award, will be joined by Olivia Borg, novelist and playwright Vincent Vella, and National Archivist Charles Farrugia, for a panel discussion on her literary works and pioneering research in the field of Melitensia and library studies. At the same event the NBC will also be presenting the screening of a short documentary film revisiting Lillian’s career directed by Charlie Cauchi, followed by a Q&A session.

Dr Sciberras was one of the first professional librarians in Malta, and contributed extensively to Malta’s public libraries and librarianship in general and passed on her expertise to many of today’s librarians. In 2006 she retired from her position as Senior Lecturer in Library Studies and Head of the Division of Library & Information Studies at the Centre for Communication Technology at the University of Malta.  She obtained her PhD from London University in 2001 with a thesis entitled Melitensia: Information Resource and National Memory. Her research interests lie mainly in the areas of national bibliographic development and related services, national memory, and Melitensia as a national information resource and as the country’s collective memory. Dr Sciberras is the author of a sizeable amount of academic papers, such as contributions in some problems facing the current national bibliography in Mediterranean countries (1987), ‘Retrospective record conversion and shared national library functions in Malta: reflections from the edge of Europe’ (1990), and ‘National memory in Malta: the extended role of libraries’ (2004).

Her contribution to Maltese literary culture spans over fifty years. Dr Sciberras’s first poetic works appeared in 1971 in Malta: the new poetry, and in 1979 she co-authored Wara r-Repubblika: versi with Mario Vella. Her poetry has also appeared in various other collections and literary anthologies including Crosswinds: an anthology of post-war Maltese poetry (1980), compiled by Oliver Friggieri. Her latest collection Klessidra: versi taż-żmien maħrub (2014), with an introduction by Adrian Grima. Her first novel, Shadows in Penumbra (2016,) and first collection of short stories Happenstance: Tales of Circumstance (2012), are both published by Horizons. 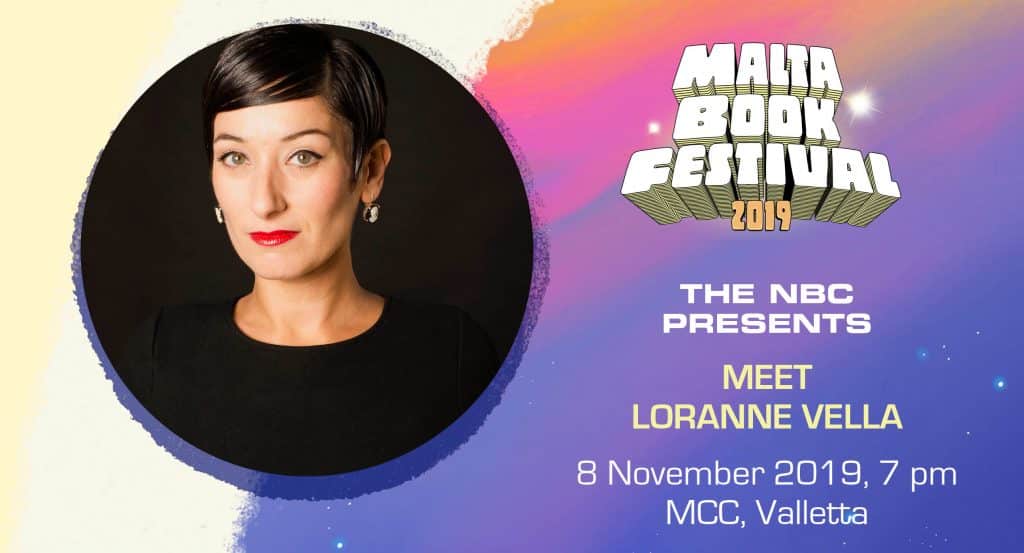 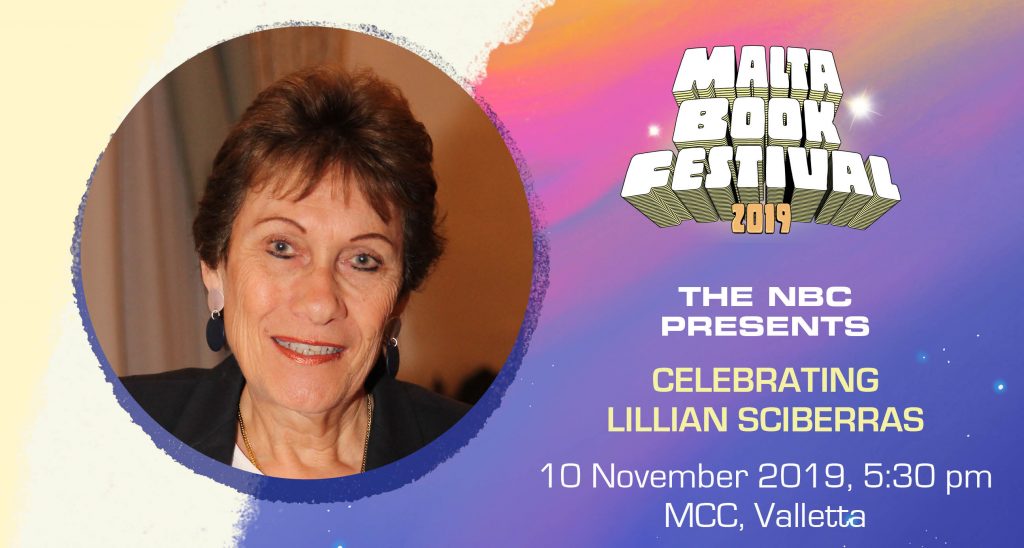