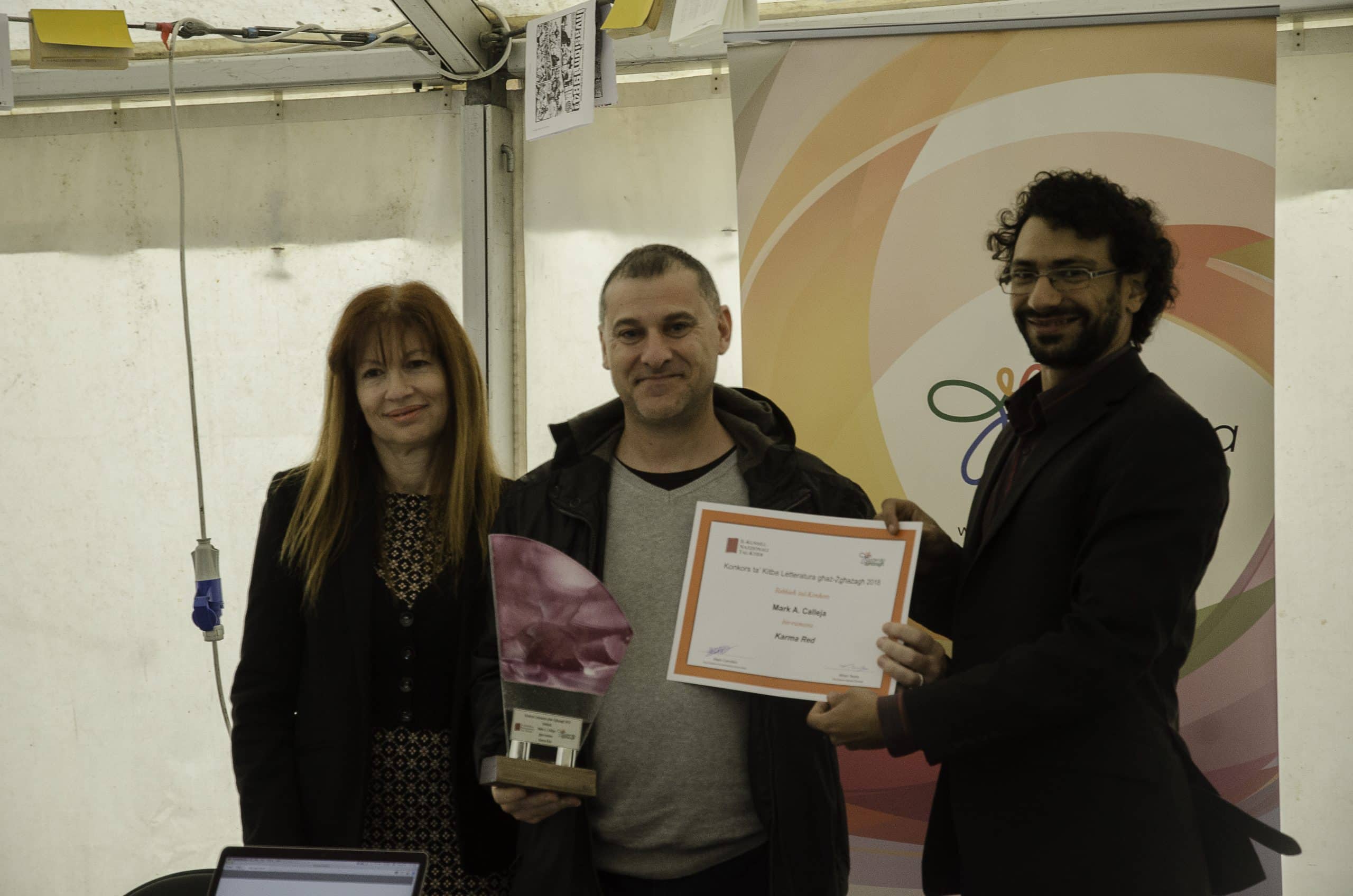 The winner of the Literary Contest of Novels for Youth 2018 is Mark Calleja with the manuscript Karma Red.

The award-giving ceremony took place at the outset of the Campus Book Festival 2019 at the University of Malta. Present at the ceremony were Isabelle Mallia, Officer for Youth Work at Aġenzija Żgħażagħ, the Executive Chairman of the NBC, Mark Camilleri; and the President of l-Għaqda tal-Malti – Università, Sephora Francalanza.

In total four manuscripts were submitted, and the winner was chosen by a board of independent adjudicators.

Mark Calleja was given a commemorative trophy and certificate, and also received the sum of €1,000. He will subsequently be asked to sign a contract in which he will be awarded funds for the publication of their work with a local publisher of their choice.