Young adult fiction and taboo at the Campus Book Festival 2018 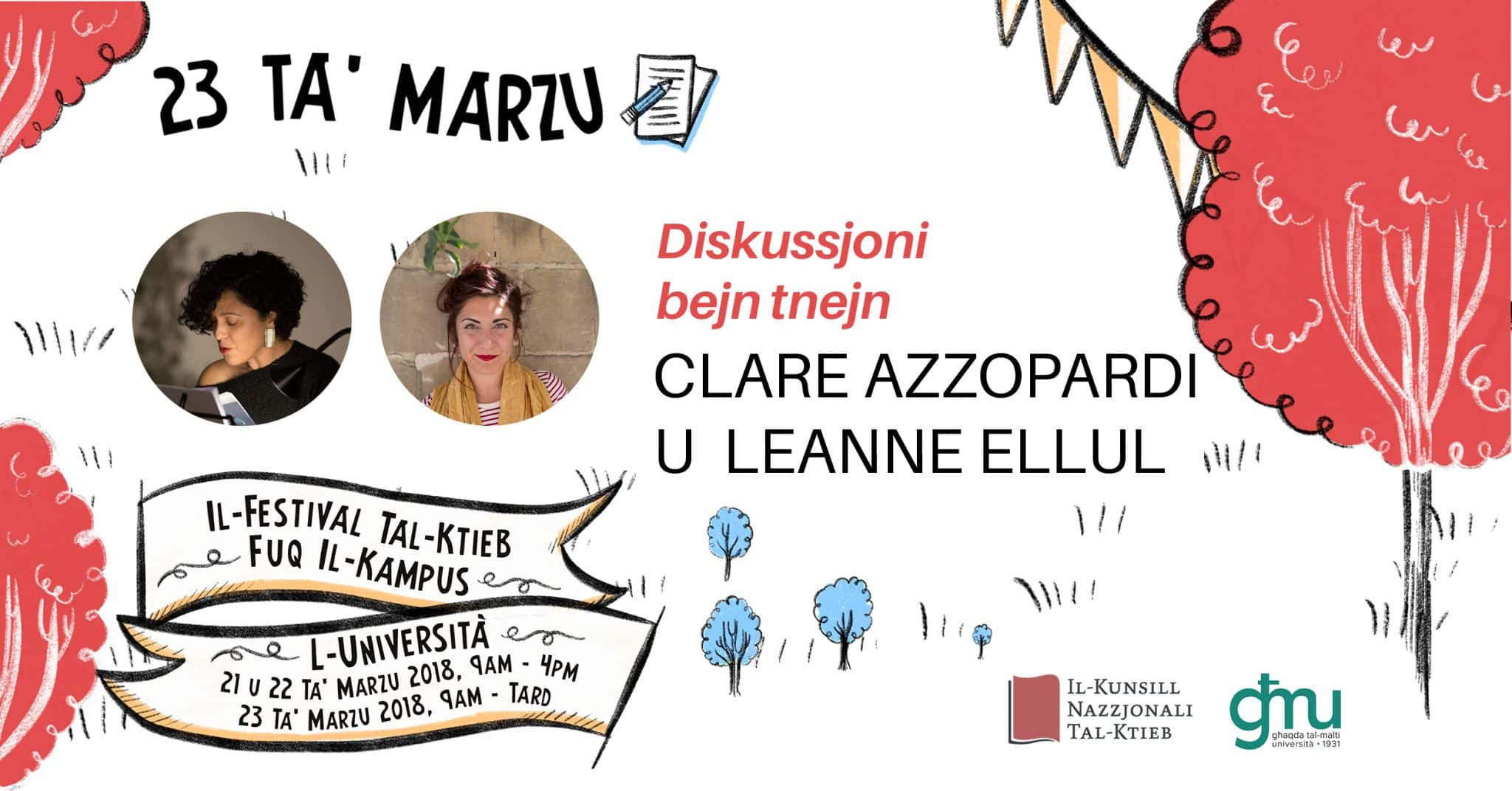 Authors Leanne Ellul and Clare Azzopardi will come together to discuss the common threads in their books Gramma and Frejp, in particular the treatment of difficult themes like anorexia and bullying, and the challenges encountered in exploring these themes in their novels.

The event, scheduled for Friday 23rd March at 12.00 pm on the University’s quadrangle, is part of the Campus Book Festival, organised by the National Book Council and the Għaqda tal-Malti. The discussion will also revolve around young adult fiction and the Maltese context.

Leanne Ellul’s Gramma explores anorexia and the support system (or lack of) in our society. It goes beyond describing the condition. It explores its implications and the individual’s search for meaning, sense of loss, and escapism. In Gramma, anorexia is an excuse for an inquiry into the human condition.

Clare Azzopardi’s Frejp is a topical story about cyber-bullying and being ‘fraped’. It is a novel immersed in the realities of virtual living and social media, and the generation of digital natives. It explores subcultures in a language that young people can identify with, written in a casual style. The narrative shuttles to and fro across the timeline.

Leanne Ellul writes poetry and prose for adults and young children. Her literary works appeared online and in newspapers, journals and anthologies. Amongst others, she won the Premju Francis Ebejer 2013 – the youngest to win such a title – with a play staged at Malta’s National Theatre. She also won the Literary Contest – Novels for Youths. A story of hers is part of the project Flash Europa 28. In 2016 she was awarded the prize for the Best Emergent Author, one of the awards given during the National Book Prize.

Clare Azzopardi is an award-winning writer who writes for both children and adults. Her work has been translated into several languages and has appeared in a number of collections including Transcript, In Focus, Cúirt 21, Skald, Words without Borders and Novel of the World. Azzopardi won the National Book Prize for Literature with Il-Linja l-Ħadra (The Green Line) and Kulħadd ħalla isem warajh (The names they left behind). Clare Azzopardi took part in several festivals and in 2015 she was chosen as one of Europe’s New Voices.