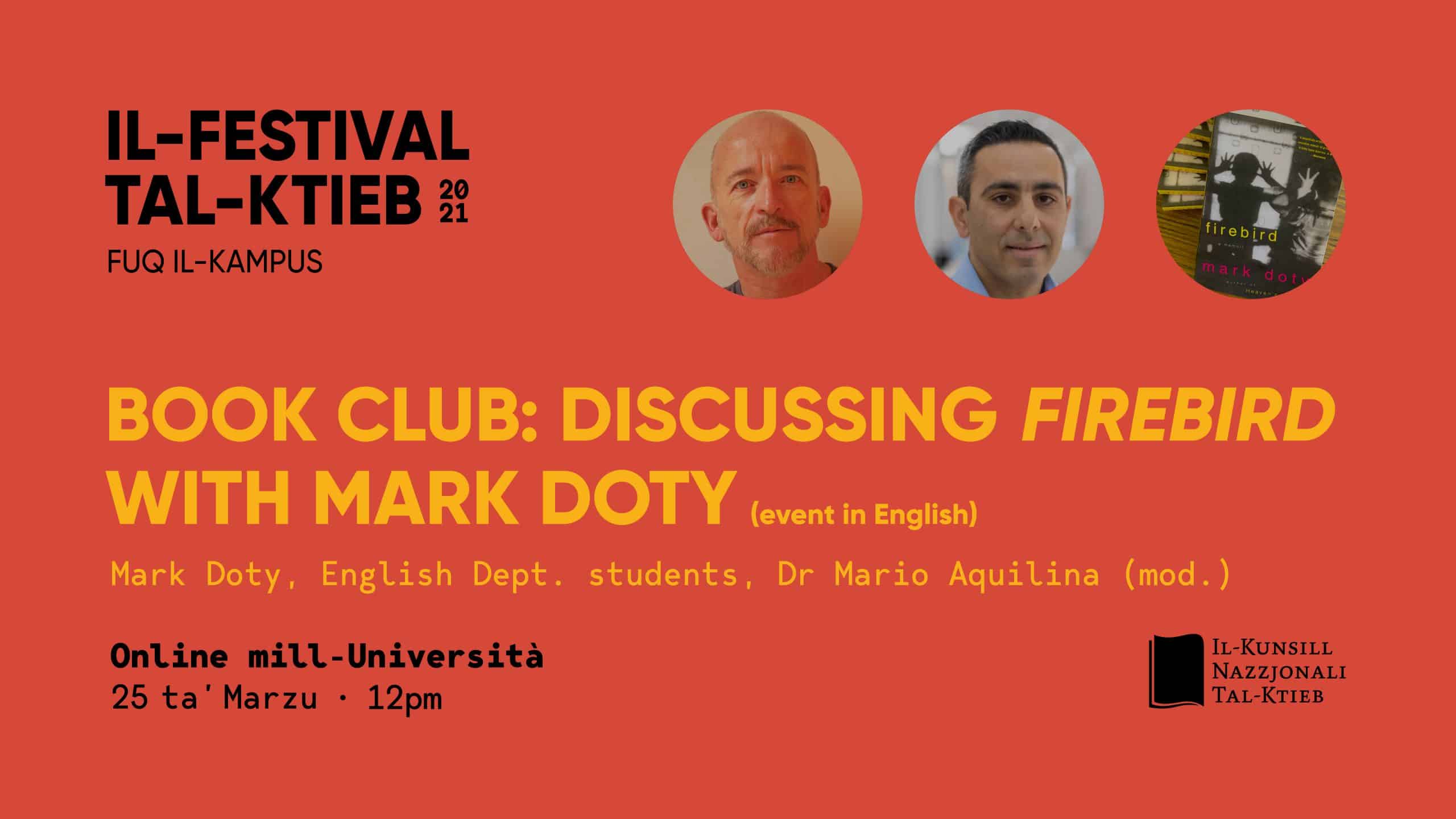 University students will be discussing the memoir ‘Firebird’ by Mark Doty, international guest at this year’s  Campus Book Festival.

Doty tells the story of a ten-year-old in a top hat, cane, and red chiffon scarf, interrupted while belting out Judy Garland’s “Get Happy” by his alarmed mother at the bedroom door, exclaiming, “Son, you’re a boy!”

Firebird presents us with a heroic little boy who has quite enough worries without discovering that his dawning sexuality is the Wrong One. A self-confessed “chubby smart bookish sissy with glasses and a Southern accent,” Doty grew up on the move, the family following his father’s engineering work across America-from Tennessee to Arizona, Florida to California.

A lyrical, heartbreaking comedy of one family’s dissolution through the corrosive powers of alcohol, sorrow, and thwarted desire, Firebird is also a wry evocation of childhood’s pleasures and terrors, a comic tour of American suburban life, and a testament to the transformative power of art.

The session will be moderated in English by Dr Mario Aquilina from the Department of English at the University of Malta.

Mark Doty is the award-winning author of nine volumes of poetry, three memoirs, and essay collections. Many of them, including the New York Times bestselling memoir Dog Years (2007), U.S. National Book Award winning Fire to Fire: New and Selected Poems (2008), have been met with critical acclaim and a wide popular audience. With his poetry collection My Alexandria (1993), Doty became the first U.S. author to win the UK’s Poetry Book Society T.S. Eliot Prize. His second work of non-fiction, Firebird (1999), has been described as an evocative memoir of growing up gay in baby-boom America. As an accomplished poet of elegant, intelligent verse, Doty has often been compared to James Merrill, Walt Whitman and C.P. Cavafy. His most recent publication, What Is the Grass – Walt Whitman in My Life (W.W. Norton, 2020). Doty is currently Distinguished Professor and Director of Writers House at Rutgers University.

Mario Aquilina is a Senior Lecturer in English at the University of Malta. Aquilina has published widely in recognised journals on the essay and nonfiction, literary theory, literary history and contemporary literature. He is also the author of The Event of Style in Literature (Palgrave, 2014), sole editor of The Essay at the Limits (Bloomsbury, 2021) and main editor of The Edinburgh Companion to the Essay (Edinburgh University Press, forthcoming).