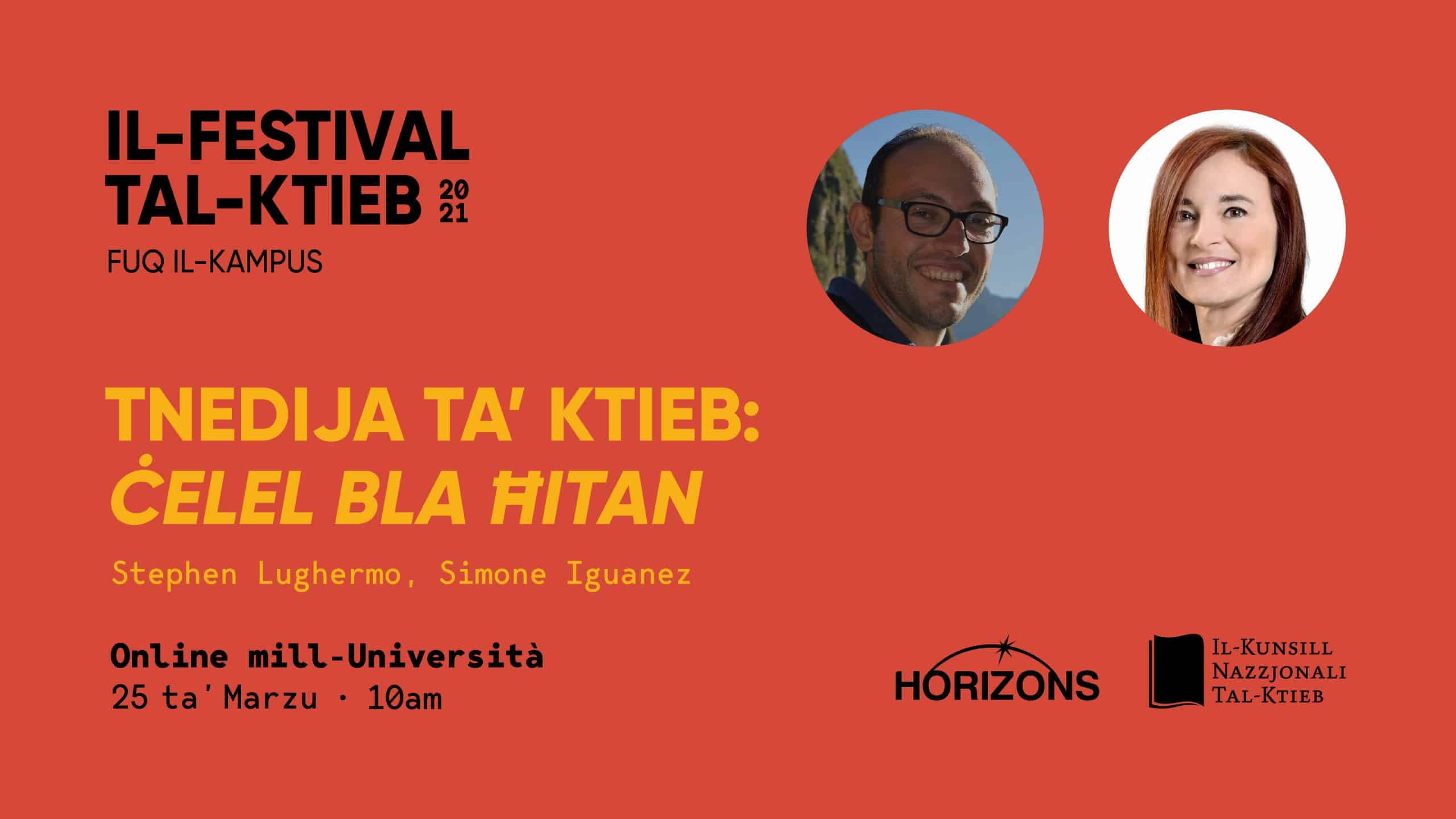 Stephen Lughermo grew up in Tarxien and has been teaching Maltese in secondary school since 2005. In 2015 he published his first novel Kemm Aħna Smart (Horizons), winner of the national Literary Contest for Novels for Youth. Two years later he won the Terramaxka Prize with his novel Jarmuk (Horizons). Lughermo is also the author of children’s books such as ‘Ix-Xewqa ta’ Luke’ (Assoċjazzjoni Nazzjonali tal-Foster Care, 2018) and ‘Toni tat-Tritoni’ (Horizons/Aġenzija Nazzjonali tal-Litteriżmu, 2019).

Simone Inguanez is a poet, translator and arts strategist / funding consultant. She is the author of Water, Fire, Earth, and I (Tr. Maria Grech Ganado, Klabb Kotba Maltin, 2005) and Ftit Mara Ftit Tifla (Inizjamed & Midsea Books, 2005); and co-author of 7 poets 4 days 1 book (Texas: Trinity Press, 2009). Her work was also published in several anthologies and online and translated in 10 languages. In 2007, she was the recipient of a writer’s residency at the International Writing Programme (IWP). She read at various international festivals and participated in various translation workshops. Currently, she is Arts Executive for Literature at the Malta Council for Culture and the Arts and has served on the Maltese Language Council since its creation in 2005.