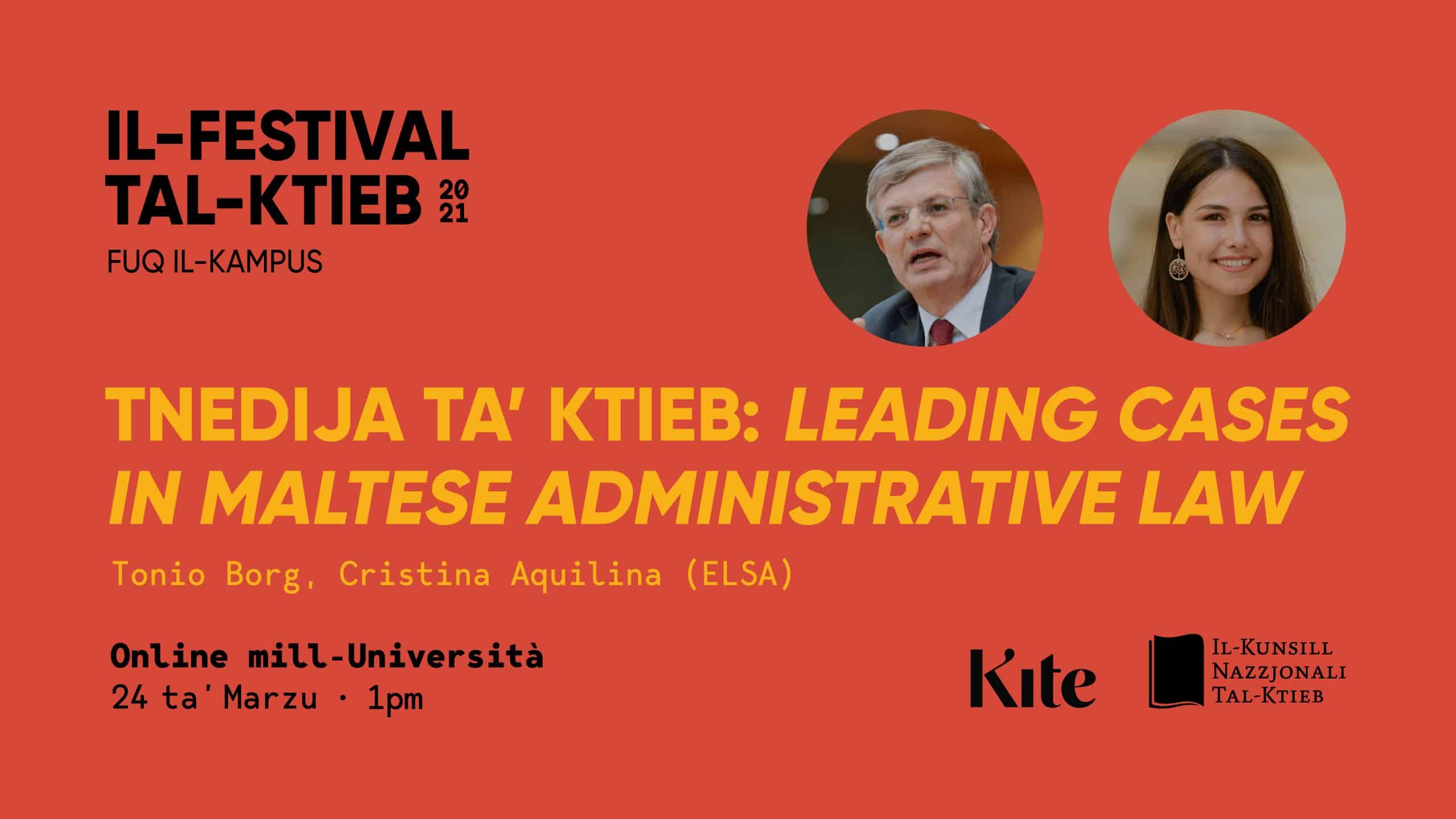 In an interview with Cristina Aquilina (ELSA), Tonio Borg will be presenting this collection of leading cases in Maltese administrative law, covering a period of more than a hundred years, during which the Maltese Courts reviewed acts of the Administration.

Even though it took some time for the Maltese courts to be audacious enough to challenge the reasonableness or otherwise of executive action the cases themselves reveal an ever-increasing determination by the courts to strike down illegality or disproportionate  or unreasonable  acts by any branch of the public sector. The collection includes also audacious judgments  such as the declaration  of a deportation order of British subjects born in Malta in World War II, as illegal and ultra vires as well as the ground-breaking judgment of the Blue Sisters case, where an unreasonable condition attached to a Catholic hospital licence was declared null and void.

These and several other matters are contained in this book which should assist judges, lawyer, scholars and students in understanding better Maltese administrative law in action. The work also constitutes a convenient handbook relating to Maltese jurisprudence on the subject.