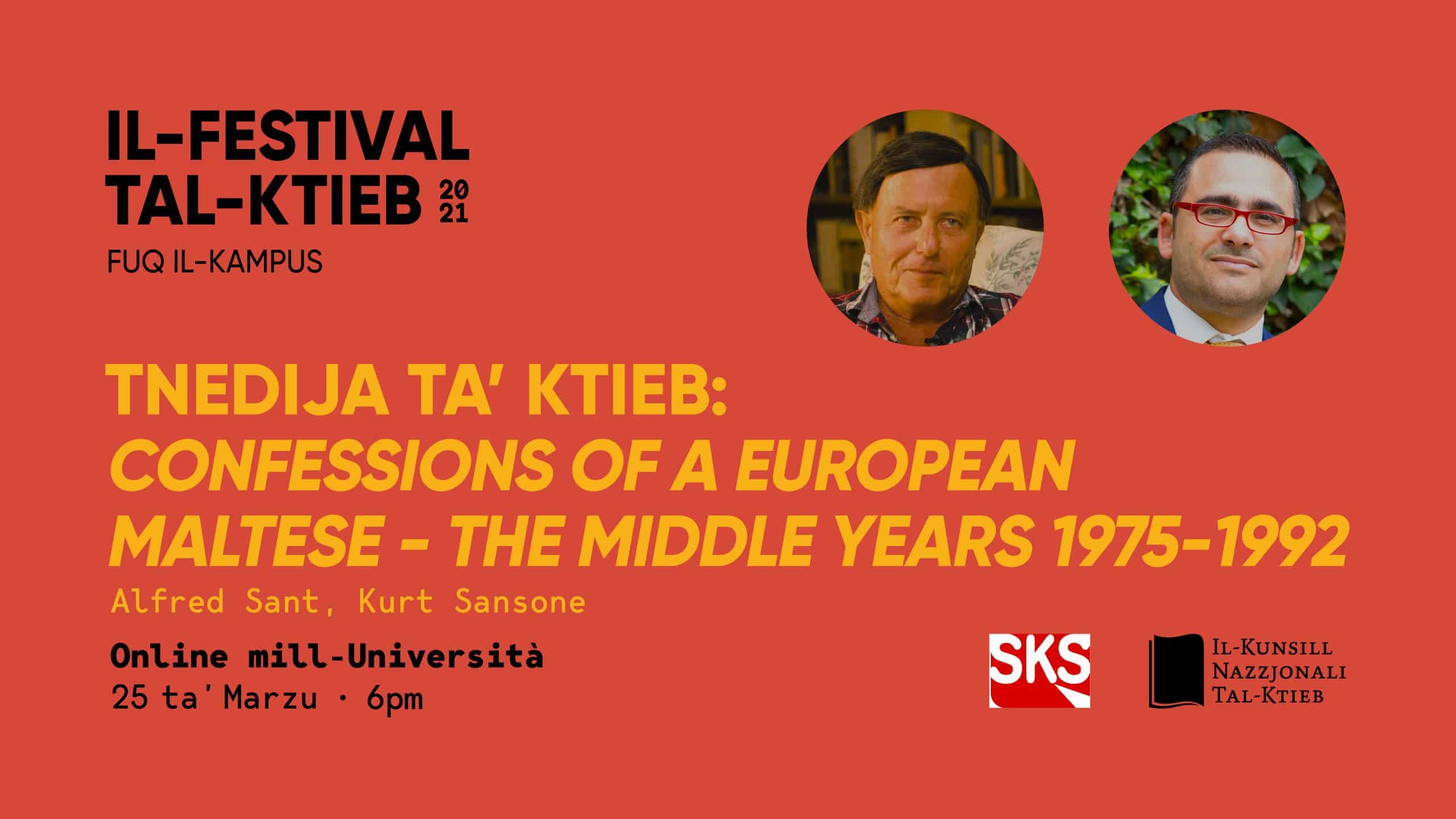 Alfred Sant will be discussing with Kurt Sansone his book of memoirs Confessions of a European Maltese – The Middle Years that is being published on the occasion of the Campus Book Festival. Covering the years 1975 to 1992, the memoirs describe economic and industrial developments in Malta during those years, Sant’s experiences in the US where he went to study business, his involvement in literature and drama, the University, Maltese journalism and eventually in the Malta Labour Party, for which he served as party president and as an MP.

Get both volumes at a discounted price. SKS Publishers is offering a special discount on volume 1 in the series, Confessions of a European Maltese (2003).

Dr Alfred Sant authored a notable list of published works ranging from novels, short stories and plays, as well as political and autobiographical writings. On five different occasions and in different categories he’s been the recipient of the National Book Prize, and most recently the National Book Prize Lifetime Achievement Award in 2019. Between 1996 and 1998 he served as Prime Minister of Malta and was elected as a Member of the European Parliament in the 2014 and 2019 elections. His first novel, L-Ewwel Weraq tal-Bajtar (1968), published when he was only 19 is a watershed moment in the development of the Maltese literature, announcing the advent of the contemporary novel. Other landmark novels include the early-seventies set Silġ fuq Kemmuna (1982) and La Bidu, La Tmiem – 1599 (2001).

Kurt Sansone is the editor of the news portal maltatoday.com.mt. He has been working in the field of journalism for almost 25 years. He first foray in journalism was on voluntary basis for the newspaper Alternattiva, he was involved in setting up the first Maltese web portal di-ve.com, worked in the production team of the TV show Xarabank, was the first editor of the weekly Illum, worked with the Times of Malta and in the last three years has returned to his roots writing for MaltaToday.