Launch of the Maltese edition of Jim Crace’s ‘Quarantine’ – Horizons 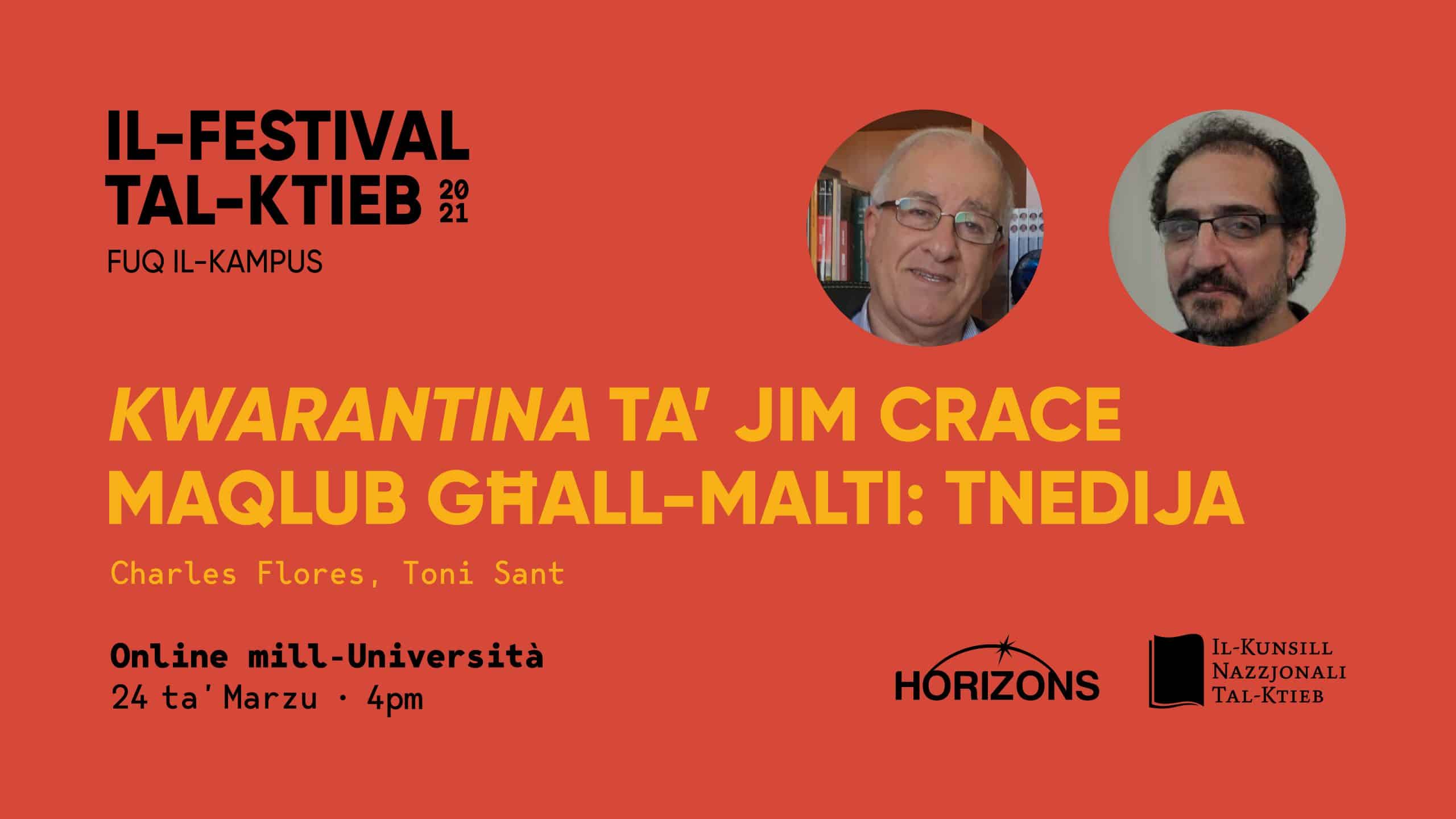 Translator Charles Flores will be interviewed by Toni Sant on the narrative and Maltese translation of Jim Crace’s Quarantine, shortlisted for the Booker Prize and winner of the Whitbread Novel Award in 1998. Kwarantina is being published by Horizons.

Charles Flores, born in 1948, is a journalist and broadcaster, and a Theology graduate. He is one of the co-founders of the Moviment Qawmien Letterarju. The author of many journalistic and literary works, his latest work is Balluta Blues (2019). His poems have been translated into several languages and in 1996 he won first prize in the Commonwealth Short Story Competition.

Toni Sant is a Maltese academic and award-winning broadcaster based in the UK. He is the Director of the Digital Curation Lab at MediaCityUK with the University of Salford and the former Artistic Director of Spazju Kreattiv, Malta’s national centre for creativity in Valletta.