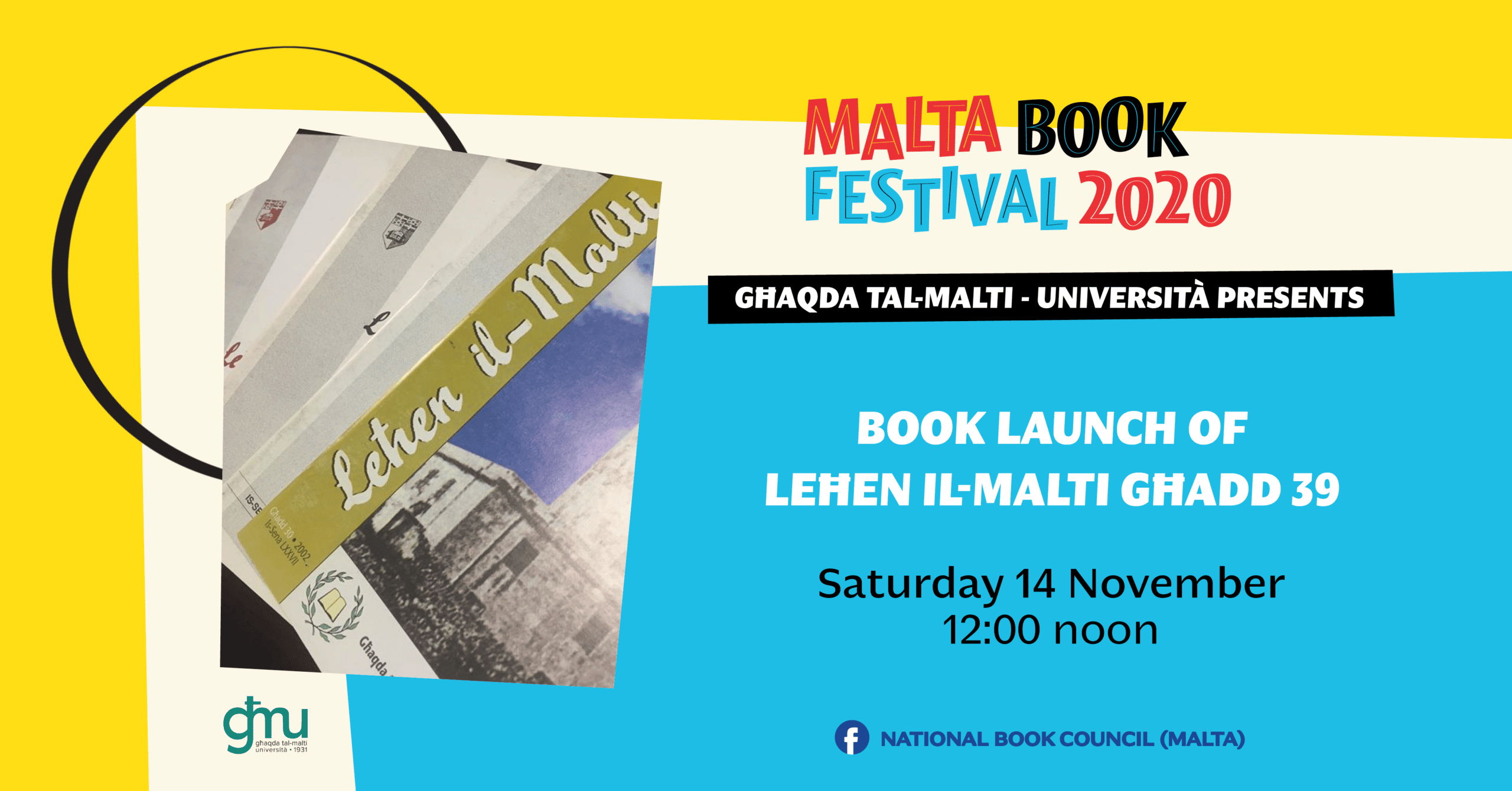 Għaqda tal-Malti – Università launches the 39th issue of Leħen il-Malti, its annual publication since Għaqda’s inception in 1939. During this event the participants whose works appear in this issue will be interviewed and will read excerpts from their work. The Editorial Board of issue 40 is announced and a call for submissions is opened.

L-Għaqda tal-Malti – Università, set up by Rużar Briffa and Ġużè Bonnici in 1931, is a student organisation whose aim is to promote the Maltese language and all related sectors, among students and beyond. The Għaqda started launching Leħen il-Malti from its inception and has continued to do so with a special event at the Malta Book Festival. The group was led by prominent figures past and present alike, such as Pietru Pawl Saydon, Ġużè Aquilina, Dun Karm Sant and Oliver Friggieri. In recent years the Għaqda has invested in educational and interdisciplinary projects especially targeted at adolescents.