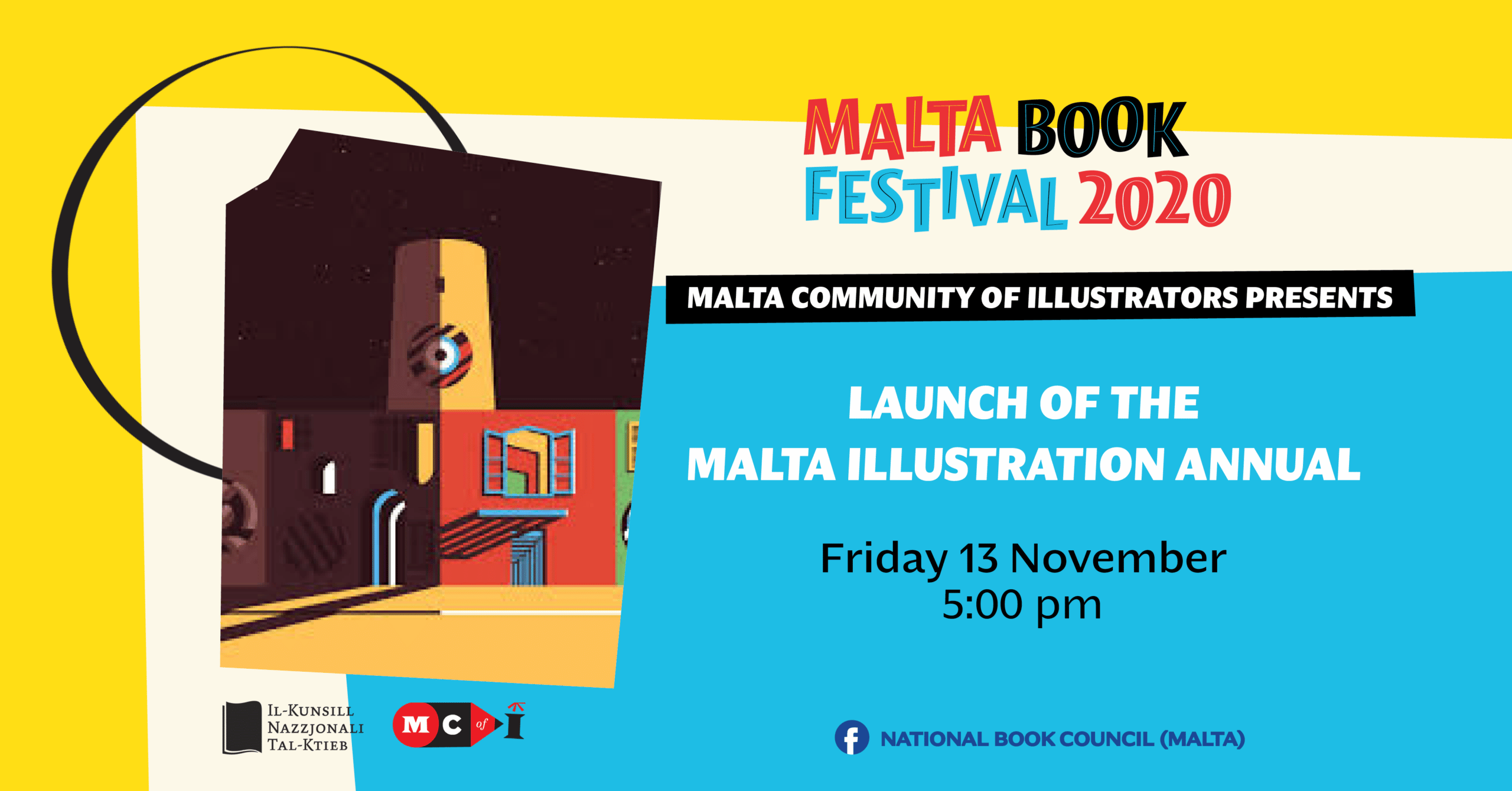 The Malta Community of Illustrators (MCOI) was set up in 2020 with the aim of bringing together professional illustrators, promoting the use and education of illustration as an effective communication tool in Malta and safeguarding the rights of illustrators on the island and overseas.

Starting out as a Facebook group, the community quickly grew into several hundred members. This was the basis for ‘Artna’, the MCOI’s first activity and an online group exhibition that rallied against environmental destruction in the country. Following the success of Artna, the MCOI is now launching an illustration annual, which will be the first illustration annual ever produced that focuses on Maltese or Malta-based illustration, and which is proudly sponsored by the National Book Council.

In the discussion ensuing the launch the public will be taken through the behind the scenes in creating illustration content, with Steven Scicluna, Moira Scicluna Zahra and Mark Scicluna speaking about the process of creating this year’s Malta Book Festival branding and illustration, and Marietta Mifsud running through the process of creating one of her artworks, from concept stage to completion.