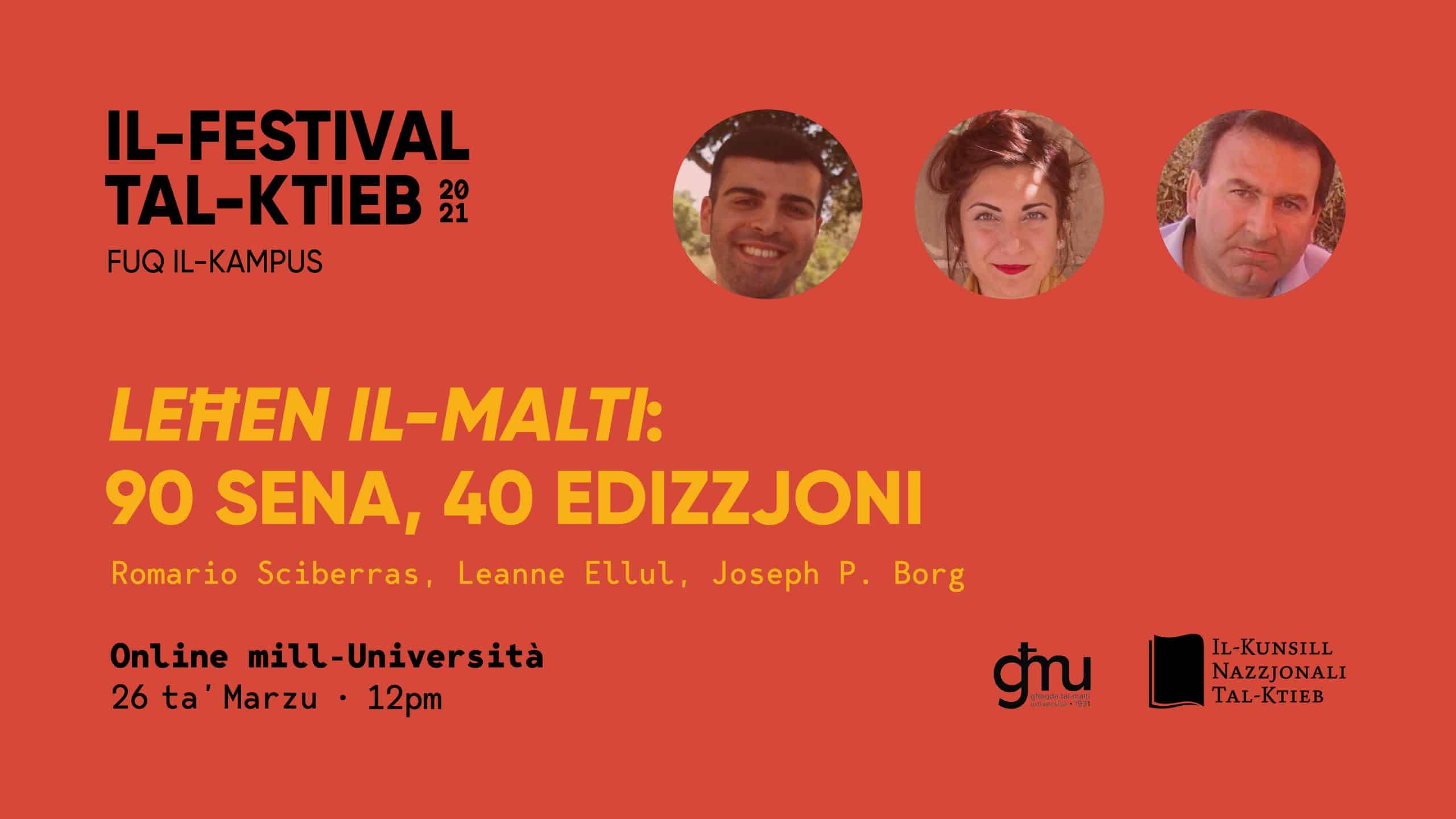 This year marks the 90th anniversary of Leħen il-Malti, the journal published by Għaqda tal-Malti, since it started being published the same year that Għaqda tal-Malti was founded by Rużar Briffa and Ġużè Bonnici in 1931. The 40th edition of this journal will be published on its 90th anniversary. In this discussion, including speakers who had an active role in former editorial boards of Leħen il-Malti, we will take a look at how the journal developed through the years.

Romario Sciberras (1994), the current President of Għaqda tal-Malti, graduated in Maltese in 2019, and this is his second year working as a teacher. During his first degree, he researched Maltese literature from a Queer perspective, and he wishes to continue building upon these studies. The journal published by Għaqda tal-Malti was his first opportunity working as an editor and in publishing.

Leanne Ellul [b.1989] writes both poetry and prose. In the past she has written for theatre and still writes both textbooks and readers for children. She has also translated a number of works to Maltese. Ellul was a member of the committee of L-Għaqda tal-Malti for 5 years of which she served as President for one year. During that year she was also the editor of Leħen il-Malti.

Joseph P. Borg (1964) teaches Maltese and is the Secretary of the Akkademja tal-Malti. In his MA by research, he looked into the history and formation of Għaqda tal-Malti at University. Borg carried out numerous roles within the same organisation between 1992 and 2007, including editor of Leħen il-Malti. He is the editor of numerous publications, translator of Mintoff, Malta, Mediterra – Żgħożiti (2018), and has been a member of the editorial board for different editions of Il-Malti.