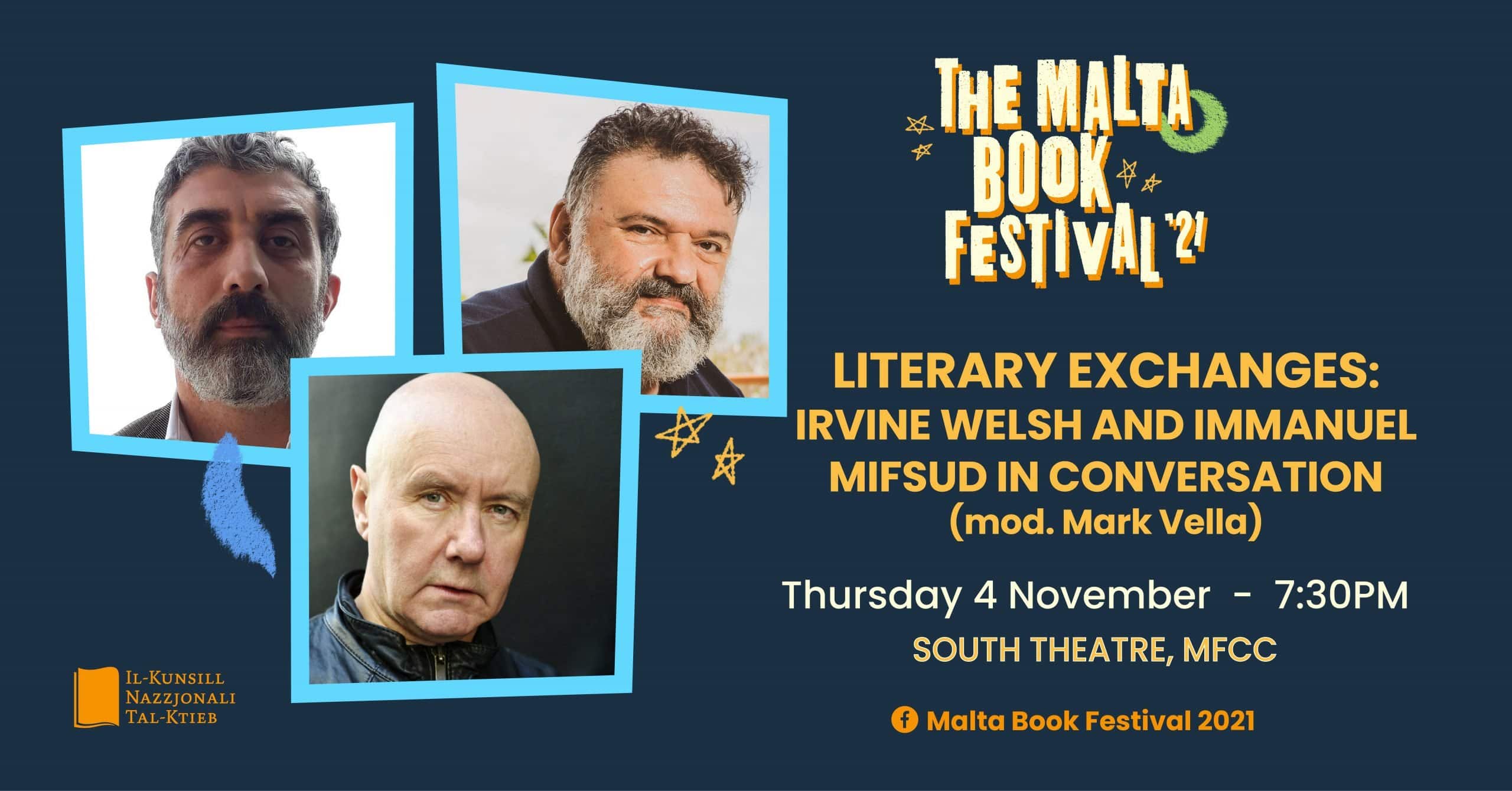 The works of few authors influenced Maltese publishing at the turn of millennium as much as Irvine Welsh’s early publications. Seeking to push the boundaries of Maltese literature in the early noughties, fledgling new publishing house Minima gave a voice to a new generation of uninhibited young writers including Ġuże Stagno and Immanuel Mifsud.

In an exchange moderated by Mark Vella, Mifsud will be joining the celebrated author of Trainspotting to discuss, among other things, the global reach of Welsh’s literature.

Irvine Welsh shot to fame in 1993 with the publication of Trainspotting, since adapted into the iconic film by Danny Boyle. Despite the unease from the critical establishment, Welsh’s novel received as many good reviews as ones swathed in disgust and outrage – establishing a tradition that continues to this day. Following Trainspotting, which has now sold almost 1 million copies in the UK alone, he continued to write and publish prolifically, remaining a controversial figure whose novels, stage and screen plays, novellas and short stories have proved difficult for literary critics to assimilate – a difficulty made only more noticeable by Welsh’s continued commercial success.

Immanuel Mifsud is a National Book Prize-winning author of various short-story collections, novels and poetry books. His works have been translated into many languages. With Fl-Isem tal-Missier (u tal-Iben), Mifsud became the first Maltese writer to receive the European Union Prize for Literature – it has since been published in English by Parthian and in French by Gallimard, among others. Mifsud’s latest original works are the collection of poetry Madwar Sagħtejn u nofs ’il bogħod mill-Ġenna (Klabb Kotba Maltin, 2019) and the collection of politically charges stories, L-Aqwa Żmien (Klabb Kotba Maltin, 2019).

Mark Vella is a writer, editor, translator, and the founder and former director of early-noughties publishing house Minima Publishers. He’s the editor of Ġrajja Maltija (Klabb Kotba Maltin, 2010), a collection of short stories by Juann Mamo first published in various journals between 1923 and 1935, and the author of the novel, X’Seta’ Ġralu lil Kevin Cacciattolo? (Merlin Publishers, 2016).

Pre-registration for all Malta Book Festival programme events is mandatory.
Book your place at: https://www.showshappening.com/

Admittance to this Festival event shall be exclusively on presentation of a valid vaccination certificate.

Visits to the Bookshop retail area are not subject to pre-registration or the presentation of a valid vaccination certificate.