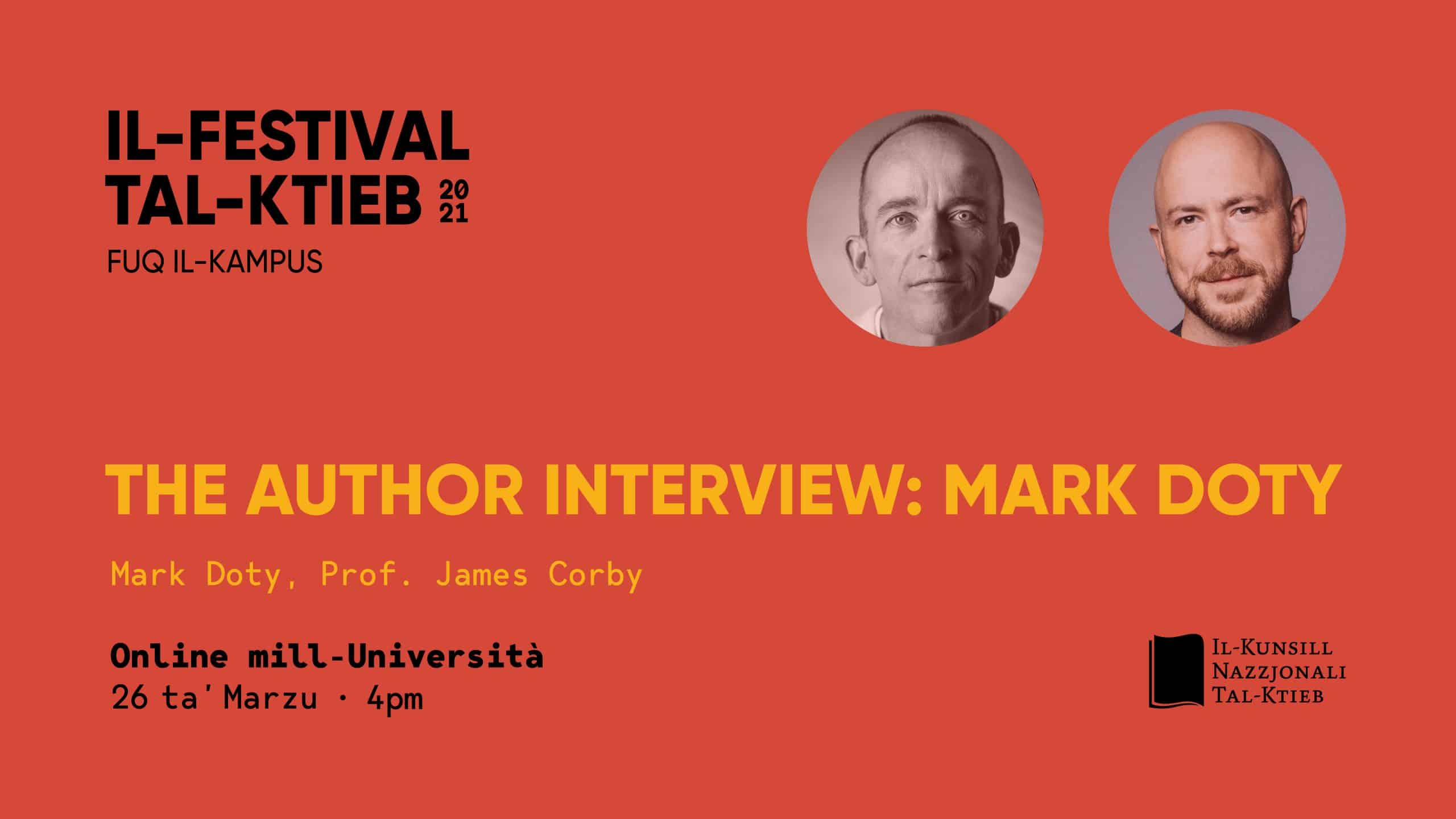 Mark Doty is the award-winning author of nine volumes of poetry, three memoirs, and essay collections. Many of them, including the New York Times bestselling memoir ‘Dog Years’ (2007), U.S. National Book Award winning ‘Fire to Fire: New and Selected Poems’ (2008), have been met with critical acclaim and a wide popular audience. With his poetry collection My Alexandria (1993), Doty became the first U.S. author to win the UK’s Poetry Book Society T.S. Eliot Prize. His second work of non-fiction, ‘Firebird’ (1999), has been described as an evocative memoir of growing up gay in baby-boom America.

As an accomplished poet of elegant, intelligent verse, Doty has often been compared to James Merrill, Walt Whitman and C.P. Cavafy. Doty is currently Distinguished Professor and Director of Writers House at Rutgers University.

James Corby is Associate Professor and Head of the Department of English at the University of Malta, where he lectures on literary theory, poetry, and philosophy. He is the founding co-editor of CounterText: A Journal for the Study of the Post-Literary, which is published by Edinburgh University Press and is now in its sixth year of continuous publication. He is also a founding member of the Futures of Literature Network, a research network based in Malta. He has published widely on literature, and philosophy, including articles on romanticism, modernism, phenomenology, performance, politics, literary theory, and contemporary literature.