The Ombudsman – Too soft on the Public Administration? – BDL Books 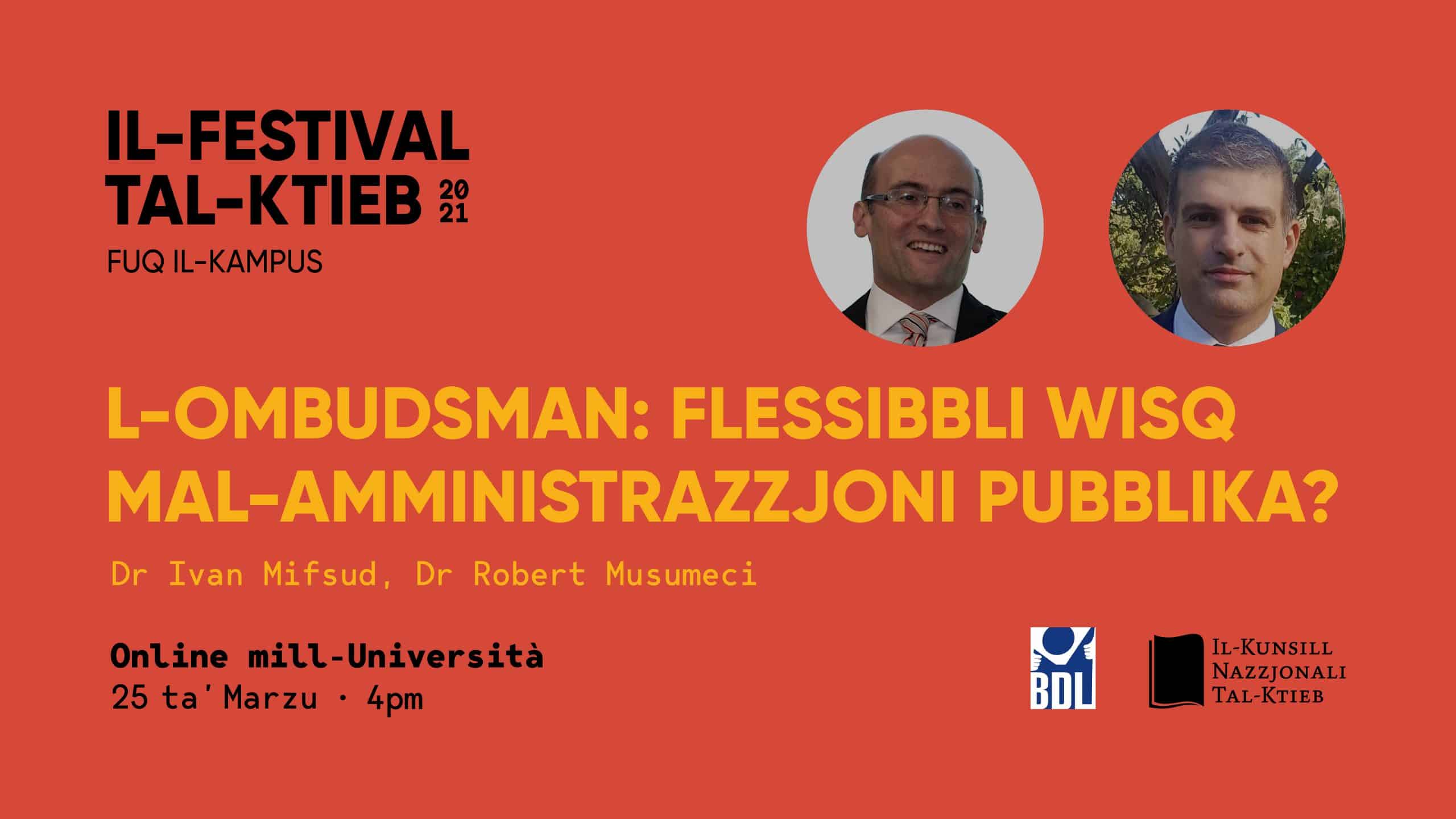 Dr Ivan Mifsud will be discussing his monograph The Ombudsman Remedy in Malta: Too Soft a Take on the Public Administration? with Dr Robert Musumeci, addressing the Ombudsman’s role in Malta, and this institution’s track record and effectiveness as a ‘soft’ remedy in Malta.

In his monograph Dr Ivan Mifsud seeks to explain why the ombudsman institution exists, its strengths and weaknesses, how it operates, its benefits not only to the general public but also to those involved in public administration; the underlying rationale being that one cannot support an institution without true appreciation and understanding of the same. The publication hopes to enhance such understanding, leading to better cooperation between the stakeholders.

Ivan Mifsud graduated LLD in 1999 and PhD in Administrative Law, in 2008. After thirteen years working for the Maltese Parliamentary Ombudsman (mainly investigating complaints related to planning, police and local councils) , and three years chairing the Prison Board of Vistors, he joined the University of Malta as a resident Senior Lecturer, in September 2013. He is currently Head, Department of Public Law, and Dean, Faculty of Laws. He has authored various contributions and in 2017 published a monograph called ‘Judicial Review of Administrative Action; An Examination of Article 469A COCP and of Judicial Review in General’.