The revival of theatre in Maltese – GħMU 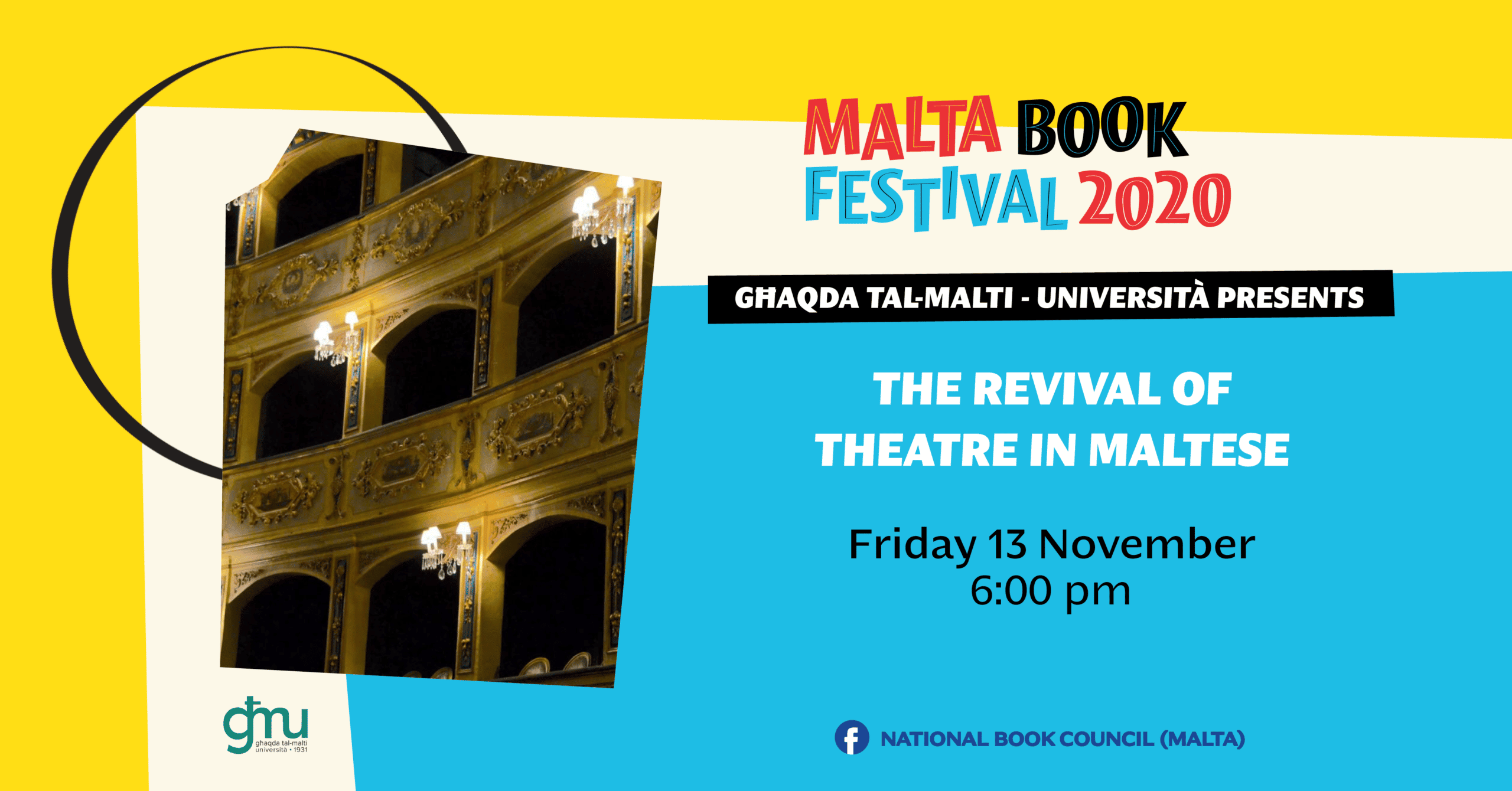 What is the story behind Maltese theatre? How did Maltese theatre regain its popularity? Why is it relevant?
Lecturer Dr Marco Galea, Teatru Malta Director Sean Buhagiar and Dù Theatre Director, writer and actress Simone Spiteri engage in this discussion on contemporary Maltese theatre and its revival, led by Stephanie Bonnici, who works in creative and cultural production and management.

This event is presented by Għaqda tal-Malti – Università. L-Għaqda tal-Malti – Università, set up by Rużar Briffa and Ġużè Bonnici in 1931, is a student organisation whose aim is to promote the Maltese language and all related sectors, among students and beyond. The Għaqda started launching Leħen il-Malti from its inception and has continued to do so with a special event at the Malta Book Festival. The group was led by prominent figures past and present alike, such as Pietru Pawl Saydon, Ġużè Aquilina, Dun Karm Sant and Oliver Friggieri. In recent years the Għaqda has invested in educational and interdisciplinary projects especially targeted at adolescents.