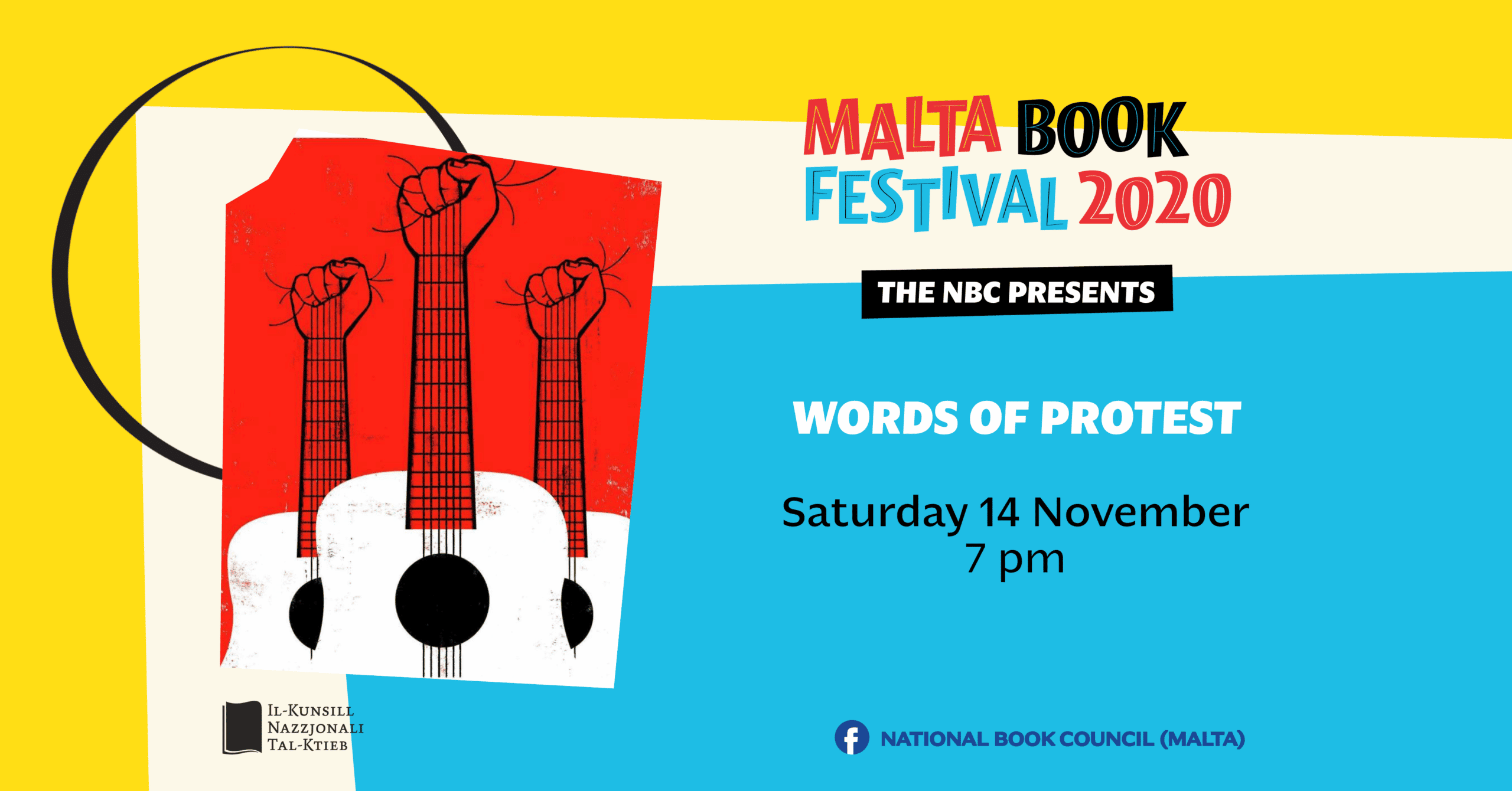 A discussion on literature of protest with reference to the recent contributions of local artists and writers.

Protest literature has been variously described over time as shocking, a noble attempt at evoking empathy, and as an activist’s incisive tool. All of these forms are ultimately grounded in a recognition of the need for change and the act of reaching out to readers, promoting a set of values or offering itself as a mirror of society.

The various forms of literary expressions of protest in Malta will be discussed during this conversation moderated by Adrian Grima with the participation of Karl Schembri, Wayne Flask, Nadia Mifsud Mutschler and Zvezdan Reljić.