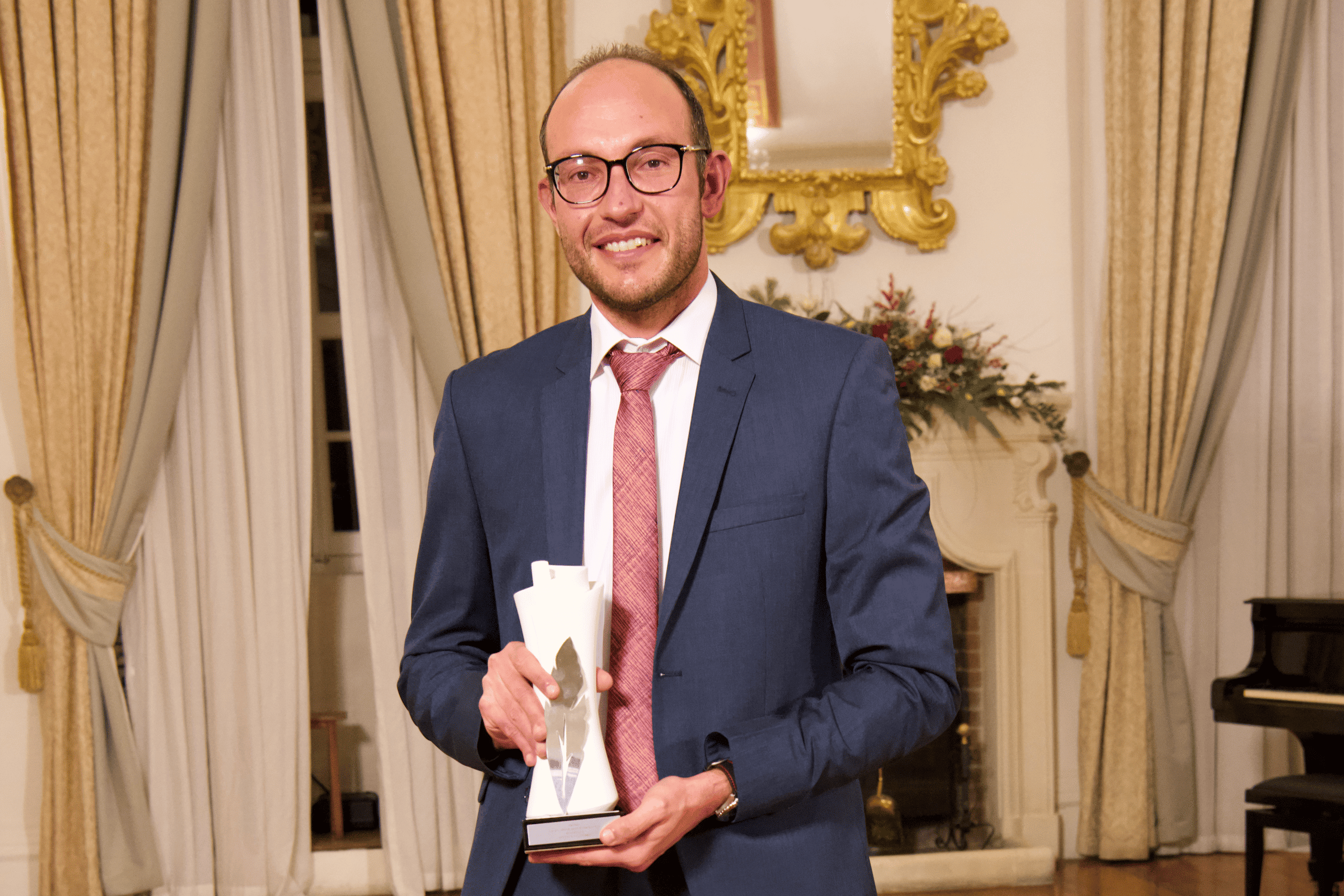 Stephen Lughermo is one of a group of contemporary young writers contributing to the development of young adult literature in Malta with refreshing writing that breaks away from the traditional themes associated with adolescents’ literature. Lughermo was recently described by literary columnist Mark Vella as an author who is “steadily developing towards a strong product” with writing aimed deliberately at youths but also preoccupied with more adult considerations. 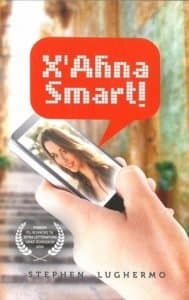 The National Book Prize for Best Emerging Author awarded by the National Book Council to Lughermo in 2021 builds on, and takes into account, the number of important literary prizes and contests the author has won so far, including the Literature for Youth Literary Contest in 2014 which he won with the manuscript ‘X’Aħna Smart!’, later published by Horizons, and the Terramaxka Prize in 2018 for Jarmuk (Horizons). Lughermo has also published books for children including Luke’s Wish (National Foster Care Association, 2018) co-authored with Diane Farrugia, and Toni tat-Tritoni (Horizons / National Literacy Agency, 2019).

In 2018 he was the special guest at Inizjamed’s Open Mic held as part of the Mahalla Festival programme, which brought together local and international artists who contributed to the discourse on migration. On that occasion Lughermo read from Jarmuk, a novel whose title plays on the name of Yarmouk refugee camp and the starting point from where the novel’s protagonist Marwan leaves on his escape to Malta.

In 2021 Lughermo published what he has called his first work for an adult audience, Ċelel bla Ħitan, which has been described by the author and critic Omar Seguna as the culmination of the author’s experience accumulated over the course of his previous works. Academically Lughermo has also written about Maltese literature; his Bachelor’s dissertation spoke about ‘The Development of Translation in Maltese Narrative: From Adaptation to Faithfulness’, and for his Masters he presented the thesis, ‘The Character of the Priest in Maltese narrative’. 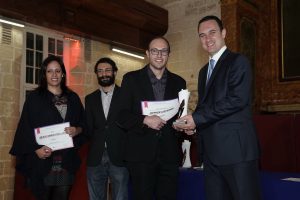 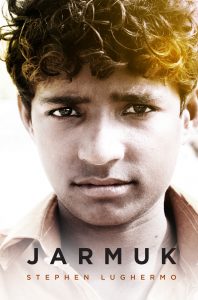 The teacher who doesn’t write the literature he’s learned

Stephen Lughermo was born and raised in Tarxien. He spent his first years in school attending Tarxien primary school from where he moved to the Archbishop’s Seminary secondary school in Rabat. Lughermo read for a Bachelor of Arts, graduating in 2004, and a year later graduated as a qualified teacher. He received his Master’s degree in Maltese from the University of Malta in 2018. From time to time he has also worked as a translator.

He has been teaching Maltese in secondary schools for more than a decade which  has provided him with a window into the lives of students, specifically those between the ages of 11 and 15. That being said, as he stated in an interview with Patrick Sammut, he doesn’t view writing as a didactic exercise, “writing should be fun. Learning (or ‘the message’) should only be a consequence.” Being in contact with students is what got him into starting to write for a young adult audience in Maltese; in an interview with Simone Inguanez, Lughermo noted that many of his students who loved to read were disappointed that they were unable to find Maltese fiction written for their age group.

People are his inspiration, and Seguna attributes to him the distinguishing quality of careful observation and strongly written interpretations. Vella also comments on the ability to observe deeply: “[Lughermo] has the power of empathy, paying particular attention to suffering in such a way that he also manages frame it effortlessly in its actual social context.” Echoing the thoughts of Trevor Żahra regarding inspiration, Lughermo has spoken about a highly structured writing process – while there are moments at the beginning of a project when he is indeed inspired, these are short lived and need to be followed through by a lot of dedicated work. He also believes that the committed writer has a duty to present the pains of people who suffer in silence. 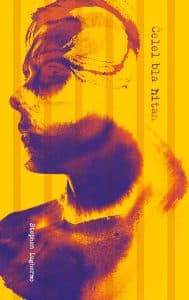 Lughermo’s latest book, Ċelel bla Ħitan, is a collection of short stories dealing with the psychological and social limits drawn up by contemporary society, the limiting barriers or walls that are especially difficult to overcome because they are invisible and largely unknown to us. The stories are set in small and suffocating environments in which the protagonist experiences psychological and physical constraints as one and the same, and where breaking free from the physical closure does not necessarily bring about psychological freedom. In this regard, he’s following in the footsteps of authors such as Frans Sammut with the novel Il-Gaġġa, which Lughermo considers an influence. Reflecting on the sense of resignation in the characters of this collection, Vella compares Lughermo’s novel to the earlier works by Immanuel Mifsud, “with a lighter aesthetic, not as dark, but more often than not still drowned in resignation.”

Seguna chooses the following passage from the short-story ‘Chilometro Cinqauntasette’, which according to him manifests Lughermo’s ability in this collection to draw in the claustrophobic walls around the reader. For his next project Lughermo is currently working on a new novel for adults about the “national environmental issue”. 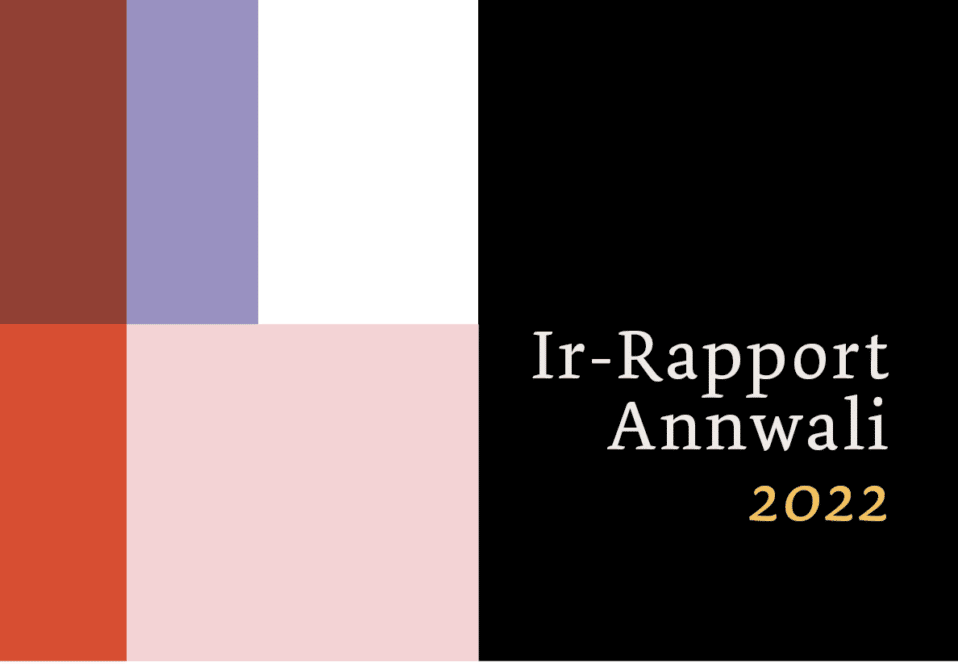