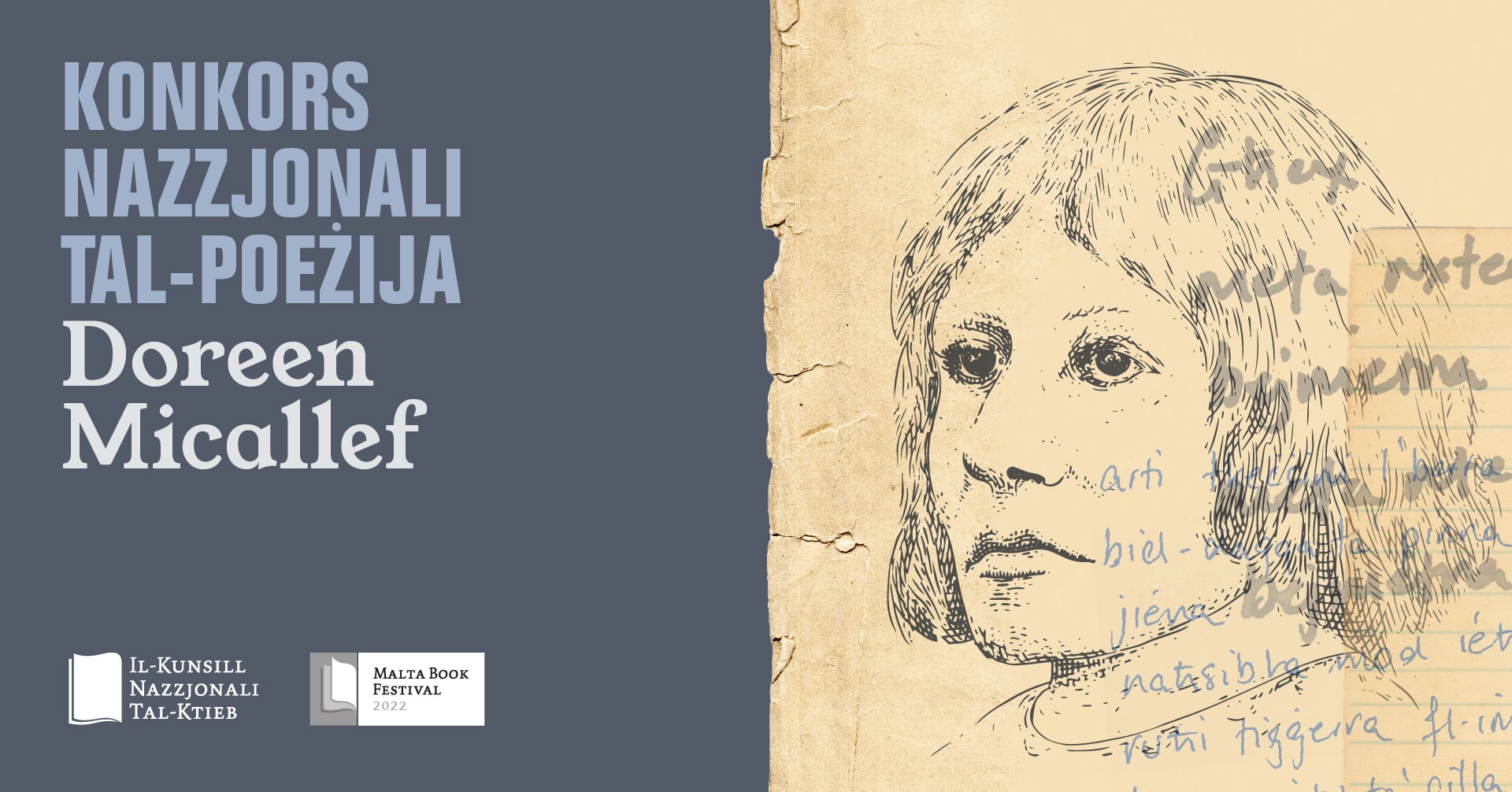 The winners of this year’s Doreen Micallef National Poetry Contest were announced at a ceremony held at the Malta Book Festival, presented by Mariele Zammit.

This year, 80 poems were submitted for the contest by various poets, a considerable increase from the last year’s 50, a proof that the prestige of this contest is ever growing. Therese Pace’s “Fuq l-Aġenda tal-Għajn ta’ Doreen”, has been awarded the first prize with an award of €1,000 by the jury made up of Professor Rena Balzan, Professor Norbert Bugeja and Glen Calleja.

Pace is a bilingual poet that published numerous anthologies, among them Arpeġġi that won the National Book Prize in 2004. Her work has also been published in various local and foreign collections of poetry. This prize has been preceded by other prizes. She also published various books for children such as Naqraw u Nirrimaw. The evaluators described her prize-winning poem as one with a strong and consistent choice of words that give a distinct identity to the poem.

The National Book Council Executive Chairman Mark Camilleri remarked that he is very satisfied that his call during last year’s ceremony was heeded and the contest has grown so much. Camilleri congratulated the winners and all participants since it is them who make this contest as prestigious.

This contest is held annually and is open to everyone. The poem submitted has to be original, in Maltese, unpublished, not longer than 36 verses, and through a pseudonym, making the evaluation anonymous.

The National Book Council thanks all those all those who submitted poems and the members of the jury for their work. The next edition of this contest opens in June 2022.

During the ceremony, a collaboration was also announced with the influential magazine Modern Poetry in Translation, that will be dedicating one of its forthcoming issues for Maltese poetry translated in English. A call will be opened.

The full results have been published here.