The National Book Council is proud to present Kwarta Ktieb, a new literature podcast featuring readings from some of Malta’s best-loved books.

From today you’ll be able to listen to 15-minute reads from locally-published short stories, excerpts from novels and poetry, read by an array of authors and personalities hailing from the arts sector.

In this first series we’ve put together a diverse anthology of literary works spanning nearly a century of Maltese literature, revisiting classic works such as the ever-so relevant socio-political satire Ulied in-Nanna Venut fl-Amerka by Juann Mamo, poetry by Doreen Micallef, and some of the last decade’s best-sellers including Ġużè Stagno’s What Happens in Brussels Stays in Brussels and Immanuel Mifsud’s prize-winning Fl-Isem tal-Missier (u tal-Iben).

Each episode is guaranteed to provide listeners with moments of discovery or to transport readers back to their favourite worlds via the voices of guest readers featured on Kwarta Ktieb, which include Antonella Axisa, Loranne Vella, Kenneth Scicluna and Mikhail Basmadjian.

You can listen to all 10 episodes on MaltaToday and Anchor.

Kwarta Ktieb is the latest initiative by the National Book Council aimed at further promoting Maltese literature with local audiences.
It is being produced in collaboration with MaltaToday.

Episode 4
Sab Mulligan reads ‘I went to see her’ from Having Said Goodnight by Pierre J. Mejlak (Merlin Publishers, 2015) 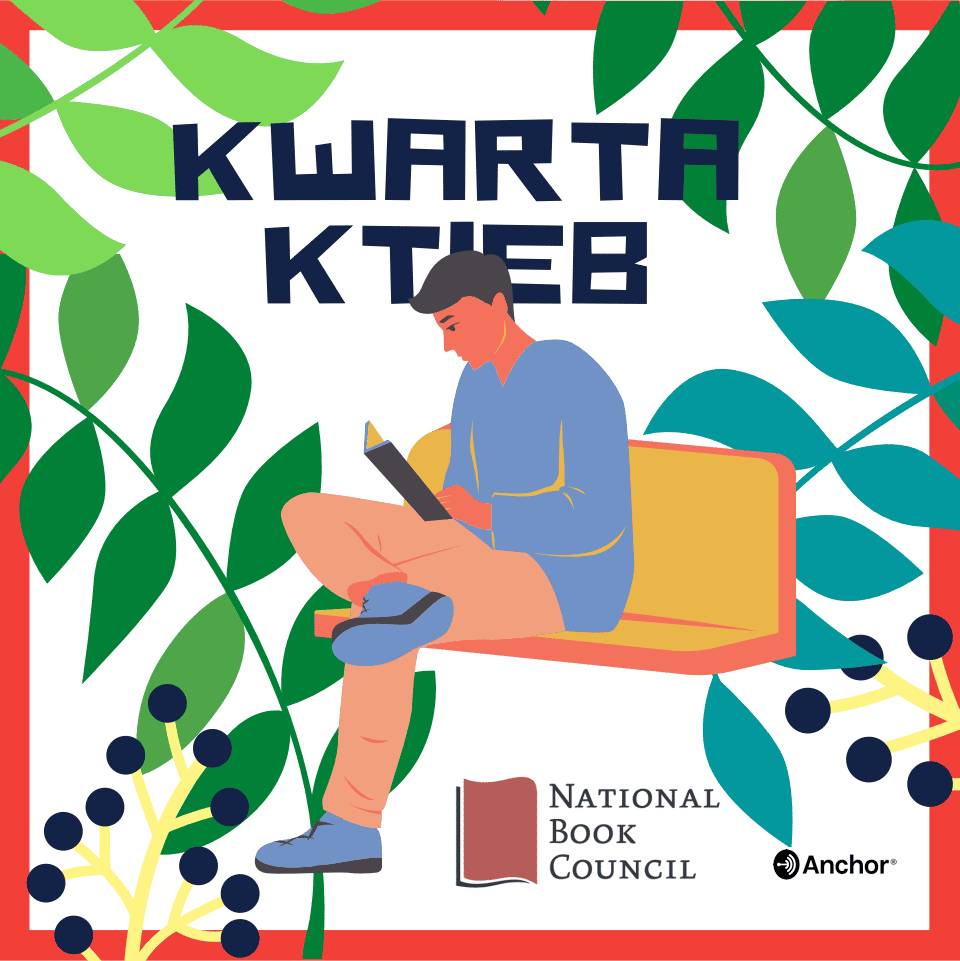