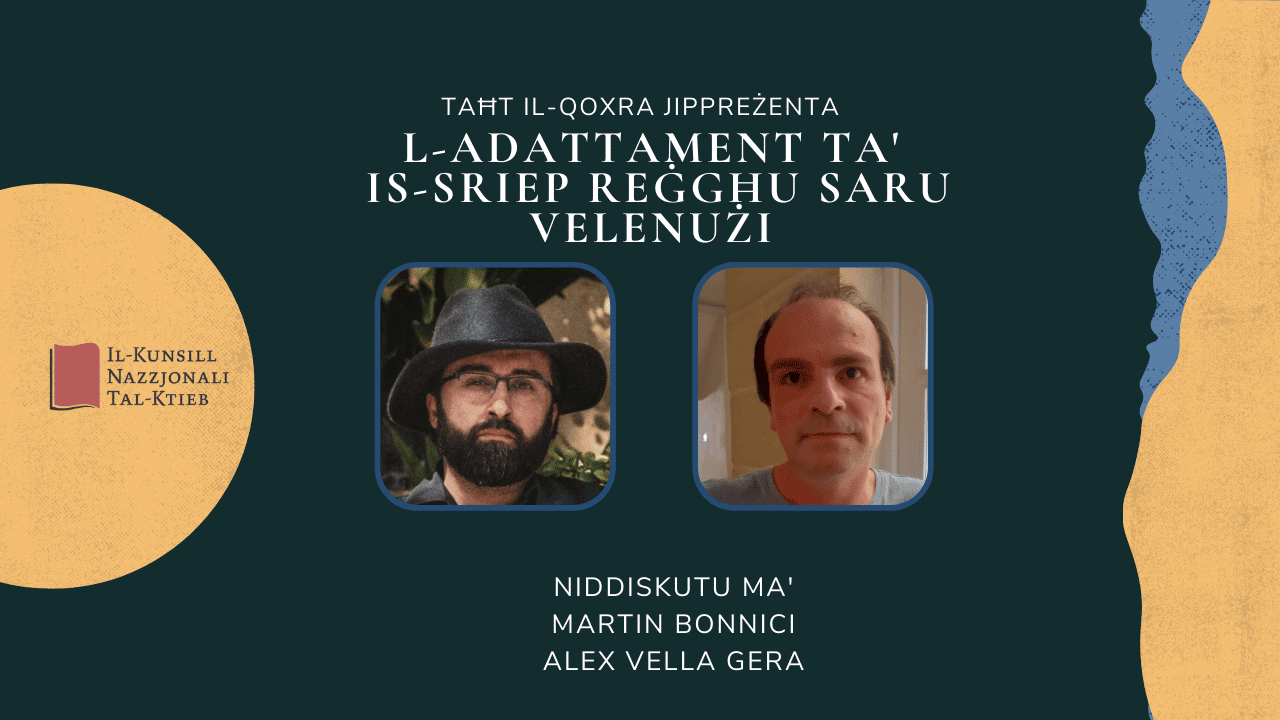 In this week’s programme we spoke to the author of the 2013 National Book Prize-winning novel Is-Sriep Reġgħu Saru Velenużi (Merlin Publishers, 2012), Alex Vella Gera, and the director of its upcoming film adaptation, Martin Bonnici. We discussed with them their hopes for how the film will be received by audiences, the process behind the novel and the film, and the way this piece of work reflects on the past and present social and political realities of Malta.

The film ‘Is-Sriep Reġgħu Saru Velenużi’, produced with the support of the National Book Council’s Film Adaptation Fund, will debut in local cinemas on Friday 6 August at Eden Cinemas.

Books discussed in this program:

We remind listeners that this episode is being broadcast at the same time on Radju Malta.