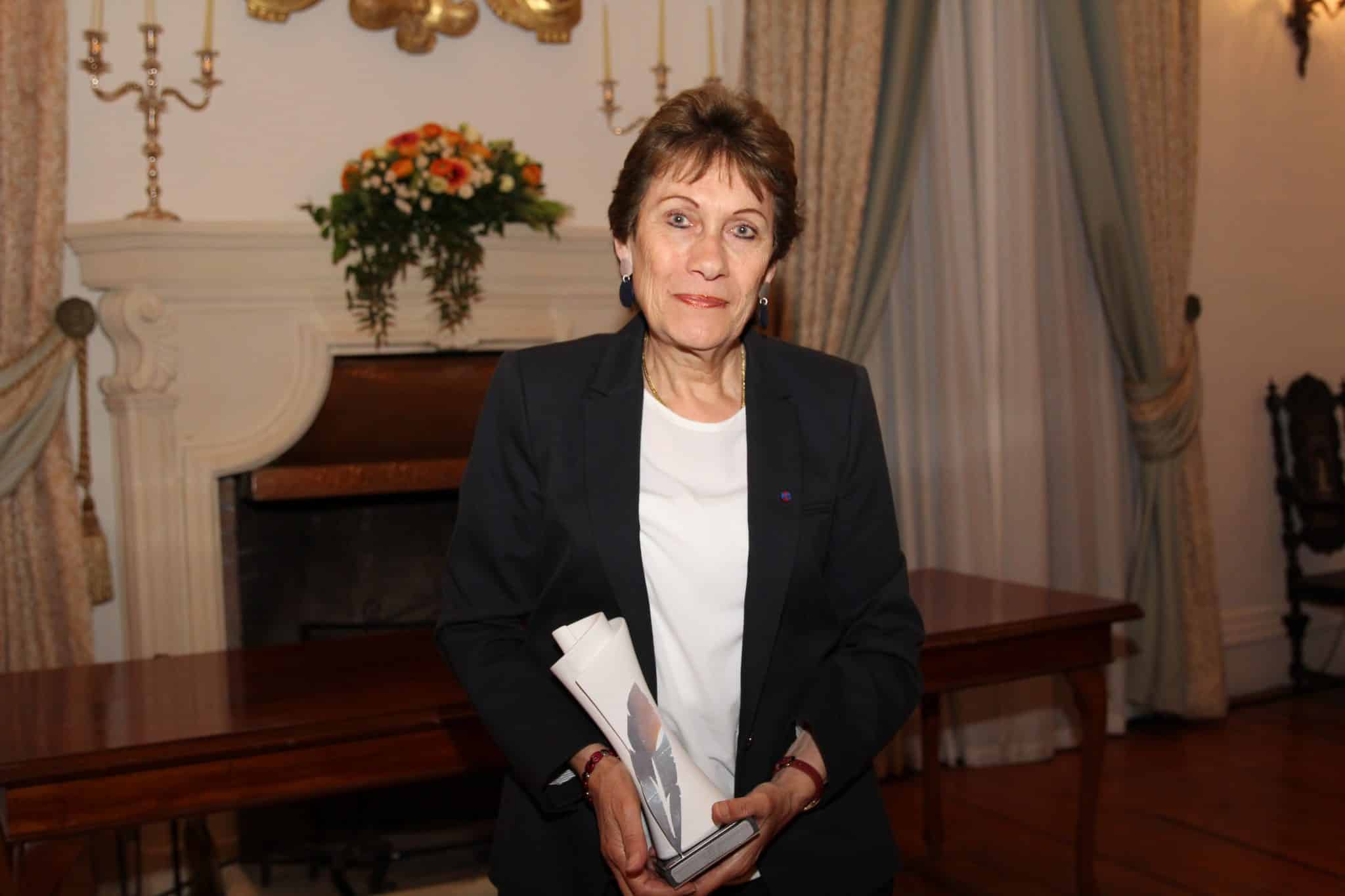 ‘As a librarian, and later on an academic in the field of library studies, Lillian lived and breathed books… not just the physical, paper and cardboard manifestation of them, but also their incredible significance as vehicles of knowledge; as prime movers of change and, at the same time, recorders of history.’ (Ġorġ Mallia, A smell of unanswered questions and indefinite time, Malta Today, 15 September 2016).

The prestigious Lifetime Achievement Award forming part of the National Book Prize 2018 was bestowed upon librarian and author Dr. Lillian Sciberras for her contribution to librarianship in Malta, but also for the role she played in enriching Maltese literature, with novels and poetry in Maltese and English. The judges of the National Book Prize and the National Book Council see it as fitting to honour her with the Lifetime Achievement Award, an award which relates to a lifetime of work, not only literary output, but also in terms of one’s contribution to literary scholarship, to the education of local communities and to the nurturing of local literary culture. Dr. Sciberras will be celebrated in a special event dedicated to her life and career during next year’s Malta Book Festival, where the public will have the chance to meet the renowned author, know more about her career, and ask her questions.

One of the first professional librarians in Malta, Dr Sciberras contributed extensively to Malta’s public libraries and librarianship in general and passed her expertise on to many of today’s librarians. She is a Senior Lecturer in Library Studies and Head of the Division of Library & Information Studies in the Centre for Communication Technology at the University of Malta. She has previously held various positions in the library of the same university, most recently that of Deputy Librarian (1984-1992). She served on various committees and boards, also occupying the role of Chairperson of the statutory Public Libraries Advisory Committee. She studied for the Chartered Librarian’s qualification in London at Ealing College for Higher Education, and at University College London for an MA. In 2001 she gained a PhD as an external student with London University with a thesis entitled Melitensia: Information Resource and National Memory. A fellow of the Chartered Institute of Library and Information Professionals (UK), and member of the American Library Association, Dr. Sciberras is also a founding member of the Malta Library & Information Association (MaLIA), and life member of the Friends of the Nation.

Dr. Sciberras’ research interests lie mainly in the areas of national bibliographic development and related services, national memory, and Melitensia as a national information resource and as the country’s collective memory. She is the author of a sizeable amount of academic papers, such as contributions in Some problems facing the current national  bibliography in Mediterranean countries (1987), Retrospective record conversion and shared national library functions in Malta: reflections from the edge of Europe (1990), or National memory in Malta: the extended role of libraries (2004).

Her literary contribution to Maltese culture spans over fifty years. Her name as a poet first appeared in 1971 in Malta: the new poetry, and then in 1979 she co-authored Wara r-Repubblika: versI with Mario Vella. Other poetry collections include Crosswinds : an anthology of post-war Maltese poetry (1980), compiled by Oliver Friggieri, and Klessidra: versi taż-żmien maħrub (2014), with an introduction by Adrian Grima, amongst others. Her name also featured in various other collections and literary anthologies.

Noting that the library is one of the places that incite her the most to write, Dr. Sciberras does not consider herself a prolific writer, but that the writer inside of her still persists, and she knows that ‘she and I will coexist till the end’.

She published a novel, Shadows in Penumbra (2016) and stories in Happenstance: tales of circumstance (2012), both by Horizons. Her venturing in short-stories started about twenty years ago, and since then she has published four award-winning short-stories.

Rich with All You Have Gained: Recollections of Life : The First Twenty-one Years. Malta: 2011. (Limited spiral-bound edition).

Stills from the Past. The Cinematograph, no. 45 (November 2012). (First prize winner of the writing competition Talkies: Memories & Future, organized by The Cinema Heritage Group in association with The Writers Club, 2012). Available: http://www.cinemaheritagegroup.org/