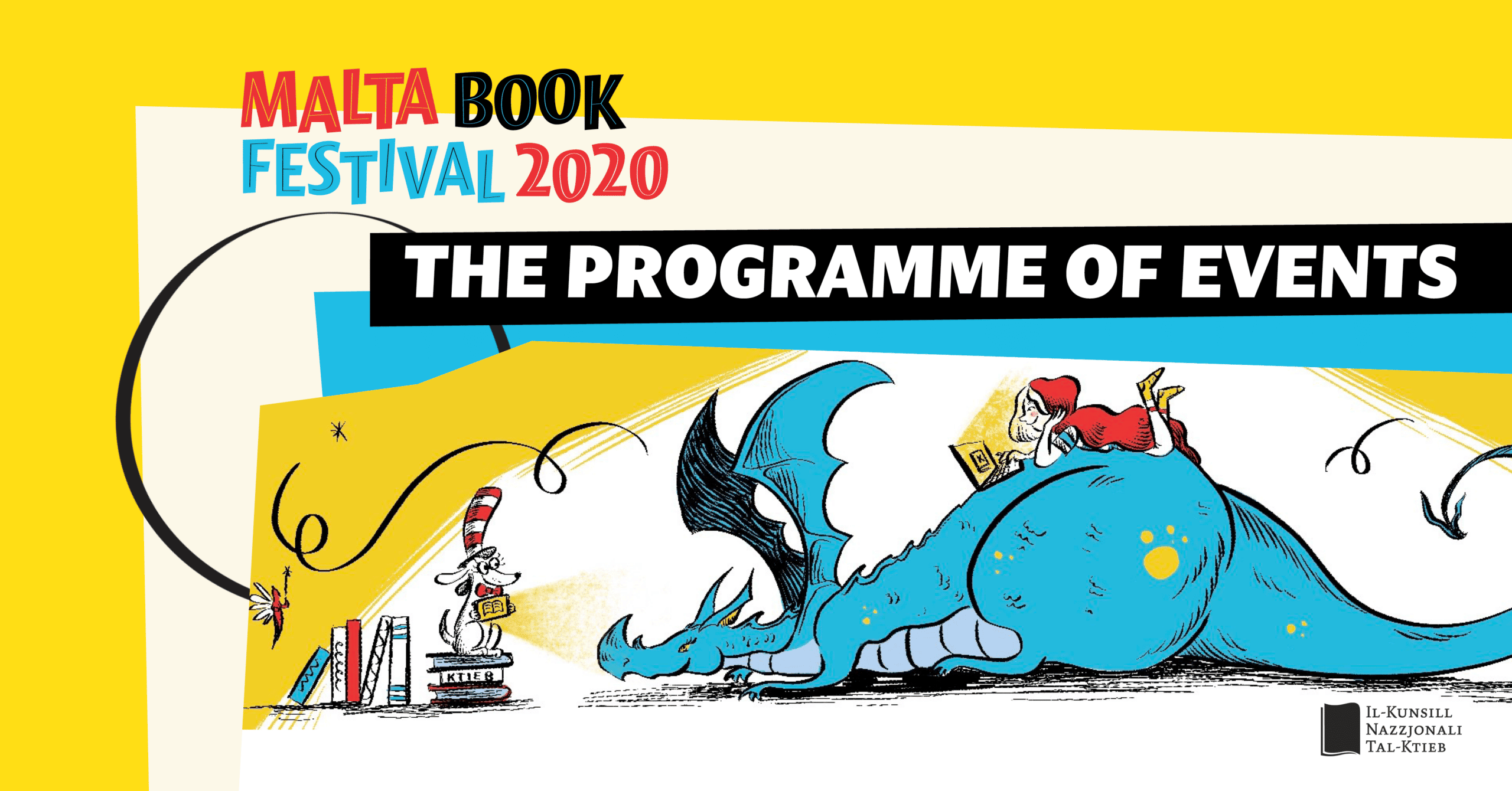 The National Book Council is pleased to present the cultural programme for the 2020 Malta Book Festival, taking place online for the first time ever between 11–15 November. The specially curated virtual edition aims to convey the same spirit of inventiveness, exchange and creativity as every year – this time to an even wider book-loving community.

The entire programme, comprising more than sixty events and activities spread across five days, includes a mix of book launches, presentations, meetings with authors, workshops and discussions, and a set of entertaining activities aimed for children. These will be streaming online on the National Book website and Facebook page.

This year’s special international guest is one of the most celebrated authors of our time, Sir Salman Rushdie. He is the author of a handful of classic novels, including the acclaimed The Satanic Verses, The Moor’s Last Sigh and his masterwork of magic realism, Midnight’s Children, for which he won the prestigious Booker Prize. Rushdie has influenced a generation of writers and stands as both a pop culture icon and one of the most thought-provoking proponents for free speech today.

On the evening of 11 November, Rushdie will joining another towering figure of Maltese literature and the recipient of the 2019 National Book Prize Lifetime Achievement Award, Dr Alfred Sant, for a conversation shedding light on the achievements, influences and current preoccupations of the two great writers. A day later, Sir Salman Rushdie will also be directly engaging with University students and readers from the general public in the form of a digital Q&A, organised in collaboration with the Department of English, University of Malta.

The National Book Council is this year also organising a number of thematic discussions featuring local and international authors, publishers and translators. ‘Beyond Borders’ reflects on literary translation as a vital means to connect individuals at a time when our movements across the globe have become restricted, and brings together Eran Katz, the best-selling Israeli author of Secrets of a Super Memory and Jerome Becomes a Genius; Katryna Storace, co-founder of Praspar Press, a recently established micro publisher of contemporary Maltese literature in English and English translation; author and Arabic translator Walid Nabhan; Maltese publisher Chris Gruppetta; and Kristina Quintano, translator and publisher of Maltese works into Norwegian.

Coinciding with the recent republication of the highly politicised cult-classic Il-Manifest tal-Killer, author Karl Schembri will be joined by writers Nadia Mifsud and Wayne Flask, and EDE Books founder Zvezdan Reljić for ‘Words of Protest’, an exchange, moderatedby Dr Adrian Grima, on the various forms of literary expressions of protest in Malta taking place on Saturday 14 November.

The last of the Festival’s discussions, this time on the influence of various forms of literary publicity and criticism, ranging from traditional forms, end-of-year best books lists, book prizes, Goodreads and BookTube, and moderated by writer and journalist Teodor Reljić, will feature Jen Calleja translator from German of Marion Poschmann’s The Pine Islands (Profile Books, 2019) and shortlisted for the Man Booker International Prize 2019, Prof. Ivan Callus, lecturer of literary criticism and theory at the University of Malta Department of English and Robert Pisani from the review blog The Bobsphere.

No less so this year, we’re reaching out to readers of all ages. On Wednesday 11 and Thursday 12 November, the Festival will be featuring productions based on the winning titles of the 2020 Terramaxka Prize for children’s and adolescents’ literature. The Maltese language Terramaxka shows, to be followed by an interview with the author of the adapted stories, are produced by a professional team of actors led by the charismatic Antonella Axisa. On Friday morning, the renowned memory trainer and bestselling Israeli author Eran Katz will be performing ‘Secrets of a Super memory’, a show full of humor, excitement and full of surprises, revealing extraordinary techniques to boost memory power. The age-appropriate performances will be streamed straight to the classroom for all schools registering to participate in the Festival. 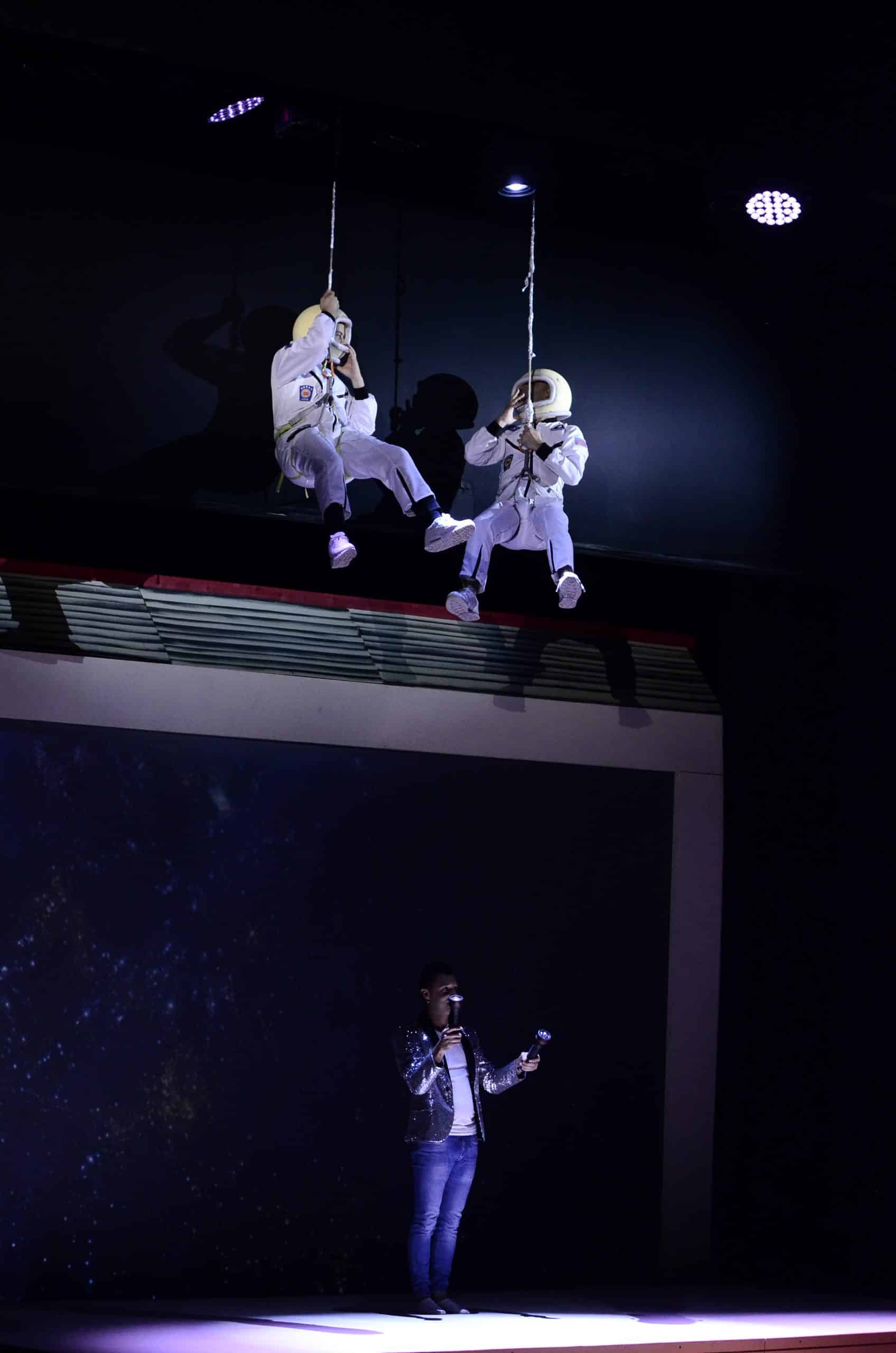 A series of five shows based on a different Terramaxka winning book will be streamed everyday. Danusan will spontaneously read out and animate books in public areas during the week prior to the Malta Book Festival, improvising with the present crowd at strategic places. Keeping safe distances, Danusan will include their surroundings and people they meet into their stories.

On Friday 13 November poetry enthusiasts are particularly invited to tune in for the announcement of the winners of the most important single poetry competition in Maltese, the Doreen Micallef National Poetry Contest, followed by illuminating readings by the this winning poets.

Commemorating the recognition of Dr Alfred Sant as the recipient of the 2019 National Book Prize Lifetime Achievement Award for a lifetime of contributions to literature and the Maltese literary culture, the National Book Council will be premiering a new short documentary feature about Dr Alfred Sant’s literary life as witnessed through five of his most acclaimed works. The film, produced by Take//Two and directed by Abigail Mallia will be premiering on Saturday 14 November.

Book launches and presentations remain a staple part of the Festival with new publications by exhibitors AVC, BDL, Faraxa Publishing, Kite Group, Horizons, Merlin Publishers, Midsea Books and Klabb Kotba Maltin, and Istituto Italiano di Cultura.  Notable book presentations include the upcoming new edition of Dante Alighieri’s La Divina Commedia (Alfred Palma trans.), which will be published in 2021 on the occasion of the 700th anniversary of Dante’s death, and the 39th issue of Leħen il-Malti by Għaqda tal-Malti – Università.

The Festival programme has been set up by the National Book Council in collaboration with a number of partners such as publishers, authors, booksellers, student organisations, and public agencies participating in the Festival.

The full programme of the Malta Book Festival 2020 can be viewed online.