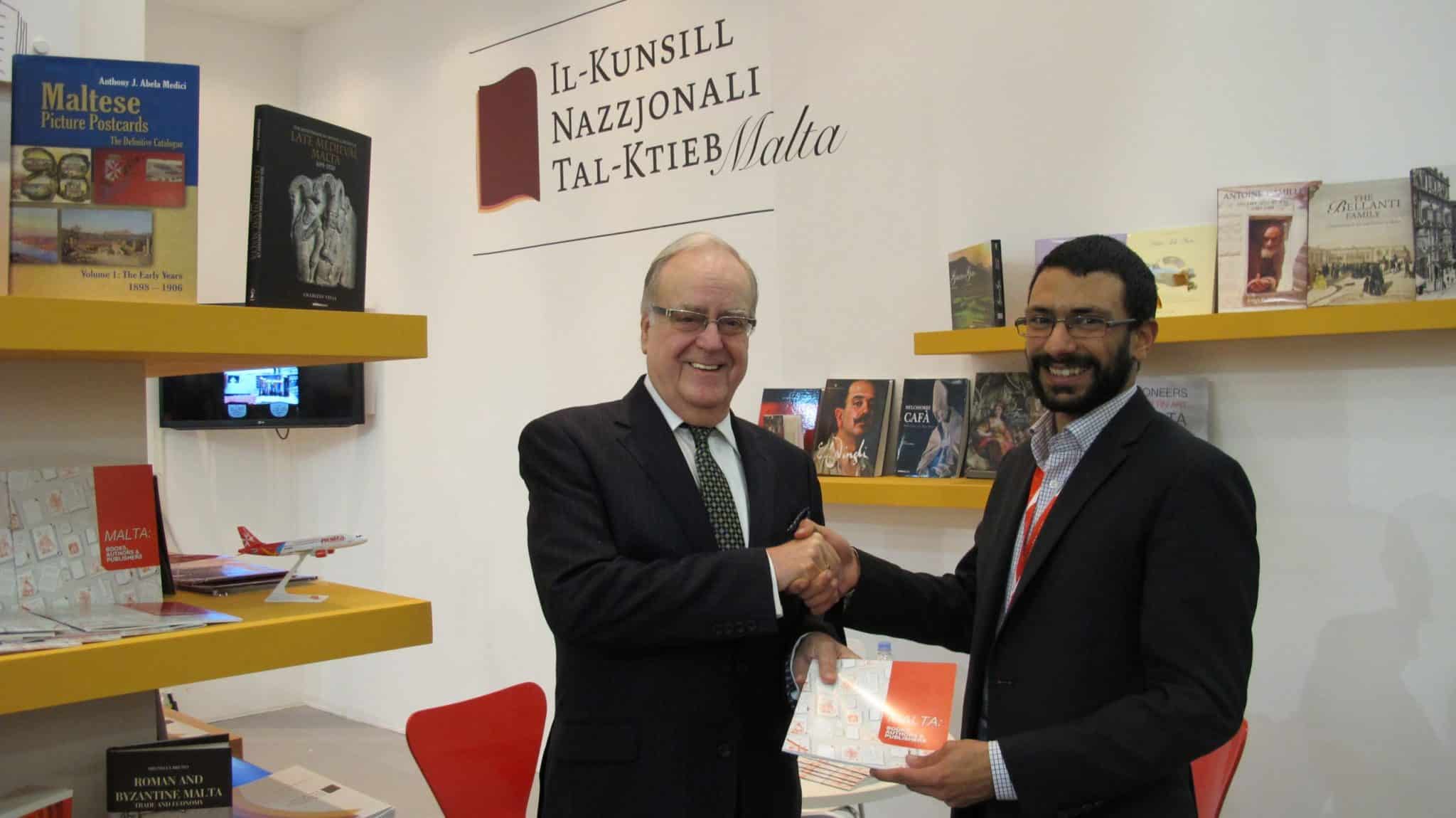 The National Book Council was in London for the London Book Fair 2015 in order to promote Maltese books and the Maltese book market in general with foreign publishers and related entities. The London Book Fair is an international fair which brings together all the big names in the global book market as well as publishers and authors from around the world. Malta is being officially represented in this prestigious Fair for the first time. The main aims for the NBC’s participation in this Fair are to explore and establish new contacts for the Maltese book market as well as to meet

with entities interested in exporting Maltese Literature abroad by means of translation.

The Fair opened on Tuesday the 14th of April, 2015, and for its official opening

we had the pleasure of welcoming Malta’s High Commissioner for the UK, Mr. Norman Hamilton who expressed great appreciation for the NBC’s work and sense of initiative, but moreover for Malta’s presence in London. In a discussion with the NBC’s Executive Chairman, Mark Camilleri and Vice-Chairman, Charles Calleja, Mr. Hamilton promised to help the NBC in their efforts to set up events in the UK in the near future from which both Maltese authors and publishers are likely to benefit. 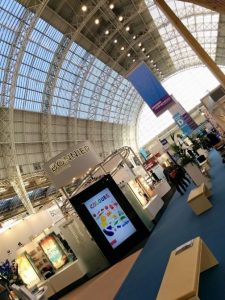 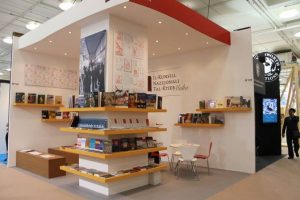 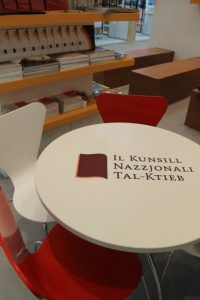 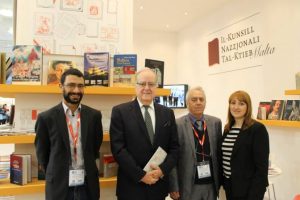 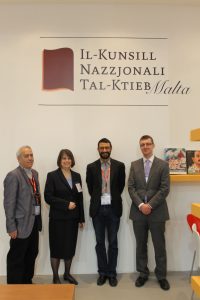 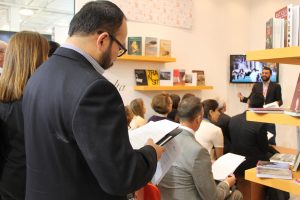 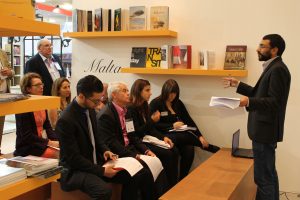 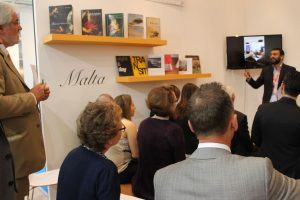