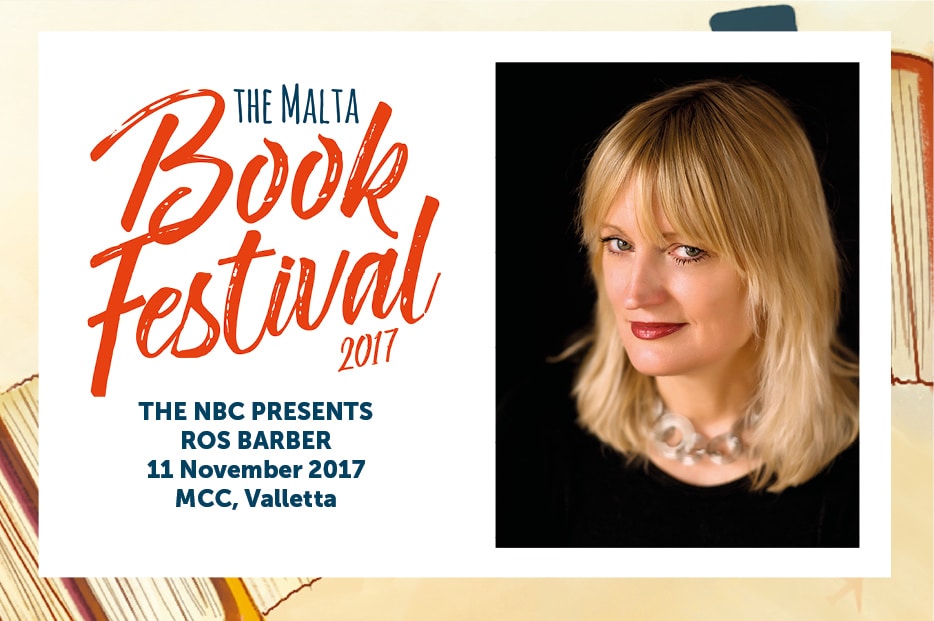 UK poet, author and academic Ros Barber will appear at an event at the Malta Book Festival 2017 in which she will be talking to James Corby, senior lecturer and head of the Department of English at Malta University, about her books, her literary career and the themes and concerns that preoccupy her as a contemporary writer. The event is due on Saturday 11th November at 12:00 at Sir Temi Zammit Hall, MCC, Valletta.

Barber is the renowned author of The Marlowe Papers, a novel in verse  and a fictional biography of Christopher Marlowe as William Shakespeare. In 2013, The Marlowe Papers was awarded the Desmond Elliott Prize, jointly awarded the Author’s Club Best First Novel Award and long-listed for the Women’s Prize for fiction.

Her second novel, Devotion, is set in a future scenario where authorities seem resolved to have religious fundamentalism classified as a form of mental illness. The reader follows the thoughts of Finlay Logan, a criminal psychologist who must assess the mental health of a young woman who has blown up a bus, causing the death of fifteen teenagers. At the same time, Logan is mourning the death of her daughter in a traffic accident. Barber weaves a moving story of bereavement with a compelling narrative of the role of psychology as a mediator between science and religion.

Barber has also written three books of poetry. The most recent, Material, was a Poetry Book Society Recommendation. Her poems have appeared in numerous publications and anthologies. These include Faber’s Poems of the Decade and Penguin’s The Poems of Sex.

The talk will be punctuated with selected readings of excerpts of Barber’s work – both prose and poetry. At the end there will be a Q&A session with the author and members of the public will have the opportunity to buy Barber’s books and have them signed by the author.