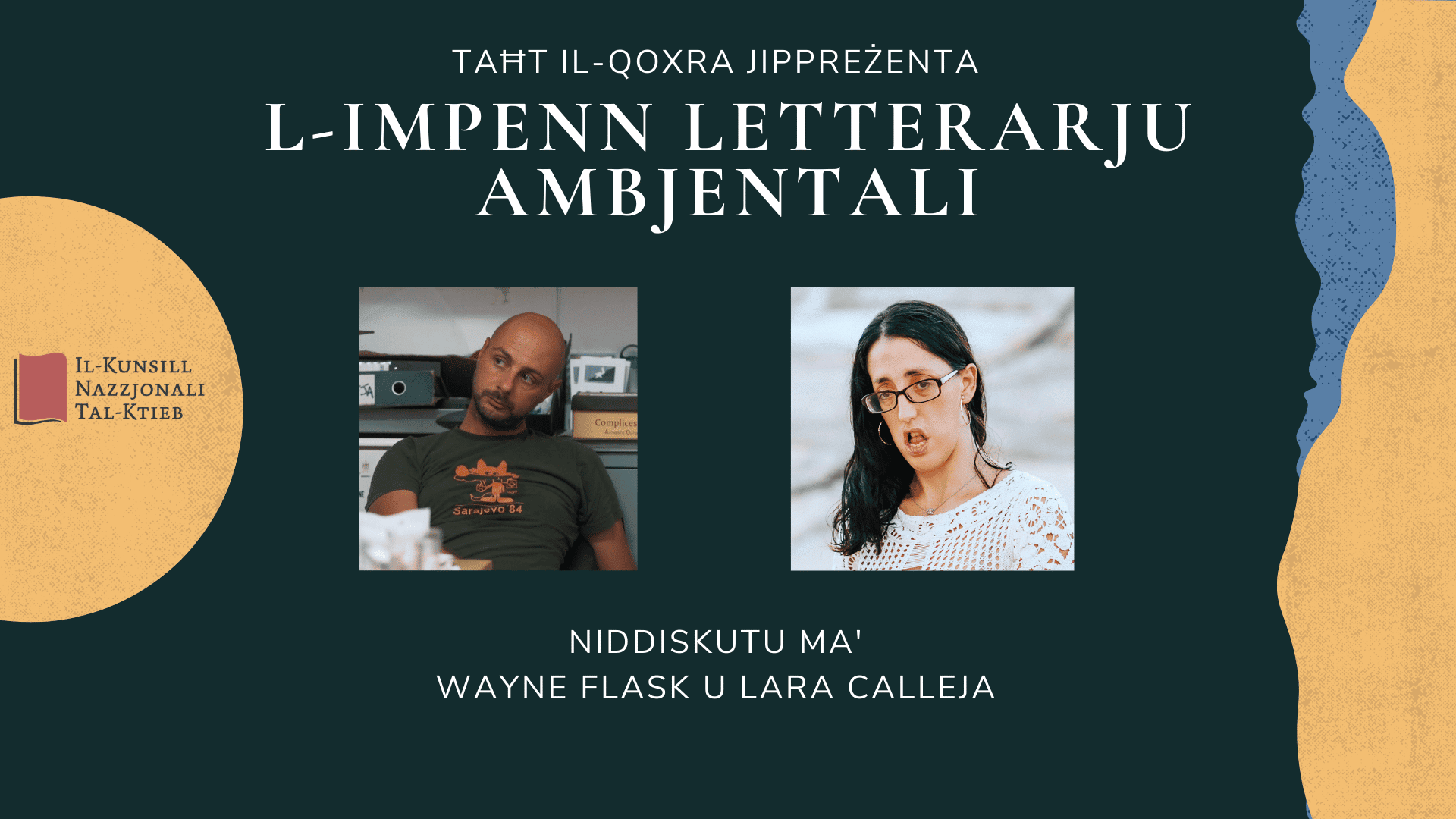 In this episode of Taħt il-Qoxra we speak to Wayne Flask and Lara Calleja, two writers and activists, who among are currently engaged in a direct action responding to the construction of a road on agricultural land on the outskirts of Dingli.

Among other things, during the discussion host Rachelle Deguara asks them about the ties between writing and literature their environmental preoccupations, the obligations of a writer, and what do they’d want to see change.

You can follow this discussion on Radju Malta, and on the National Book Council YouTube channel and Facebook page.
The books by Wayne Flask and Lara Calleja are available from Merlin Publishers.

Lara Calleja is the winner of the National Book Prize Best Emergent Writer in 2020. She is the author of Lucy Min? (2017), her debut novel, and the short story collection Kissirtu Kullimkien (2020), and this year will debut her first play Taralalla at Spazju Kreattiv.