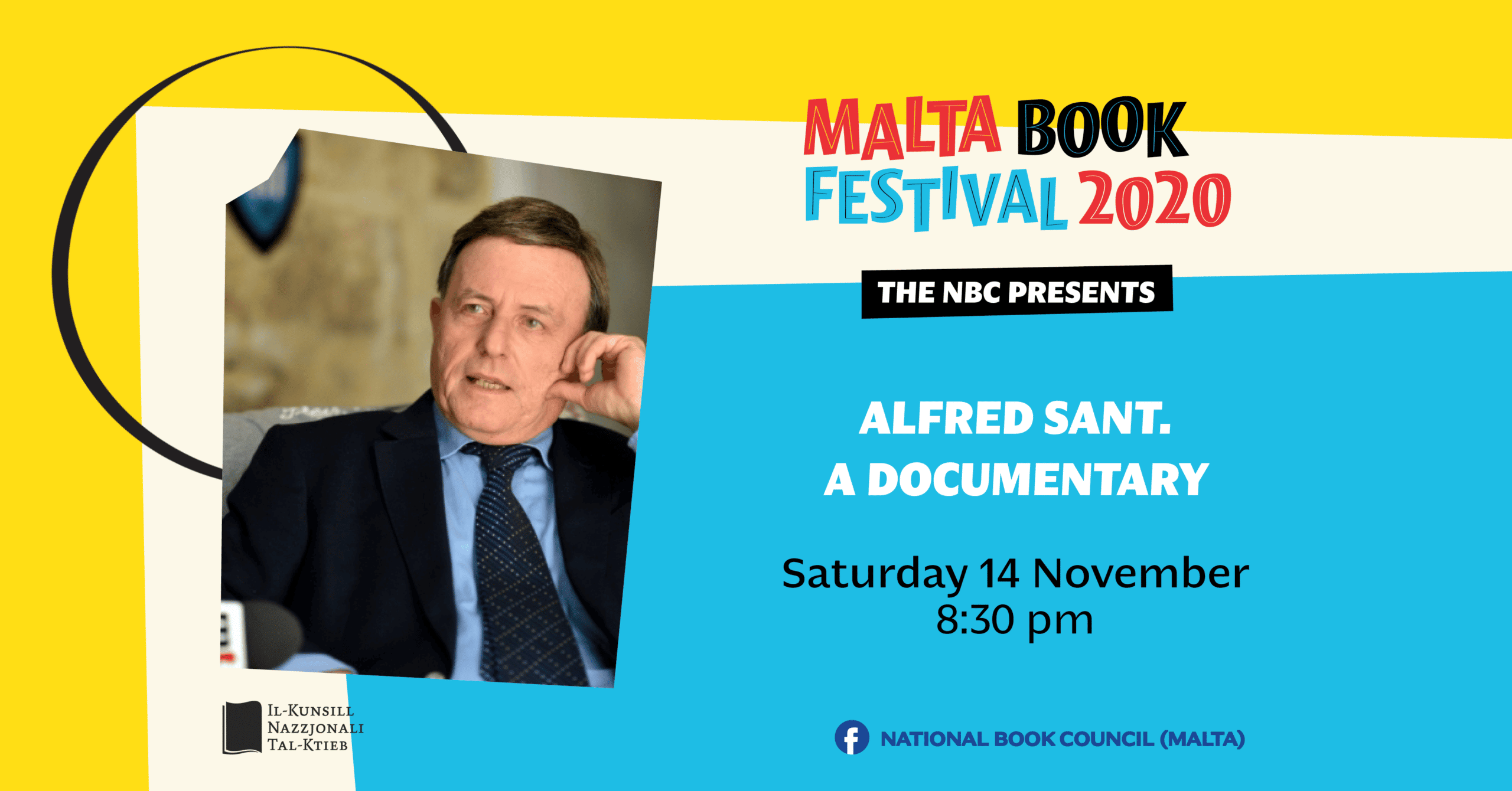 Earlier this year, Dr. Alfred Sant was awarded the 2019 National Book Prize Lifetime Achievement Award, a prestigious recognition celebrating a lifetime of contributions to literature and the Maltese literary culture. To commemorate this recognition, the National Book Council will be premiering a new short documentary feature about Dr Alfred Sant’s literary life as witnessed through five of his most acclaimed works. The film is produced by Take//Two and directed by Abigail Mallia.

In a long and distinguished literary career, Dr Alfred Sant authored a notable list of published works ranging from novels, short stories and plays, as well as political and autobiographical writings. On five different occasions and in different categories he’s been the recipient of the National Book Prize, and most recently the National Book Prize Lifetime Achievement Award in 2019. Between 1996 and 1998 he served as Prime Minister of Malta and was elected as a Member of the European Parliament in the 2014 and 2019 elections.

His first novel, L-Ewwel Weraq tal-Bajtar (1968), published when he was only 19 is a watershed moment in the development of the Maltese literature, announcing the advent of the contemporary novel. Other landmark novels include the early-seventies set Silġ fuq Kemmuna (1982) and La Bidu, La Tmiem – 1599 (2001), a historical epic praised for its capacity to meld “political, economic, social and cultural viewpoints…while never failing to deal with humanity’s existential conundrum” (Mario Azzopardi, Times of Malta). Sant is also a renowned playwright, his most recent is the satirical Balzunetta Towers (2017) which took on Malta’ construction obsessed mind-set and the power of money over the political class – it was performed as part of the Valletta 2018 European Capital of Culture programme.