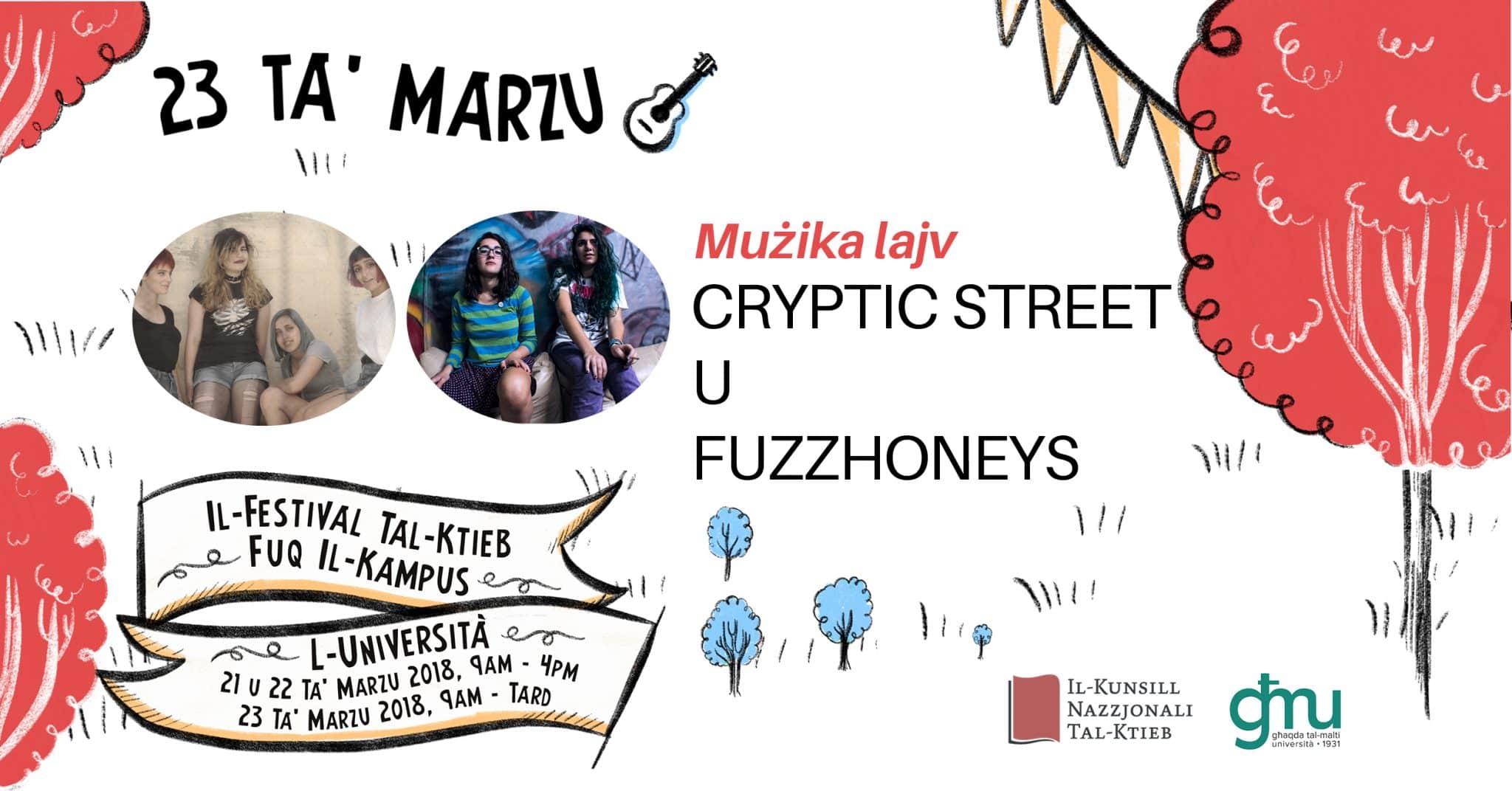 Girl bands Fuzzhoneys and Cryptic Street will be closing off the Campus Book Festival on Friday 23 March the University’s quadrangle, playing an acoustic gig of garage rock and post-punk tunes. The performances start at 8 pm.

Female duo Fuzzhoneys play garage rock, spiced up with elements of blues, a dash of girly punk and a whole lot of soul. A combination of Francesca Mercieca’s husky vocals, groovy bass-lines and crispy riffs, and Caroline Spiteri’s incisive drumbeats, Fuzzhoneys’ music is engagingly unique and vibrant. Fuzzhoneys are currently working on their full length album and a line up of gigs.

Cryptic Street is a four-piece all-girl alternative band playing a style that can be loosely defined as post-punk, with Leona Farrugia on vocals, Janelle Borg on guitar, Leanne Zammit on bass and Michelle Farrugia on drums. Their songs address a wide variety of issues – from existential angst to technophobia and politics. Their debut album Titty Monster is set to launch in March, influenced by the Riot Grrl movement as well as by personal experiences. The band has just come back from the UK and Spain where they supported international groups like Acid Mothers Temle and PINS.

The Campus Book Festival is giving space to these two upcoming bands who promise to offer the Festival’s audience a fun and pulsating closing night of young, fresh music.

The Campus Book Festival is organised by the National Book Council and the Għaqda tal-Malti, kicking off daily at 9.00 am with back-to-back activities planned until 4.00 pm. On Friday the activities will continue until late. The Festival’s programme is vast and offers a wide range of events to suit many interests, from book launches and talks to film screenings, workshops and live music.

For more information about Fuzzhoneys and Crytic Stree as well as the Campus Book Festival, visit the National Book Council’s website www.ktieb.org and Facebook page. A detailed programme can be downloaded by following this link.