Malta at the New Literature from Europe Festival NY 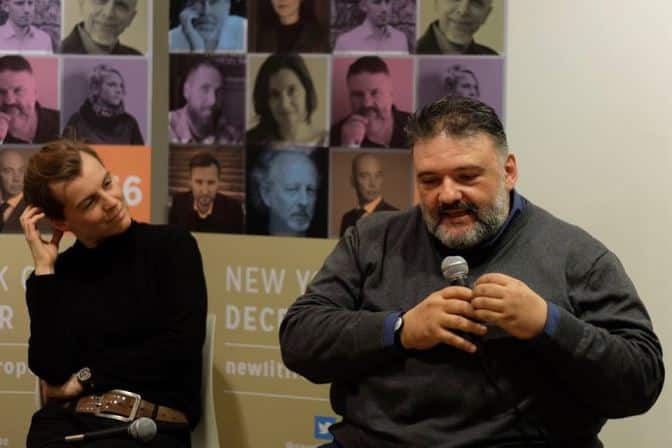 Between Dec 7th and 10th, the Arts Council Malta in NY in association with the National Book Council (Malta) presented leading contemporary Maltese poet and novelist Immanuel Mifsud, winner of the European Union Prize for Literature (2011) and both the Malta National Award for Prose (2002, 2015) and for Poetry (2015), at the New Literature from Europe Festival in New York City.

The Festival is one of New York City’s foremost literature in translation events, featuring award-winning, best-selling and new authors from across Europe. Over the course of the Festival, Immanuel Mifsud was featured in three events. On Friday Dec 9th Dr. Mifsud participated in a panel discussing “Poetry in Motion” at Poet’s House and later signed copies of his books. On Saturday Dec 10th he discussed his work after reading from one of his short stories in another panel with 3 other authors including PEN awardee Deborah Eisenberg. The theme of this event was the “Art of the Short Story”. Mifsud was featured in the final and closing event of the Festival —”The Mother Tongue: A European Reading”. For this final event, Immanuel Mifsud read an excerpt from his book “Jutta Heim” in Maltese, with English translation projections. Preceding the readings, special guest and award-winning writer Salman Rushdie spoke about the importance of literature in translation. Mifsud was also interviewed for “Words without borders”, by literary critic and poet Nathalie Handal who had moderated the “Poetry in Motion” panel discussions.

The interview can be read here http://www.wordswithoutborders.org/dispatches/article/the-city-and-the-writer-inpaola-malta-with-immanuel-mifsud-nathalie-handal 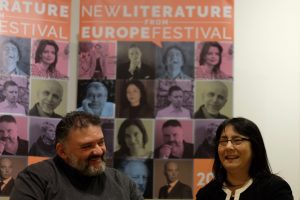 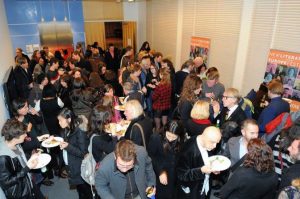 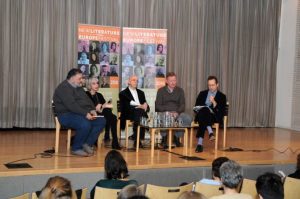 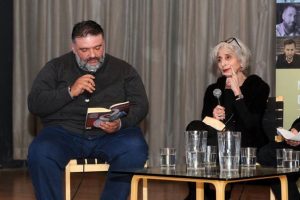 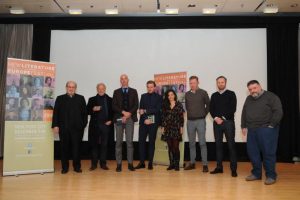 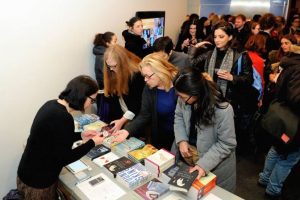