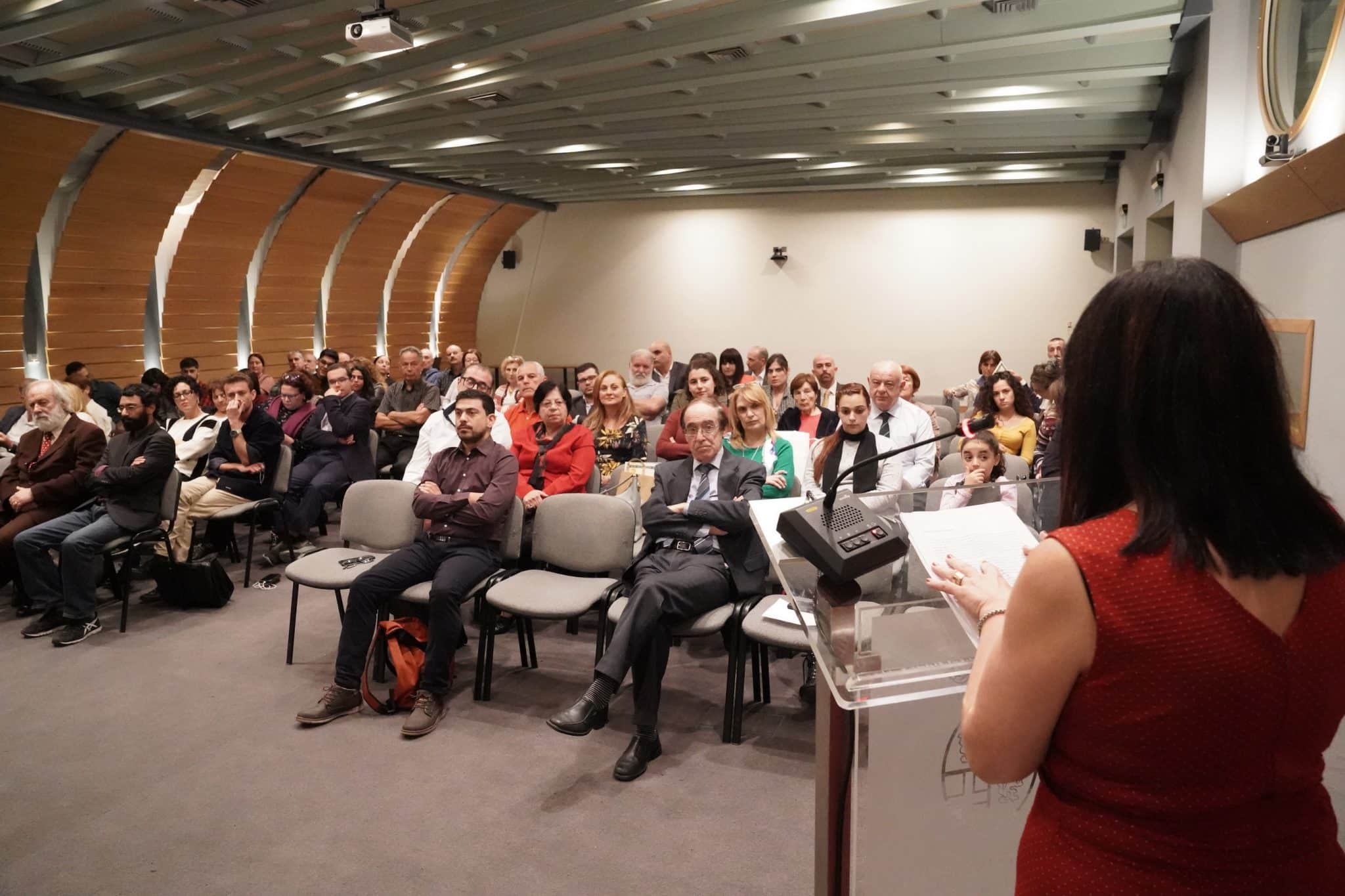 The award-giving ceremony of the Mons. Amante Buontempo National Poetry Contest was celebrated last Thursday 8 November at Vassalli Hall, MCC, as part of the cultural programme of the Malta Book Festival 2018. The event was set up by the Għaqda Poeti Maltin (GħPM) in collaboration with the National Book Council (NBC) and was presided by Mark Camilleri, executive chairman of the NBC, and Miriam Ellul, Vice-President of the GħPM.

Alfred De Gabriele, Aleksander Farrugia and Keith Azzopardi formed part of the Adjudication Board and were present to the ceremony. De Gabriele read a summary of the judges’ report for the audience, highlighting issues related to the quality of the applications and the number and level of English and Maltese poems that took part in the contest.

In his opening speech, Mark Camilleri addressed the fact that the National Book Council is proud of supporting this event, as poetry is something that writers and readers will pursue purely out of their passion for the art, which is why it is important that events such as these are encouraged and promoted. He also mentioned other award-giving ceremonies, including the Terramaxka prize (for books for children) that took place at the MCC last Tuesday 6 November during the opening ceremony of the Malta Book Festival 2018, and the upcoming National Book Prize award ceremony, that will take place during the first week of December. At the end of the speech, the winners of the 2018 edition of the Contest were announced.

The Award comprised of three prizes for the Maltese. First prize was awarded for the poem Qtar by Nadia Mifsud, which Rita Saliba read for the audience. Richard Gatt won second prize with the poem Ċaħda, while third prize was awarded for Imħabbiet imbexxqa by Elizabeth Grech. The first prize for poems in English was awarded to Kenneth Scicluna for the poem Blunt Measure. The poets were invited on stage to collect the prizes and to read the three winning poems.

The NBC and GħPM would like to thank all those who attended the event and the numerous poets who submitted poems for the Contest. They would also would like to thank the members of the jury who formed the Adjudication Board: Alfred De Gabriele, Aleksander Farrugia and Keith Azzopardi.