More Book Donations by the NBC

As part of the celebrations for World Book Day 2017 and Libraries Day 2017, the National Book Council took part in two events this week – a Literacy Fest for schoolchildren co-organised with Dingli Local Council and St Nicholas College Primary (Dingli) on the 27th and a book donation to Malta Libraries on the 28th, which was held at the office of the National Book Council. 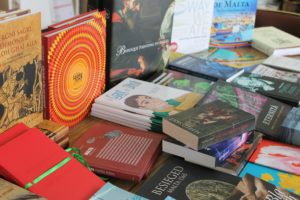 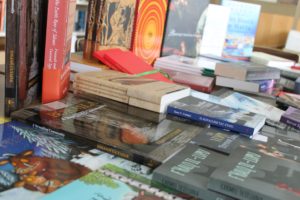 Deputy Chairman Charles Calleja and the general secretary of the Book Council, Mr Joe Debattista, represented the National Book Council while Deputy Librarian Ms Margaret Zammit accepted the donation on behalf of Malta Libraries. Several books were donated, most of which were either award-winning titles or titles that were shortlisted for previous editions of the Malta Book Prize. 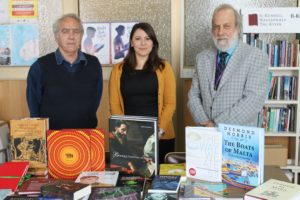 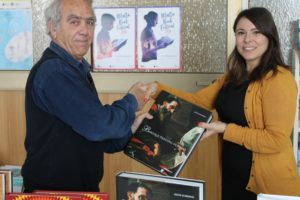 The National Book Council holds on firmly to the belief that more informed and more frequent use of local bookshops and public libraries by members of the public will benefit society in many ways. In order to encourage more frequent visits to libraries and bookshops, however, it is important that these are always kept stocked with high-quality and interesting material.  In particular, promotion of local works of literature and research will motivate both increased readership and authorship of such material because it naturally engenders a sense of creativity among local communities.

The NBC thanks all the organisations mentioned above and Malta Libraries for co-operating with the Council on such culturally important projects.

Position of Manager (back-to-back on definite contract) with the National Book Council: Jobsplus vacancy permit no. 556/2022

Expression of Interest for the position of Cultural Organiser

The 30 PLR Payment Is Out