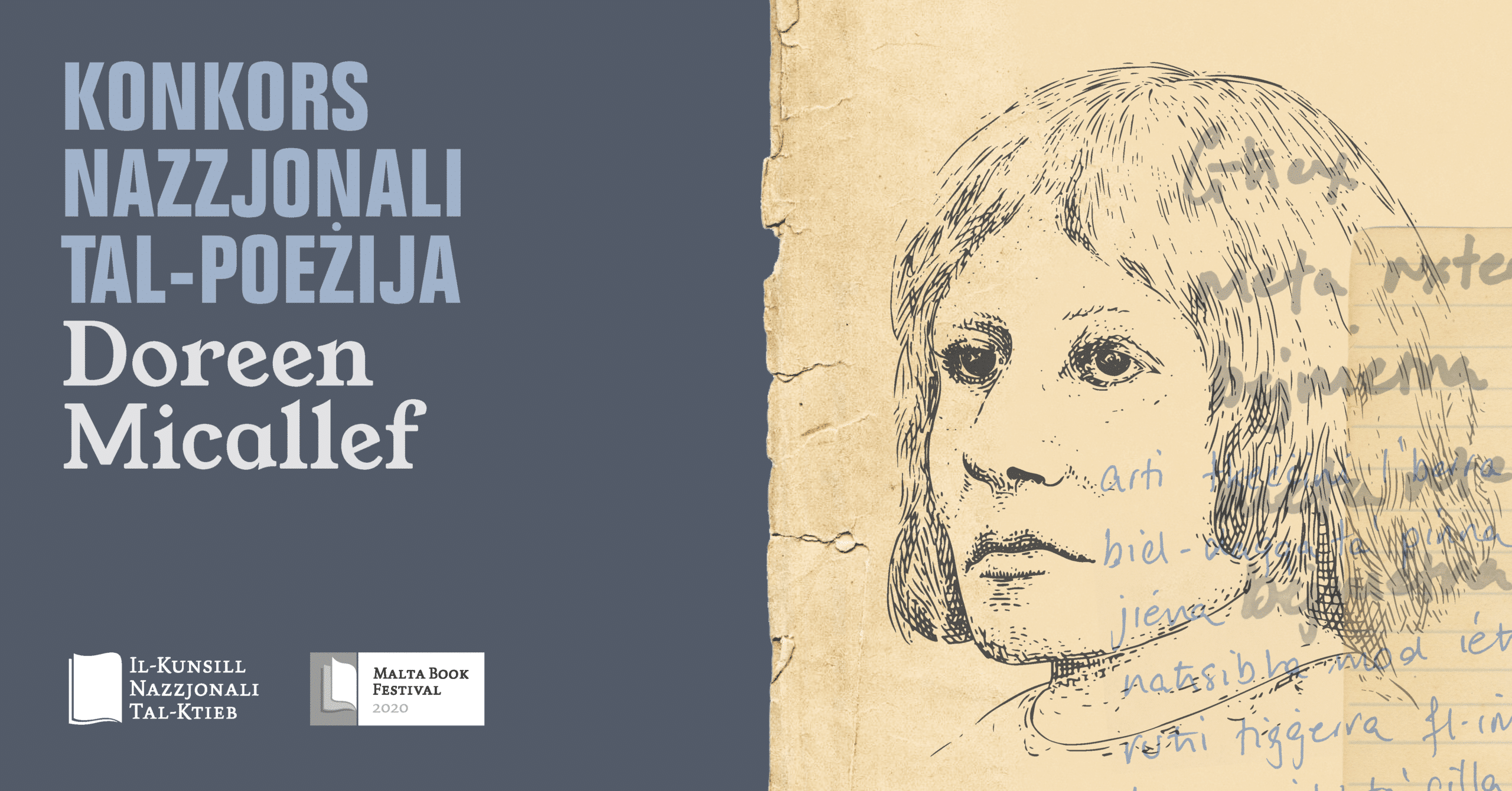 The National Book Council is inviting established and emerging poets to participate in the second edition of the Doreen Micallef National Poetry Contest. The contest has been launched in 2019 by the National Book Council with the aim of further raising the profile of poetry in Malta and celebrate the best poetry written in the Maltese language.

The contest is adjudicated by a new set of judges appointed each year by the National Book Council. The jury evaluates all poems anonymously according to a set of criteria which consider authenticity, imagination, distinctiveness of voice, and original use of rhythm and figures of speech.

The contest awards three top prizes; the winning poem will be awarded with a cash prize of € 1,000 and the two runners-up will be receiving a voucher which can be redeemed in local bookshops. The contest winners will be announced and awarded their prize at an official ceremony during the 2020 Malta Book Festival taking place between 11-15 November as part of its cultural programme.

As a single poem contest, applicants are required to submit no more than one original and previously unpublished poem in Maltese which does not exceed 36 verses in length. All entrants are encouraged to read the contest regulations available at the National Book Council website carefully and in their entirety before entering.

Complete applications, containing an application form and four copies of the submitted poem, signed only by a nom de plume, should be be sent by post to the National Book Council, Central Public Library, Prof. Joseph J. Mangion Street, Floriana FRN1800 by the application period deadline of Monday 24 August 2020 at midday. At a time when COVID-19 restrictions may hinder the receipt of the applications, please submit also a scanned and signed copy of your application by email.

Requests for clarifications and electronic submissions should be addressed to Andrew Ricca at [email protected].