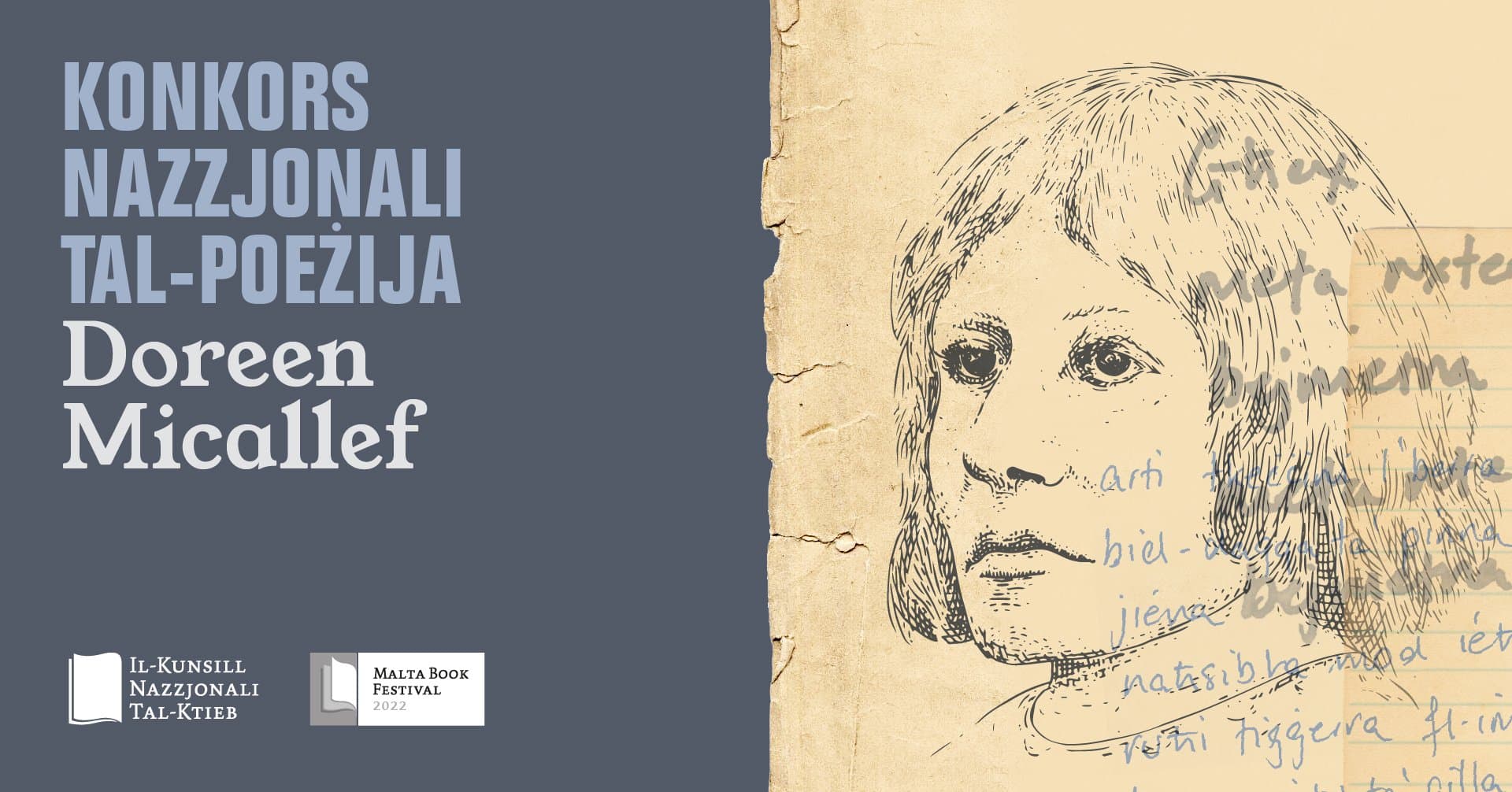 The National Book Council is once again inviting poets writing in the Maltese language to participate in the fourth edition of the prestigious Doreen Micallef National Poetry Contest. The annual contest was first launched by the National Book Council in 2019 with the aim of further raising the profile of poetry in Malta and celebrate the best poetry written in Maltese.

The contest is adjudicated by an independent panel of judges appointed each year by the National Book Council. The jury evaluates all poems anonymously according to a set of criteria which consider authenticity, imagination, distinctiveness of voice and original use of rhythm and figures of speech.

The panel of adjudicators selects the contest’s three top prizes; the winning poem will be awarded with a cash prize of € 1,000 and the two runners-up will be receiving prizes of € 200 and € 100 respectively. The winners will be announced and awarded their prize at an official ceremony during the 2022 Malta Book Festival taking place between 23-27 November at the Malta Fairs & Conventions Centre (MFCC) in Ta’ Qali.

Applicants are required to submit no more than one original and previously unpublished poem in Maltese which does not exceed 36 verses in length. All entrants are encouraged to carefully read the contest regulations available at the National Book Council website in their entirety before applying.

Complete applications, containing an application form and four copies of the submitted poem, signed only by a nom de plume, should be be sent by post to the Doreen Micallef National Poetry Contest, National Book Council, Kumpless Bice Mizzi Vassallo, Triq Arnhem, Pembroke PBK 1776 by the application period deadline of Friday 19 August 2022 at midday. Applicants must also submit a scanned and signed copy of their application and the poem by email at michael.mercieca@gov.mt.