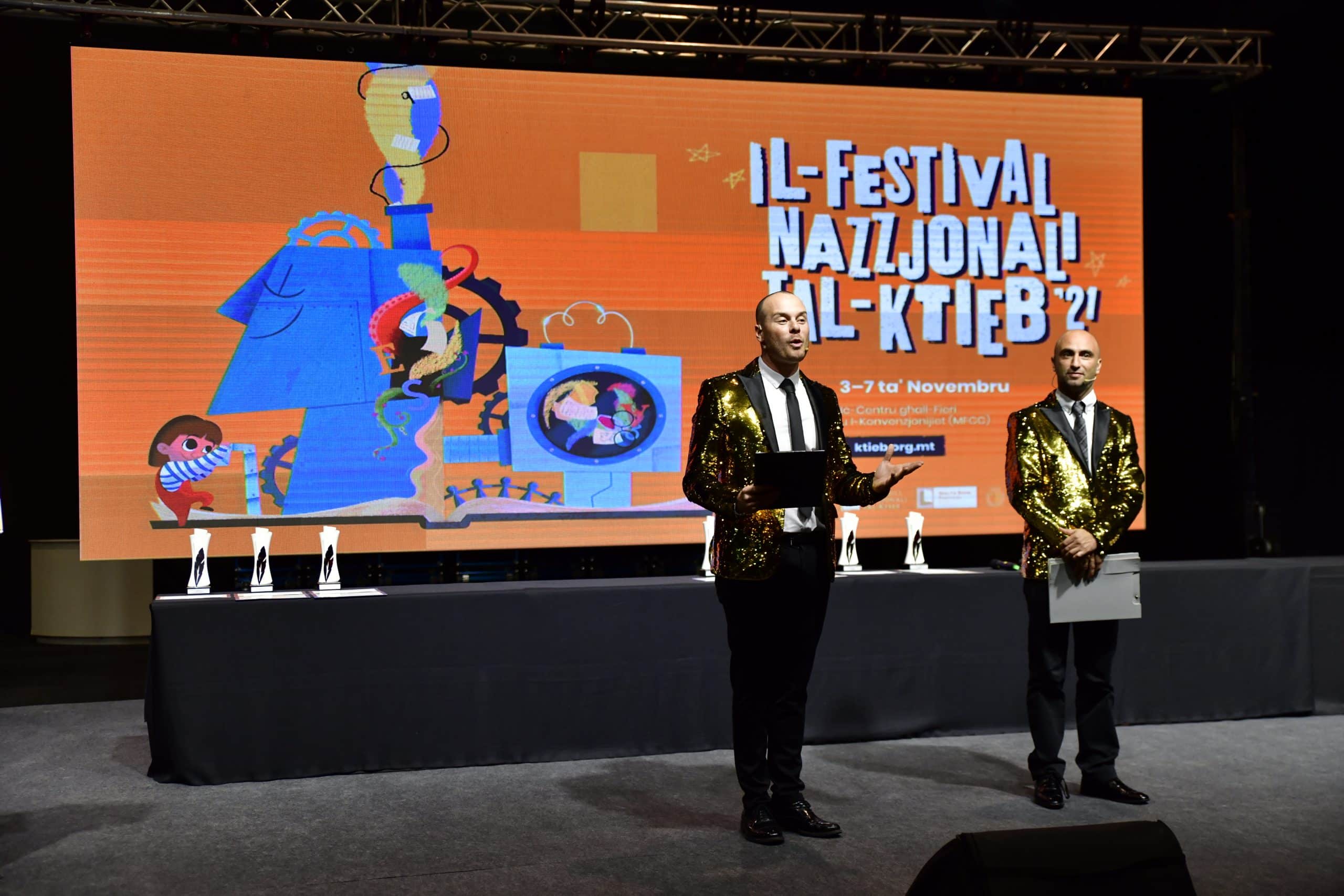 The Malta Book Festival – The Bookshop had its official opening this evening during an awards ceremony for the 2021 Terramaxka Prize for children’s and adolescents’ literature. The ceremony was hosted by Daniel Chircop and Chrysander Agius (Danusan) who were joined by the shortlisted, authors, illustrators, publishers and the Minister for Education, Hon. Dr Justyne Caruana.

In his first speech since his appointment, the National Book Council (NBC) Executive Chairman, Mark Camilleri, stated that presiding over the reopening of the Festival to the public following last year’s online edition was for him an honour. Camilleri thanked public health authorities for recognising the importance of holding such an event of national importance which provides a critical opportunity for local publishing. It was only over time, Camilleri noted, that literary prizes for children’s books started the receiving the acknowledgement they deserved. While thanking his predecessor for the valuable work done to establish the Terramaxka Prize as a measure of excellence achieved in publishing for younger readers. Camilleri added that he will continue working to ensure that children’s literature is able to reach new heights when it comes to both content and book production.

Recalling previously awarded titles, Danusan presented a sneak-peak of their interactive quiz based on Terramaxka Prize winning books from earlier editions – ‘Books are Where the Magic Happens’ – which is being streamed to classes of school children across Malta and Gozo in the coming days.

A total of seven prizes in four different categories were awarded as part of the 2021 Terramaxka Prize which went to the authors, illustrators, and publishers of the winning books. The prizes awarded were for Original Works for Children aged 0-7, and 8-12, and for Translated Work for Children aged 0-7 and 8-12, as well as a prize for Best Book Production. No prizes were awarded in the categories for original and translated works for adolescents aged 13-16 years old. The full list of winners is being published below.

Following the awards ceremony, the Minister for Education Hon. Dr Justyne Caruana remarked on the challenges brought by the pandemic to organize the Malta Book Festival. Looking forward, the local publishing industry should also look towards addressing challenges relating to their online presence and the publication of more ebooks. Government would support these initiatives, together with various other projects the Ministry invests in to further encourage reading and bolster the local industry. Among these are the implementation of the Education Exception and investment in the National Book Council. In closing, Minister Caruana wished a good Festival to participating publishers who are showcasing their work over the next five days.

Category: Prize for the Best Book Production
Merlin Publishers for the book Amazing Maltese Women by Kristina Chetcuti and illustrated by Marisa Attard.