The Maltese Cinderella at the Campus Book Festival 2018 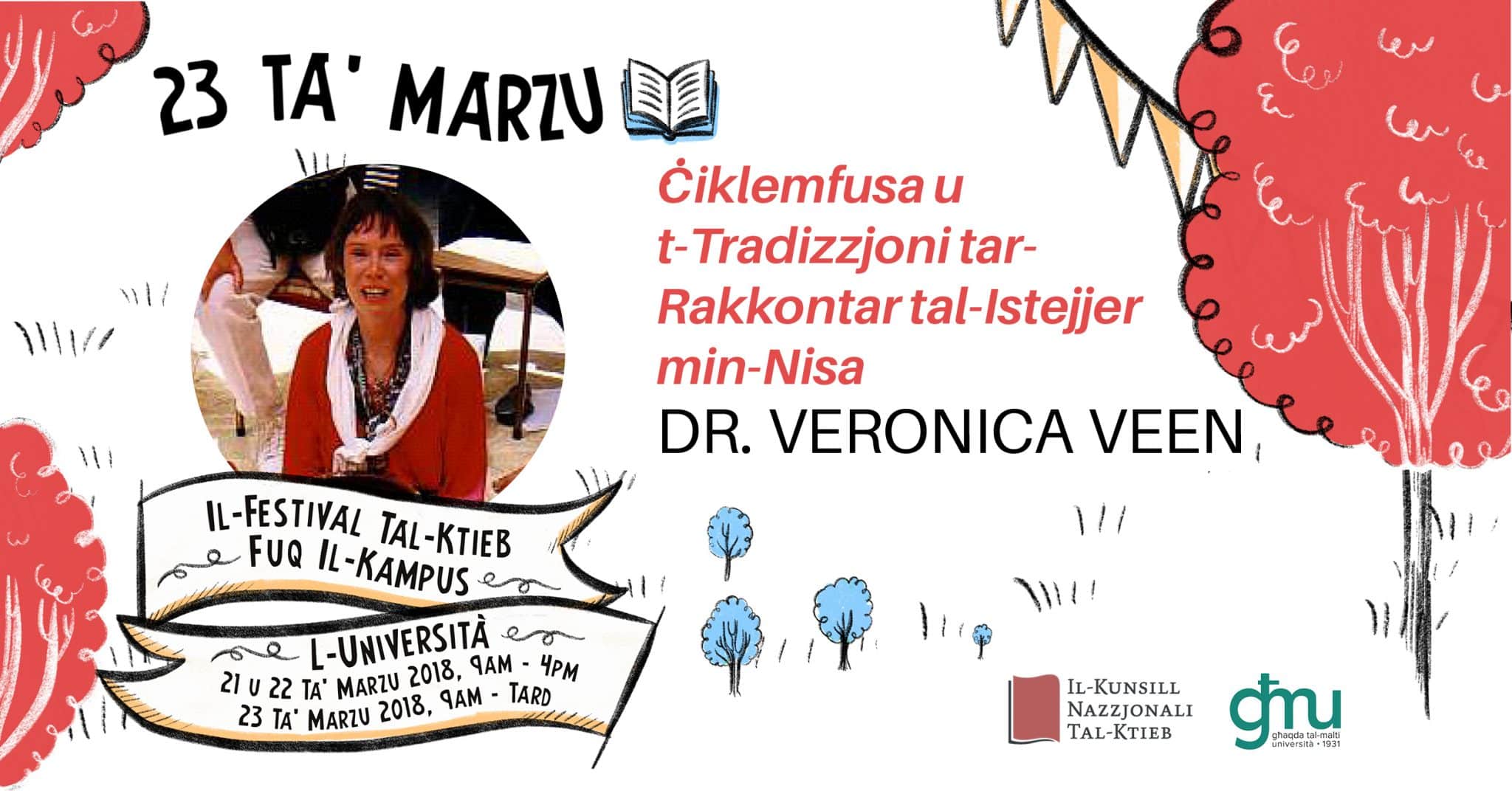 A talk on the socio-cultural importance of fairy tales within their social, living context will be given by Dr Veronica Veen at the Campus Book Festival on Friday 23 March at 3:45 pm on the University quadrangle.

Dr Veen’s event involves an exhibition as well as a talk about her new book The Maltese Cinderella and the Women’s Storytelling Tradition. She will discuss the power and impact of fairy tales, with a particular focus on the Maltese context.

What are fairy tales traditionally all about? “The find of il-Germudija in 1992, a special variant of Cinderella, gave to me a fresh incentive to study the socio-cultural importance of fairy tales,” said Dr Veen. Told by ‘common’, but often experienced and wise people, they are deeply rooted in the relations and contradictions of a society and a period.  “They are able to deal with these frictions in often entertaining narratives, giving perspective, hope and solace to people who are excluded and ‘not seen’, like many women and girls who, unfortunately, still need to experience empowerment and change. This may explain why a story about a degraded girl such as Cinderella who eventually achieves a happy life, became popular around the world,” continued Dr Veen.

“Significantly, it were foremost women who told the fairy tale and later also studied and commented it. Criticism in feminist circles of certain domestic, dependent and passive aspects of the heroine, and the inevitable marriage as happy end, failed to contextualise it. For Malta, the heroine is all but passive and takes her fate firmly in her own hands,” she continued.

This event will appeal to a wide audience, from students into media culture, education, literature and gender and feminist studies, to interested members of the public and parents who engage in bedtime reading of fairy tales to their young children. A signed copy of Dr Veen’s book can be bought at the end of the talk.

For more information about Dr Veen’s event and the Campus Book Festival, visit the National Book Council’s website www.ktieb.org and Facebook page. A detailed programme can be downloaded by following the link.