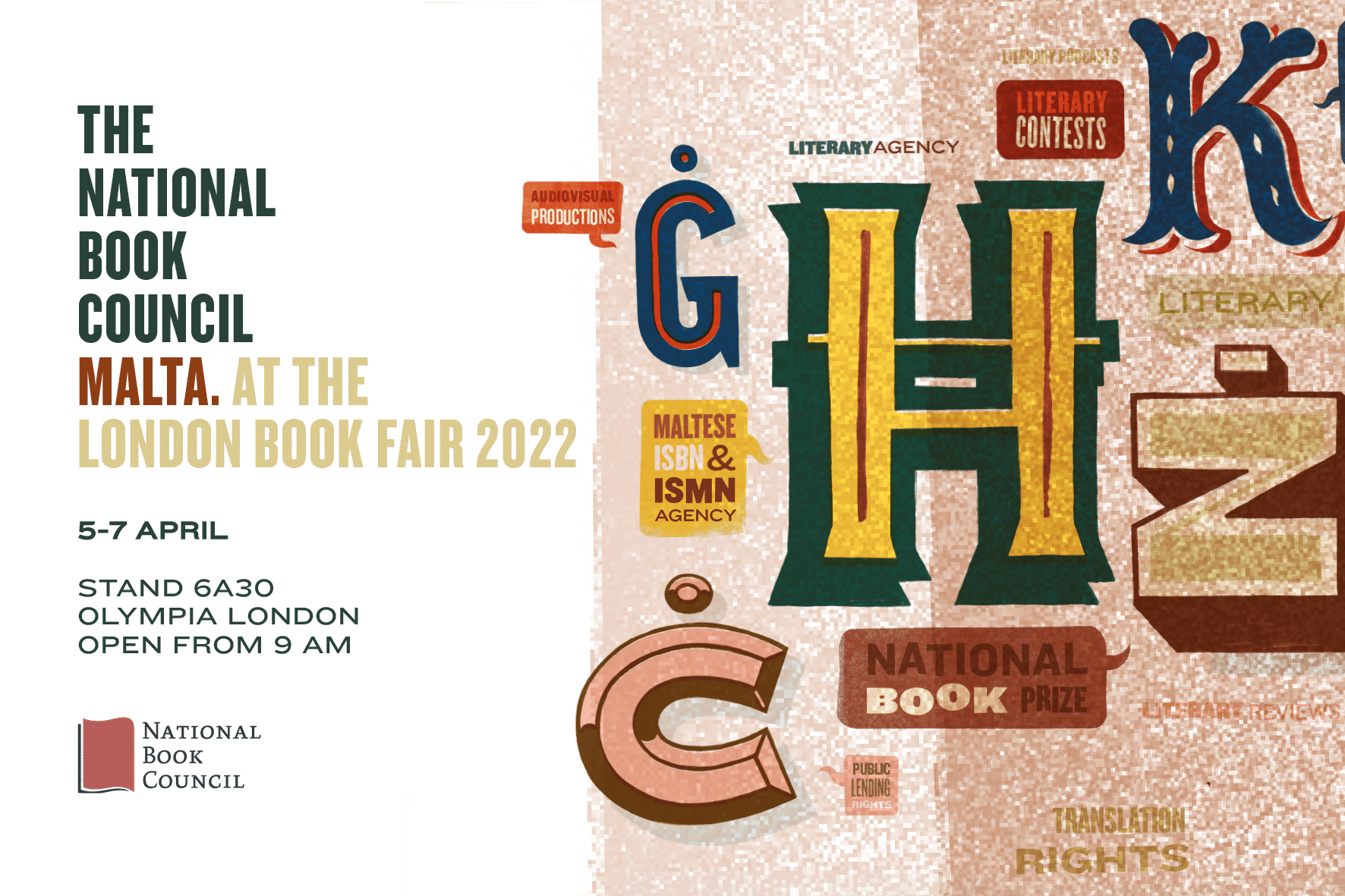 We are pleased to announce that the National Book Council (NBC) has finalized its preparations for the participation in the 2022 London Book Fair, taking place between Tuesday 5 and Thursday 7 April, after a two year hiatus caused by the COVID19 pandemic. The NBC’s stand, 6A30, will host Gutenberg Press, who have been partnering with us and participating in the Fair for many editions. This is part of the NBC’s foreign export activities aimed at promoting and publishing Maltese literature abroad.

The London international book fair is held annually at Olympia, Kensington, and brings together an impressive amount of small and big publishers, agents, industry professionals and negotiators of publishing rights, as well as the general public, under one roof. The NBC staff has a tight agenda of back-to-back meetings with international partners, editors, publishers, foreign institutes and literary agents to promote Maltese literature and exhibit a number of books – including winners of the National Book Prize – both in their original language and their translated editions.

The Council will be organizing four activities in different sections of the fair. Three sessions will take place in the Poets’ Corner, which will include readings of Maltese poetry and prose translated into English. The seminar at the English PEN Literary Salon will focus Maltese literature published for the English market by micro-publisher Praspar Press and Peter Owen. Among other things, the seminar will look at the challenges of introducing Maltese literature to the English market, and the experiences of authors, translators and publishers on this journey beyond Malta.

On 4 April, at the prestigious Mosaic Rooms on Cromwell Road, Peter Owen Publishers will be launching Exodus of the Storks, the much anticipated English edition of Walid Nabhan’s L-Eżodu taċ-Ċikonji.