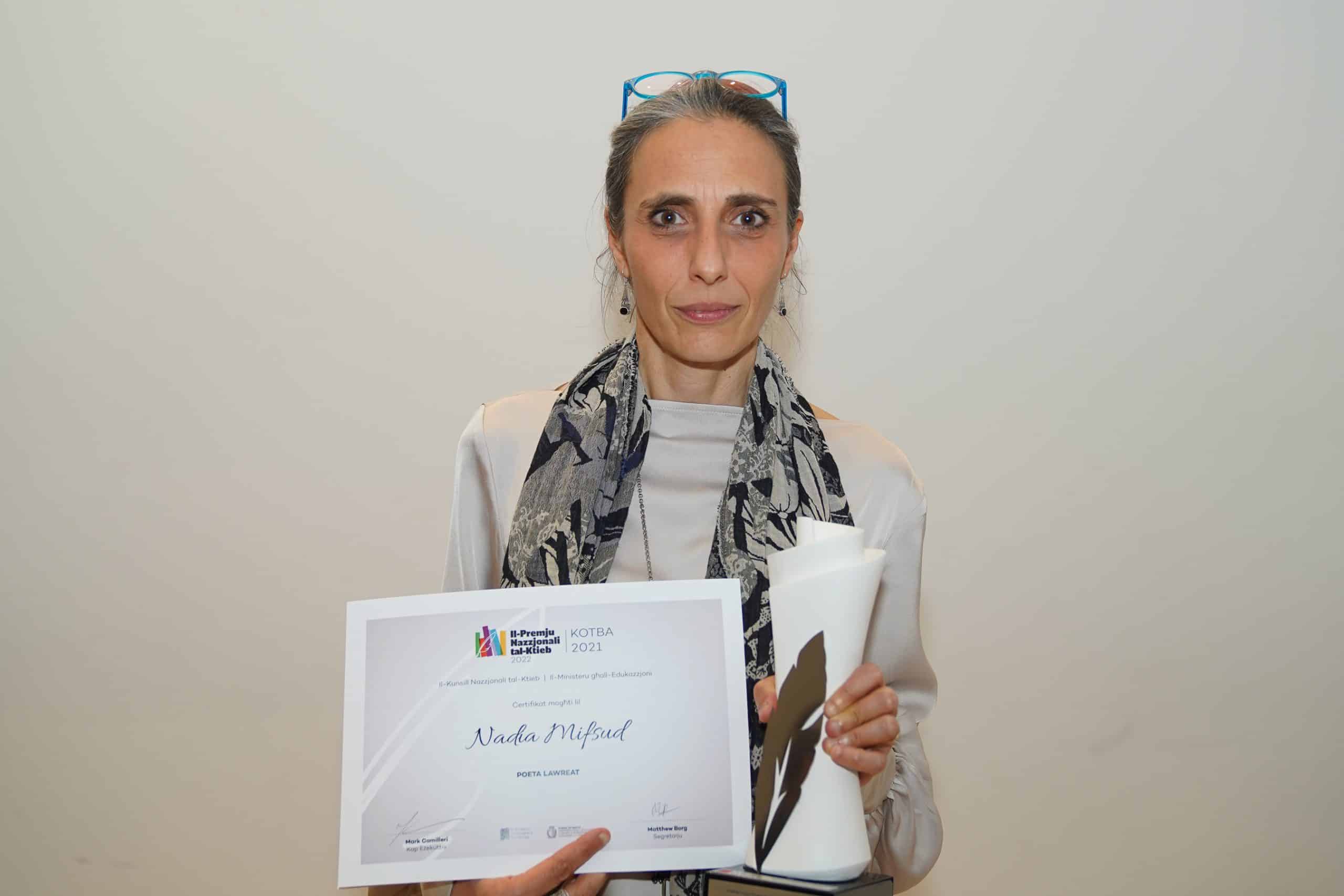 According to Mifsud’s biography on helamalta.com, written by Teodor Reljić, her life is intrinsically intertwined with the language of literature. For her, poetry writing was so instinctive that the realisation that most of her peers did not in fact write poetry, shocked her. That said, poetry took a back seat during her university days, where her focus shifted to mastering the French language and pursuing her dream of permanently relocating to France, where she resides up to this very day. Whilst their separation was short-lived, Mifsud said that “it is actually poetry that came back to me.”

Mifsud’s first publication dates back to 2009, a self-published collection of poems, żugraga. Six years later, Edizzjoni Skarta published her first collection of poems which won the National Book Prize, Kantuniera ’l Bogħod. In the above-mentioned publications, the feminist element stood out, distinguishing her from other poets. Immanuel Mifsud comments that whilst there are many Maltese poems addressing the mother figure, Nadia Mifsud is one of the first who presents the mother in first person – a fresh perspective that challenges traditional Maltese raffigurations of the mother figure. She opens a window to what happens behind closed doors, bringing that which is private out in the public.

Whilst Mifsud excels as a poet, her publishing portfolio is not limited to poetry. In 2016, Merlin Publishers published her novel Ir-rota daret dawra (kważi) sħiħa, and then in 2021 published her collection of novels Żifna f’xifer irdum. Both works were nominated for the National Book Prize. Her mastery of both Maltese and French led her to translate Immanuel Mifsud’s Fl-Isem tal-Missier (u tal-Iben) and have it published by one of the leading French book publishers Gallimard, as Je t’ai vu pleurer.

In an interview on the podcast Markapaġna by the National Book Council, that is still to be released, Mifsud revealed that the poem collection Varjazzjonijiet tas-Skiet was written during the first wave of the pandemic, when everyone found themselves locked inside – a new, yet difficult experience. The collection reflects different experiences of silence: the unusual silence in roads and villages and also the absence of silence within households, with families living together 24/7 in small apartments.

When Mifsud was asked what the title of Poet Laureate meant to her, she answered, “Honour is the first word that comes to mind. It is an acknowledgment of work already done, but also a responsibility towards that which is yet to be done. There is still much to learn when it comes to writing. This title is not a destination, but rather an open door.”

The door seems to have opened wide to a myriad of opportunities. Mifsud is planning a future enriched with writing – both poetry and prose. She will be publishing a chapbook (a small collection of new poems) by the initial months of 2023, with Ede Books. She is also collaborating with Kotba Calleja on an innovative project where poetry will depart completely (or almost) from paper, and somewhere in a drawer is the beginning of another novel.

Mifsud joins the ranks of Maria Grech Ganado and John Aquilina, the only other two poets who have been awarded this title.