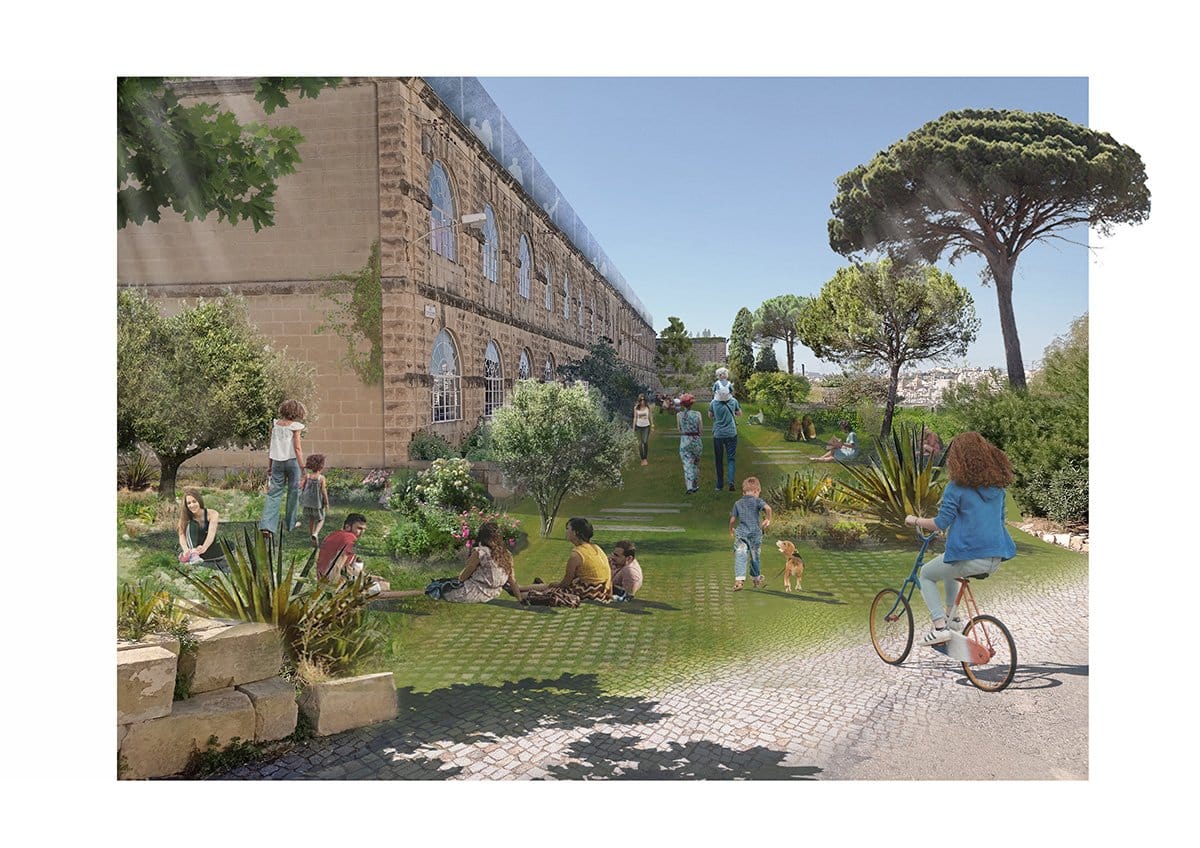 The concept is to reinstate the historic thread linking the bastions with a reinvigorated green belt running through the site, connecting MICAS to the entrance to Valletta as well as creating a new green, open and safe space.

“Cicero said, ‘if you have a garden in a Library, then nothing is missing’. This philosophy, in which architecture and landscape are deeply connected and interrelated, is at the core of our work”, commented David Felice, AP Valletta’s executive director. “The exercise we carried out at the Central Public Library area aims at bringing together books and the building with the surrounding landscape, injecting new life into the Central Public Library and its surroundings while restoring and enhancing its genius loci.”

Section across the area of the Central Public Library. Credits AP Valletta.

“Public libraries are an essential part of the book industry and also an important national asset,” remarked Mark Camilleri, the Chairman of the National Book Council. “We should make sure that public libraries are accessible, attractive and welcoming to the public. The current state of affairs leaves much to be desired, and with our plan we hope to regenerate the Central Public Library and increase its use at an exponential rate. We have to look to the future with concrete plans which are effective. Being complacent is not an option.” 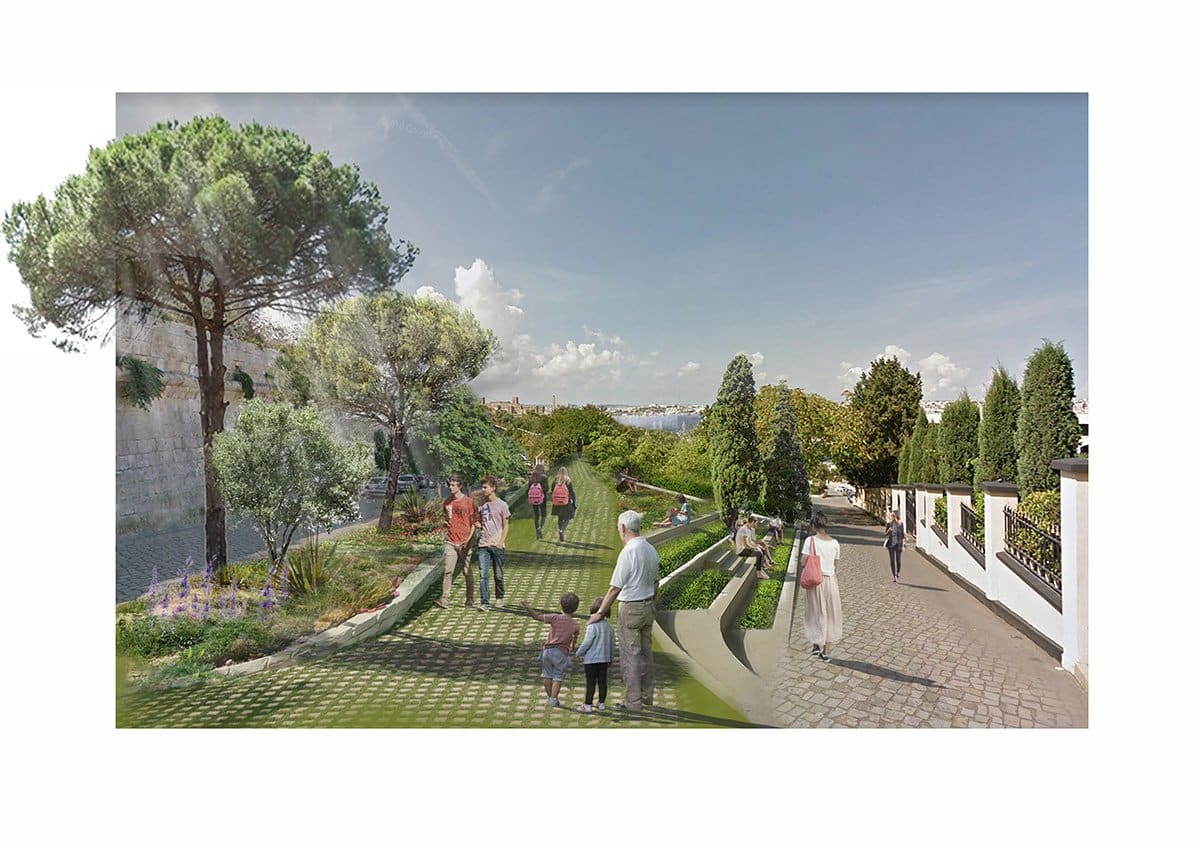 As a result of a preliminary phase of site analysis and research, The National Book Council and AP Valletta identified the four pillars of the regeneration:

– Improve visibility and accessibility through a new green pedestrian access which would invite people to explore the area and facilitate access to the roof level as a new entrance to the Central Public Library.
– Offer more and improved indoor and outdoor space, which could be reorganised to create new areas for different uses.
– Provide a series of flexible spaces to diversify activities and events such as public events, seminars and informal gatherings organised by the community, gravitating around culture, literature, education and leisure activities.
– Extend opening hours, keeping the library alive and open until late at night.

This independent design proposal is also part of ‘Building Futures’, a collaboration between AP Valletta and the Malta Chamber, which is also endorsing the project.