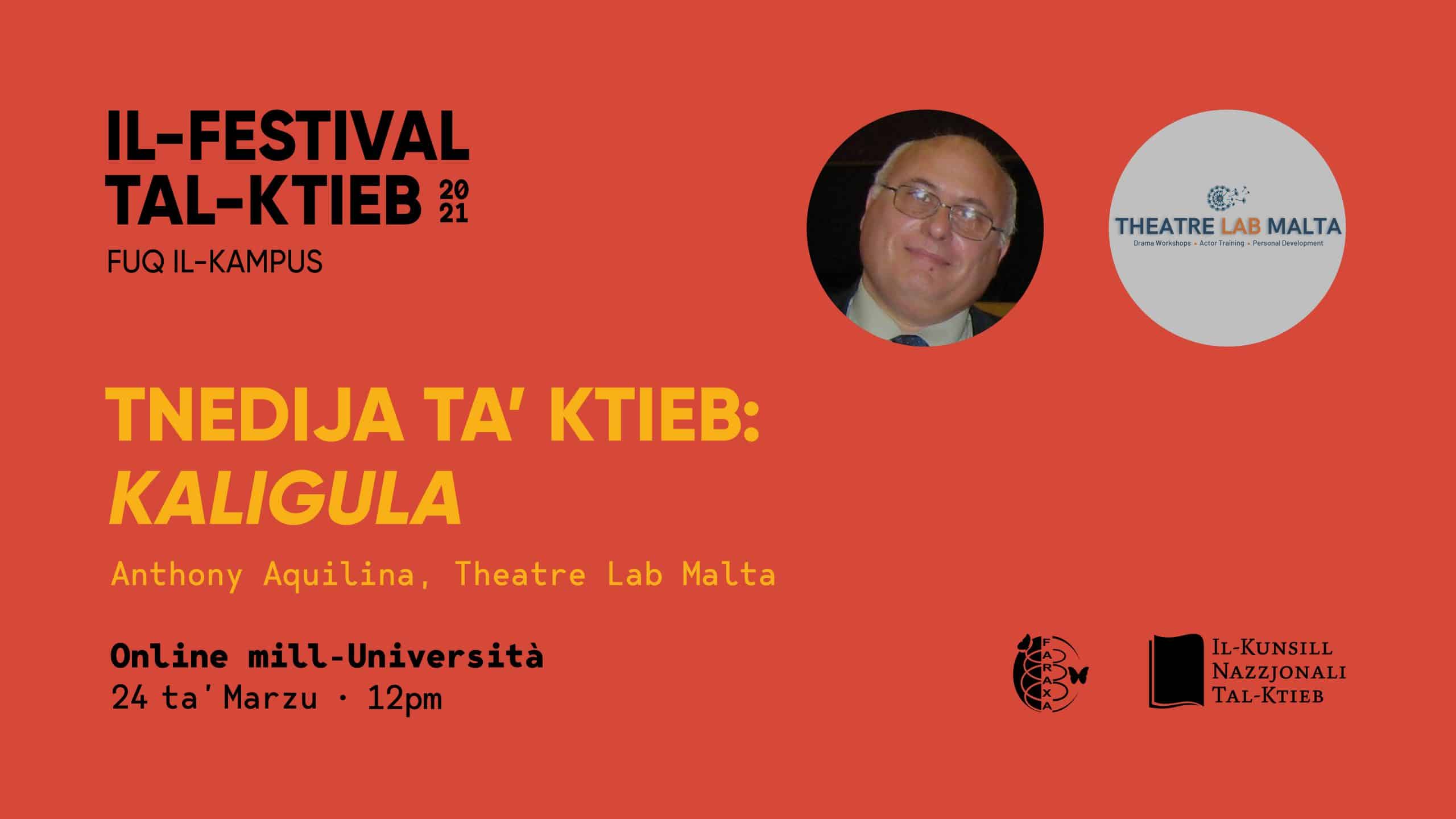 Another book in the translation series ‘Traduzzjonijiet Faraxa’ by Faraxa Publishing, the play Kaligula originally by Albert Camus and translated by Toni Aquilina. The play was one of two by Camus revolving around the Absurd. Prof. Aquilina’s talk will be accompanied by two performances by Clive Piscopo and Claire Piscopo from Theatre Lab Malta.

Anthony (Toni) Aquilina (b. 1954) (Chevalier and Officier dans l’Ordre des Palmes Academiques) is the author of about fifty books, mostly translations, and the co-author of subtitles of over ten foreign films into Maltese. He has also won the National Book Prize for Translations five times, and the International Premio Ostana – Scritture in Lingue Madre – Categoria Traduzione. He is Full Professor in the Department of Translation, Terminology and Interpreting Studies, Faculty of Arts, University of Malta.

THEATER LAB MALTA is an exciting and slightly different concept of how to learn acting, drama, and theater in Malta.